What’s your learning style? Do you prefer learning in a group and in an interactive setting? Or one-on-one? Do you retain information best through lectures, or visuals, or simply by reading books? 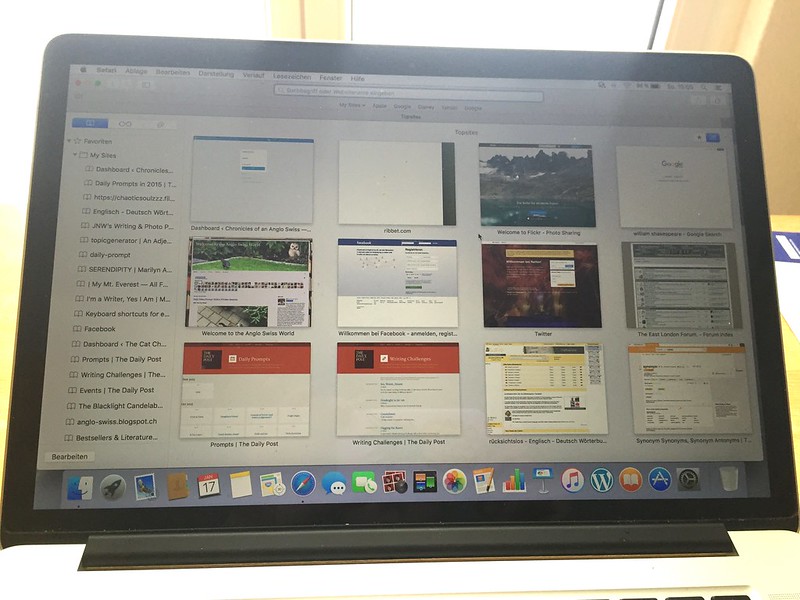 If you have a computer, why learn? If a cyber golden oldie forgets, she has the possibility of her iPad, computer and even iPhone, if she has one and don’t we all? Otherwise we would not be writing our daily prompt, although it is becoming possible to even write your contribution just by phone if your have small dainty fingers to be able to tap on the integrated keyboard. I do not, so I prefer comfort on a chair with a computer.

The question is do we learn anything? Life today has become easier for those of us whose memory fades quicker, especially if you are approaching the age of forgetfulness. Mrs. Angloswiss and Mr. Swiss are having a discussion.

“Do you remember Fred Smith? They are showing one of his films this evening on the TV.”

“Oh yes, he was quite good, is he still alive?”

Mr. Swiss disappears and returns with his iPad in his hands.

Is Mr. Swiss now the memory man, does he remember everything about Fred Smith? Of course not, where there is a Wikipedia there is a way. I do tend to annoy him from time to time when one of my favourite golden oldie songs are being played on the radio and I begin to sing along, word for word perfectly. Just enter the name of the song into your iPad and google supplies you with the title of the song complete with lyrics. Perfect, I can now sing along in a duet with the correct words. Today they played “Imagine” by John Lennon and I must say I never realised what perfect words the song contains. I am not sure if my rendering of the song as a duet with John Lennon was a perfect match. Mr. Swiss just mentioned afterwards that John Lennon was the poet of the duo Paul McCarthy and John Lennon, and I found it to be true - thanks to Google. There was a comment afterwards that my rendering of the song together with John Lennon was a little out of tune.

There are some things that the computer cannot supply and that is our local tax form and how to do it. The form is on the computer and Mr. Swiss has been completing it for many years. 2-3 years ago I decided I should be able to do it as well. One day I might be confronted with the problem of submitting our financial details to the local government on my own and so we both sat down at the computer together for 5-10 minutes. I know that was not enough time to learn how to do it, but there was a problem. I learn with the “learning by doing” system and Mr. Swiss can already do it and wants to show me how good he is at it. That system does not work, leading to various disagreements. We came to the conclusion that if circumstance ever arise that I was left to do the job on my own, I could give it to an office that is equipped for the task. It would cost something, but at least not my nervous condition. In the worse case I always have son No. 2, although he lives on the other side of Switzerland and has his own tax problems to deal with. I come to the conclusion that Switzerland is a country of accountants.

It also came to my mind that I have now lost touch with how the television functions. I can switch it on and off, but what lays in between are about 80-90 various channels in various languages and a DVD recorder which is not my sort of thing. I can operate an Apple computer, a windows computer with all the newest bells and whistles, but a TV - not really. Mr. Swiss does it perfectly. He even records the programme in the background, you do not even see the programme, but he makes it appear on the TV screen a few minutes or hours after it is finished. It is all organised. The programme begins on the hour and we begin watching 5 minutes later but it is all there. The wonders of modern science and Mr. Swiss of coure.

And now I have an appointment with my feline Tabby, who wants to write her contribution to today’s prompt.
Posted by Pat Gerber-Relf at 15:50