Walking down the street, you encounter a folded piece of paper on the sidewalk. You pick it up and read it and immediately, your life has changed. Describe this experience. 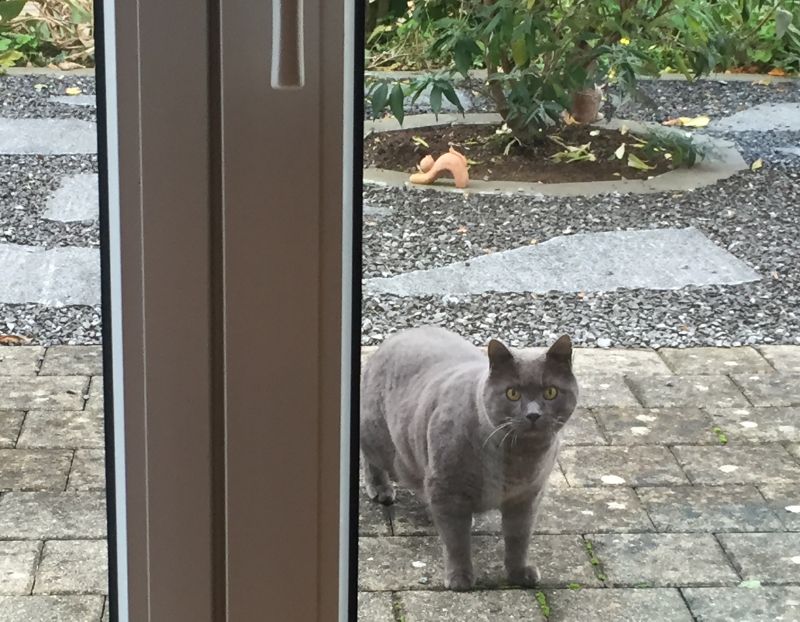 “Tabby, it looks like Butch, one of your feline friends is waiting for you to come out and play.”

“I beg your pardon, he does not want to play. He left a paw mark on a piece of paper in the garden yesterday and we all know what that means.”

“Perhaps felines do, but we humans do not.”

“Then it is better that you never learn what it means. When Butch writes a note with a paw print, your fate is sealed.”

“Only a feline, and you are only a human. If one of your human neighbours was standing in front of the window just waiting, how would you reaact?”

“That’s different Tabby, we are humans and do not stand in front of the window, unless there is a human that is a criminal and wants to break into your home and he is waiting to see when it would be the right moment.”

“Mrs. Human, all felines have a streak of criminal, some more  and some less. Butch invented criminal. Last week he was seen disappearing through the hedge with two branches of catmint in his mouth.”

“Yes, he was indulging in drugs again. He asked me to stand lookout while he was making his deals for two bowls of tuna fish.”

“And you refused of course?”

“Forget it, refusal of tuna fish is a feline crime. He is now waiting outside to do more dealing. He said I was the best lookout he had.”

“And you have refused?”

“Refuse two bowels of tuna fish? Are you out of your mind. No, but he wants me to take over his patch, because he is expanding his territory, that is why he is waiting outside the window.”

“I thought you did not want to meet Butch and take part in his deals.”

“Who said that? Not me, there are always profits where Butch is concerned, but it has just started to rain. Look Butch has now gone and we will both wait until it stops raining. Don’t do business in the rain - old feline saying.”