When you see mushrooms, you know it is Autumn 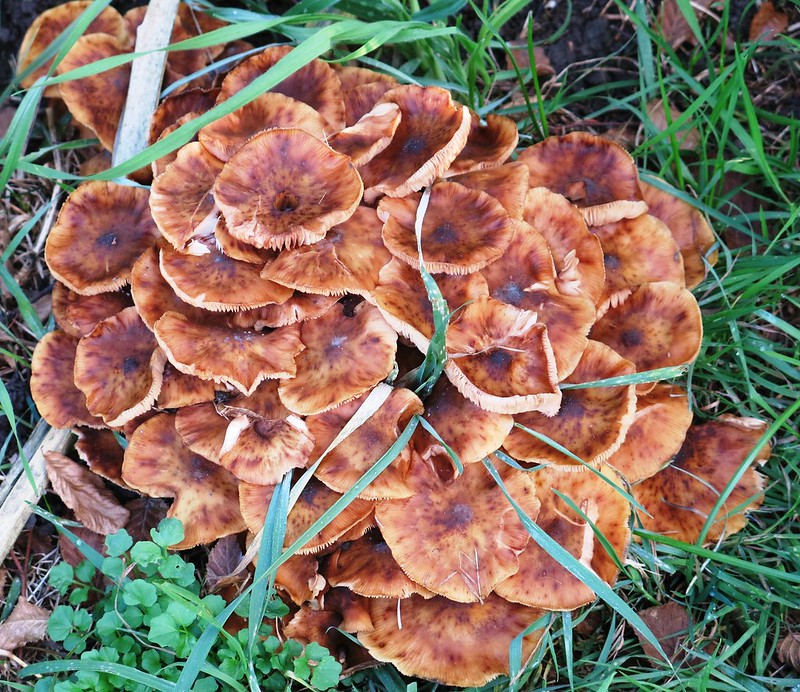 Today Mr. Swiss and I ventured out in the Autumn weather. The sun was shining, there were still some brave cows in the fields, although mainly in groups to shield off the cold wind blowing, but they survived. We noticed the horses had their winter covers on. They were not as brave as the cows.

On the long walk back I was scouring the ground for interesting things to photograph and saw a clump of mushrooms. They sort of belong to the local Autumn vegetation. I quite like a mushroom sauce, generally in white wine and cream, but the sort of mushroom I discovered were probably not the edible sort. We have people that make it an Autumn hobby to go searching for mushrooms.

We have an official office that examines your discoveries. I remember when my stepson brought some mushrooms home many years ago from a field belonging to a nearby farm. We were not sure if they were edible or not, so I went into town to find out. The official mushroom man happened to be a local policeman, so I had to go to the police station. He examined the find and discovered they were button mushrooms of a very good edible sort. The next question was where we found them. He said I would have to ask the farmer permission to keep them, but knowing the farmer there was no problem.

The mushroom collectors have a sort of secret mushroom sense to know where to find them and often if you go into the woods you can smell them. On the way home I discovered another sort, but also not edible. Eventually we arrived home tired, but happy and no I did not cook mushrooms for tea, we already had some in a sauce for lunch. 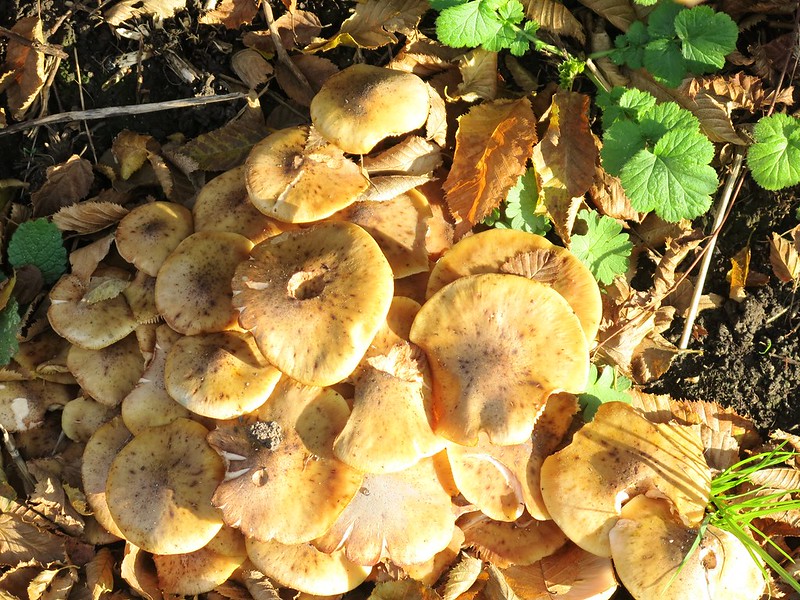