Tell us a story — fiction or non-fiction — with a twist we can’t see coming. 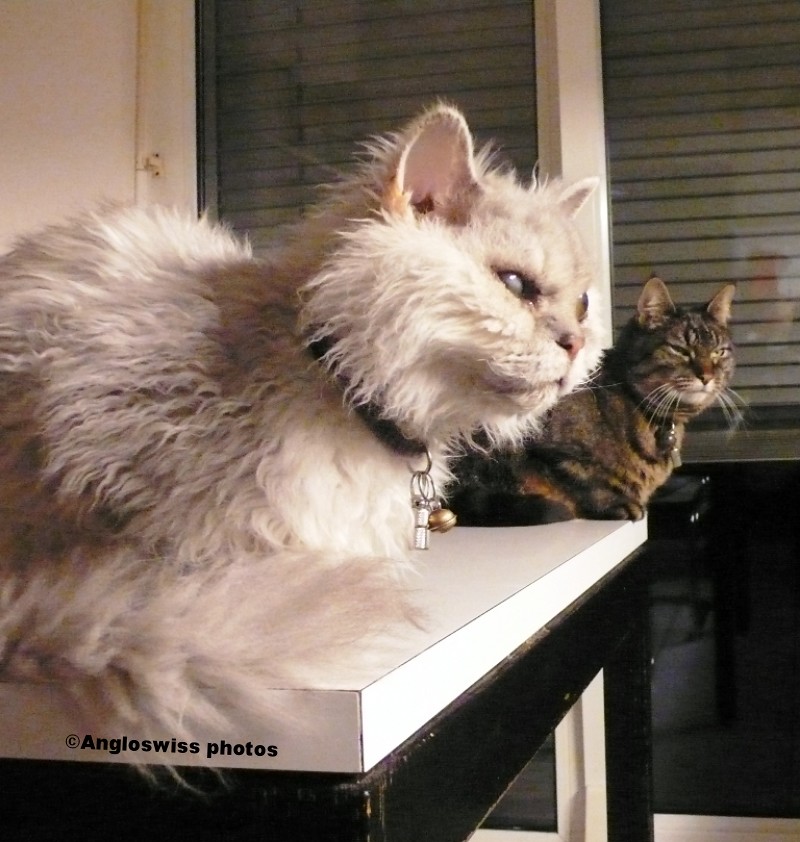 “There is something wrong here.”

“Seems to me everything is normal Tabby.”

“No, it definitely isn’t. On the photo you are bigger than me.”

“Perhaps it was the plant I ate yesterday.”

“You mean it made you grow?”

“The ginger tom across the road gave it to me, said that it was full of feline vitamins which would make my whiskers grow.”

“And you believed him. Selkirk Rex felines do not have whiskers. They break after they poke through, every feline knows that.”

“But he said there was a special ingredient in the plant that only worked on Selkirk Rex felines, known as Selkirk joint.”

“Never heard of it Fluffy and your whiskers are still the same length.”

“But you said I had grown and am bigger than you on the photo.”

“You are, does he have any more of that joint stuff?”

“You can ask him, but he wants 500 grammes of catnip or a tin of tuna fish for it.  I had to raid our supply of catnip, but it was worth it. I am now the biggest Selkirk Rex in the neighbourhood according to your description.”

“Fluffy, you are the only Selkirk Rex in the neighbourhood, so you have always been the biggest. And you mean there is no catnip left for me?”

“I am sure it will grow again Tabby.”

“Then stop rolling in it, otherwise it will not grow again.”

“Hello felines, how are we today, any problems or needs.”

“So Fluffy come down from the table, I want to take a photo of you with Tabby, but not on the table. The angle is wrong.”

“The angle is wrong?”

“Yes Tabby, it distorts the lens of my camera and Fluffy looks twice as large as usual. It is better I take a photo for one of your feline blogs where you sit in the garden relaxing paw in paw, then the proportions are normal.”

“Mrs. Human, we do not do paw in paw, I am me and Fluffy is well, a normal sized Selkirk Rex that has been swindled by a confidence trickster of a ginger tom and has Maine Coon illusions of size.”