Khalil Gibran once said that people will never understand one another unless language is reduced to seven words. What would your seven words be?

Reflecting on my last blog with this title  in October 2013 I realise that I then had no idea of what to nominate for the seven,  reduced words of language, and today I am not further. Just two years older, although my daily prompt system has made progress. I no longer rush to the computer after savouring my golden oldie midday after lunch sleep to discover what surprises the daily prompt has in store. I now take it slowly, no rush, because most of the time I have been there and done it all before. 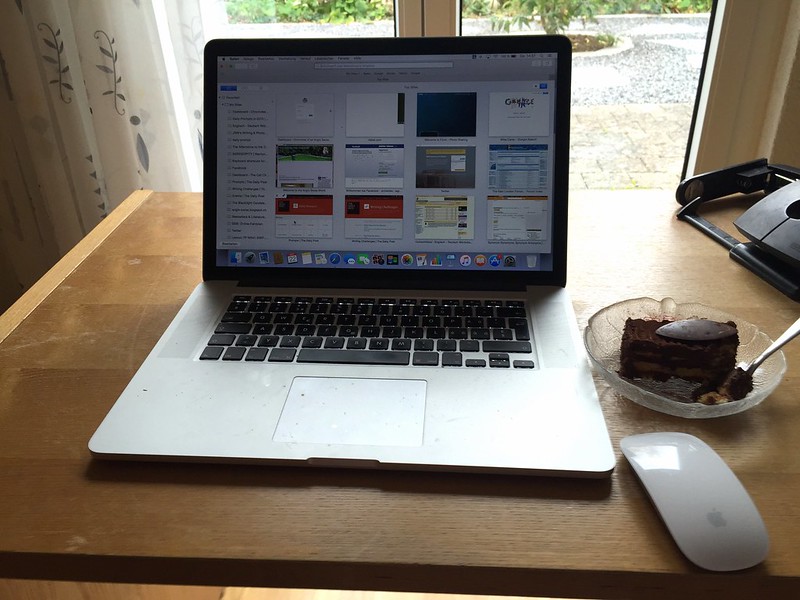 As you can see I now take it easy with a piece of cake and the computer. Mr. Swiss was in town this morning for a drum lesson and purchased two pieces of truffle cake from one of our confectionary shops. So there we already have a few necessary words: golden oldie, sleep, computer and cake, Note I put the cake in a small dish to stop the crumbs disturbing my computer keys. I have it “The golden-oldie sleeps, computerises and eats cake”.

Some people (not to mention names) would probably be very happy to realise that my language would be reduced to only seven words. I find that Khali Gibran must have lived in an isolated world, only speaking seven words. What could they have been, what did he mean by his mind breaking sentence? His words, whatever they were, have now influenced our daily prompt for two years, have been hanging over our heads like a damocles sword. We awaken every day, since two years, with the unanswered question, what were the words? We need them, we must have them, otherwise we will never be able to understand each other and write this daily prompt.

And now I have run out of something to say on this topic. My words were limited to only seven and they have been said, but one thing is sure. Everyone here reading my contribution now understand me much better. I have my seven words describing the meaning of life, the essence of internal communication, what it is all about. No, I have not just scratched the surface with this memorable statement, these words will enter the daily prompt archives, to be preserved for future generations of bloggers. I can see it now on my computer in perhaps ten years time (when I will then be 89 years old)

Angloswiss once said “The golden-oldie sleeps, computerises and eats cake”. What was the hidden meaning in these words, what bolt of transcendental lightening struck her as she was sitting at the computer, after her golden-oldie sleep, eating cake. Was it a message from another dimension, did she find her inspiration, the meaning of life, by discovering this unique expression with these unparalleled words of wisdom. We will never know, these things just happen, it is fate. And now to finish my cake.