What’s the thing you’re most scared to do? What would it take to get you to do it? 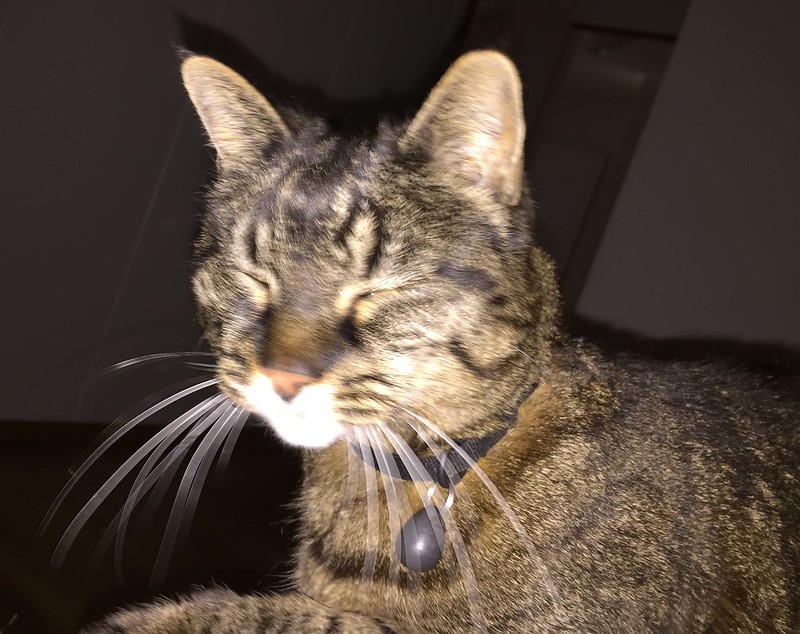 “Who me, I am not frightened of anything.”

“Of course not, Tabby, when I think how quick you hop through the cat flap if Butch or Roschti are following you..”

“Is that supposed to be a human joke Mrs. Human?”

“It is just the truth Tabby, but I know something you are frightened of.”

“Fireworks of course, all animals are frightened of fireworks.”

“First of all, I am a feline, god, and not just an animal. As far as fireworks are concerned, we are not frightened, we have respect.”

“It doesn’t look like respect when you charge through the cat flap at 200 miles an hour and sprint to hide under the bed.”

“That is just a trial run to see how fast I can really move Mrs. Human, just a coincidence that fireworks are exploding at the same time, although I would say that letting off fireworks is one of the most stupid things humans can do, and they do a lot of stupid things.”

“I would admit Tabby, they cost a lot of money, you light them, they explode and within a couple of minutes it is finished.”

“When is the next firework night Mrs. Human?”

“That might be at the beginning of the new year.”

“Will the space under the bed be free.”

“There is always room for you Tabby.”

“No, I was thinking to invite Butch and Roschti for a pawpad session, they are also allergic to fireworks. We could be together paw-in-paw until they are finished.”

“No problem Tabby. What about 1st August?”

“What happens then, is it some sort of god birthday, like Bastet.?”

“Yes it is the birthday of Switzerland, our national day. We light fires on the mountain tops and send rockets as well as exploding fireworks.”

“August you say, I will have to think that over. Perhaps it might rain.”

“It is a matter of choosing the lesser of the two evils.”
Posted by Pat Gerber-Relf at 16:43