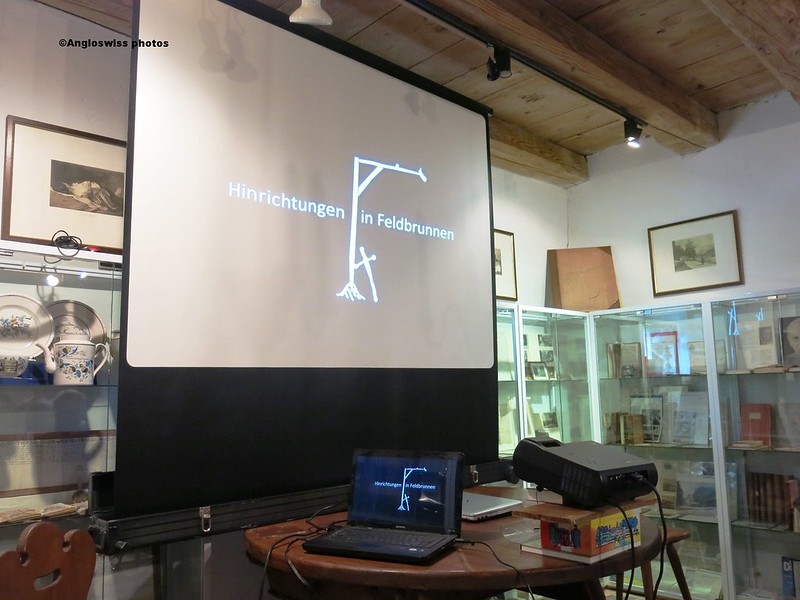 Although it is a topic generator, I sometimes think that it can read my thoughts, as I pulled the words “Graceful Stroke” today. Once a month, usually Sunday morning, our village organises a lecture about something. I do not go regularly, but often an author is invited that has written a book in connection with our area which is of interest. I marked today’s lecture in my diary as “must go” and after leaving Mr. Swiss and No. 1 son to themselves, I departed for the village museum which is just around the corner. Everything is just around the corner in my village of Feldbrunnen. The title of today’s lecture was Place of Execution, Feldbrunnen.

A couple of years ago they built an apartment house next to mine and uncovered a couple of skeletons as they were digging a large hole for the fundaments. There was a newspaper article, I even blogged about it and then our village went back to sleep. After putting the bones in the local museum and going into the story behind it all, today we had a lecture in the museum from our State doctor, who is the forensic expert for the local police, when and if they find a dead body, the state archeologist and a historian to tell us all about it. 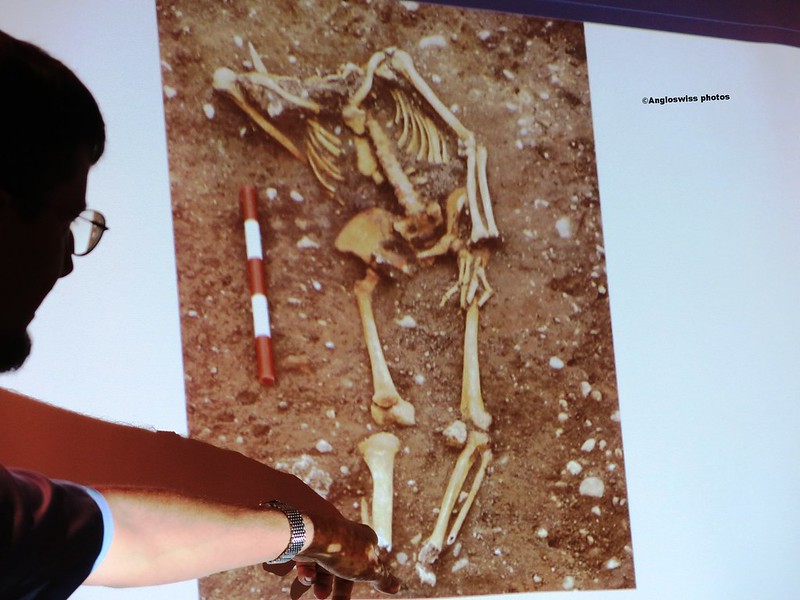 This is what they uncovered when the bulldozer was digging. It looks like a headless skeleton, but after digging a little deeper they found the belonging skull in between the legs. You can see that there are only the top bones of the right arm shown, they had to dig a little deeper for the rest of the arm. From this it was clear that it was not a burial, but just a hole they dug and threw the body into. It seems in the 16th century there were six places of execution in our area and they just threw the remains away afterwards. We were told that the men were usually hung, and the women executed, although it differed from case to case. In those days a majority of verdicts were the death sentence: blasphemy, stealing, prostitution and of course murder.

There were apparently no graceful strokes and one of the execution swords was found. It is not easy to define an execution sword, as it could be any sword, but the forensic expert explained how they had compared the blade to the incisions on the bones of the neck bones and in one case could prove that the sword was used. We saw a list of the names of the executioners in a space of 150 years, and the names repeatedly appeared, due to the fact that hangman/executioner seems to be a family business. Apparently no-one shook the hand of an executioner, although they were often visited in secret from various important people in the town. 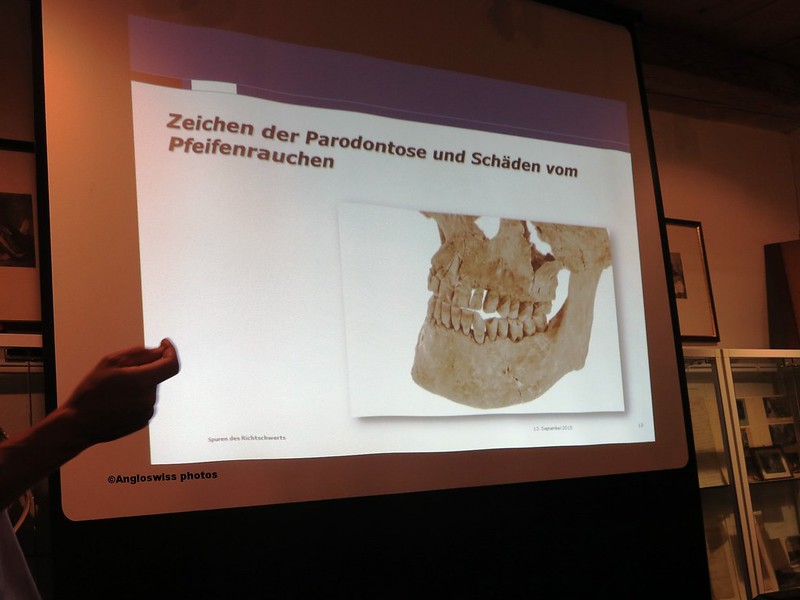 This was an interesting photo of a skull that was found. It showed that the unfortunate victim suffered from periodontosis (receding gums) and two teeth at the bottom show distinct signs that the victim was a pipe smoker, due to their angles.

Unfortunately the executioners were not always as good at their job as they should be, and had to often strike more than once. There was a case where one executioner was so unqualified, he was sentenced to death himself for negligence.

It was a full house at the museum, all the seats were occupied, and we were all busy taking photos. At the end of the lecture we could ask questions. After experiencing the finding of two skeletons next to where I live, I asked what the chances were that there were still some remains beneath my apartment - living on the ground floor. I was assured that the remains would have been found 20 years ago when my block was built, in as far as the bulldozer had not crushed them in the excavation work. The forensic expert added that it is very likely there are more remains nearby and when the building work continues, they would probably be uncovered.

After the lecture, refreshments were offered, a special “head-off” beer which is apparently brewed in the Kanton of Basel. I returned home to cook lunch. Luckily there were no bones in the meat as it was a filet of pork. And here is a photo of our forensic expert on the left, the historian on the right and in the middle the village chieftain who organised the whole thing. If you look carefully you can see the historian’s little dog peeping over her legs - perhaps she brought him in case there were some bones laying around. 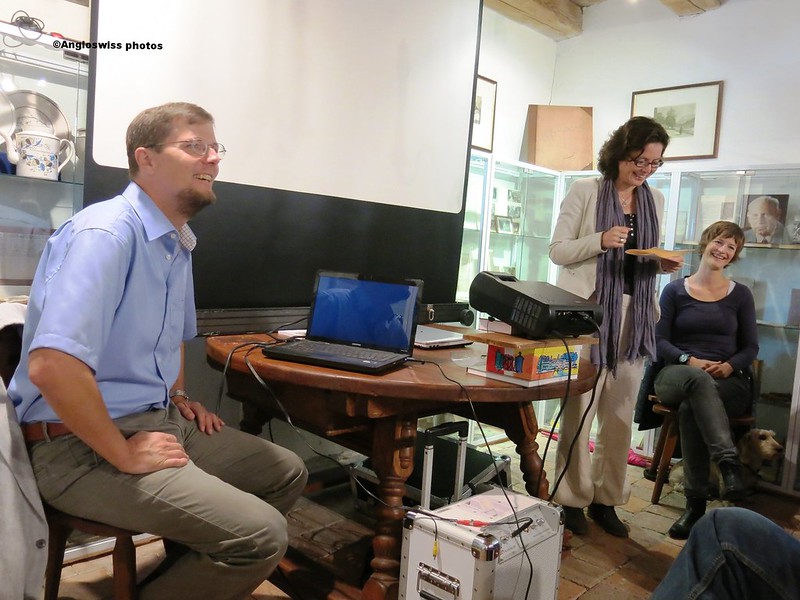