If you were the new leader of your country and had the chance to transform something that’s currently an annoyance (or worse) into a very fun activity, what would it be? How would you go about the change, and why would you choose that particular thing? 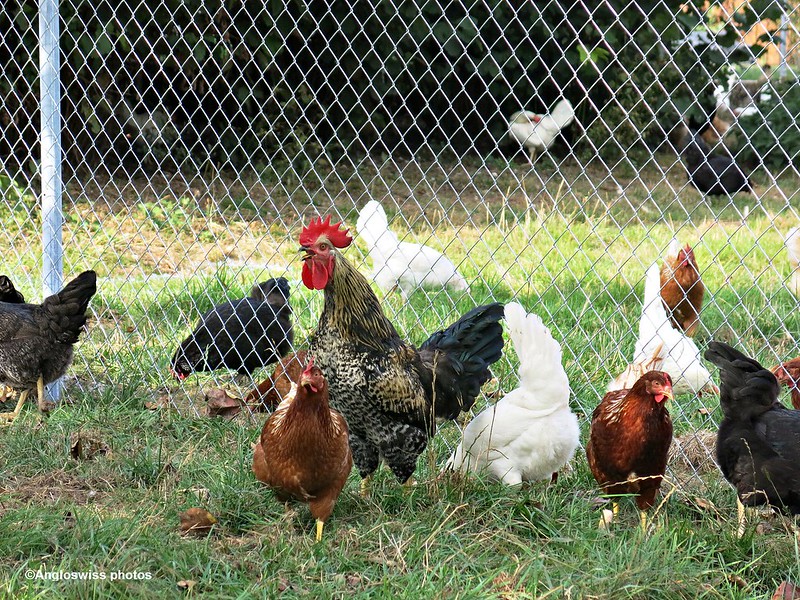 Here we have the president with his ministers. If the fox or the other parties do not get him first, he remains for a year and next year we have a new president, chosen from the ministers/other chickens. It does not have to be a man, it can also be a woman, although it took the Swiss Nation until February 1971 to decide that hens are also allowed to vote and become ministers.

It is a perfect country, and we all have fun. We love voting, at least three times a year for all sorts of things, it is called direct democracy, so if there is something that you do not approve of, just collect 100,000 signatures and it will be brought to the vote. Why not have some fun when voting.

This year is one of the years where we vote for our new members of parliament. Perhaps a MacDonalds could be organised in the voting locality. It would be so much more fun to sit down, fill out the forms and eat a hamburger at the same time. You could use the leaflets showing the politicians you do not want as a serviette, showing tomato ketchup stains with remainders of fried onions and pickled cucumbers. Or, as an alternative, a Cheese fondue could be served. The voters would all sit together and dip their bread into the cheese sauce. It is custom in Switzerland when eating fondue to pay for a glass of schnapps for everyone if the bread is lost in the fondue. Instead of this custom, the culprit would have to donate his right to vote to the others eating the fondue. At last you could have a good laugh when voting.

Travelling on the public transport would be a lot more fun if they decided to make it all free for golden oldies. Imagine the atmosphere in the trains and busses, everyone comparing their health problems, all the seats being occupied by the seniors on their daily excursion, together with their various individual walking aids. Actually this system has been applied in London for many years, but from 9 in the morning until 9 in the evening. Otherwise they have to pay. I know my dad loved it. He went everywhere with his girlfriend in London and all by bus. I think he referred to it as the freedom pass. Medical care, especially dentists, should also be free for the golden oldies, but only under the condition that they get the best treatment.

Otherwise we live in such a perfect chicken coop, we need no improvements. I wouldn’t “go about the change” as that would be too much responsibility. Let the government organise it and we golden oldies and senior citizens could organise marches carrying banners in protest if their solution does not meet with our approval.