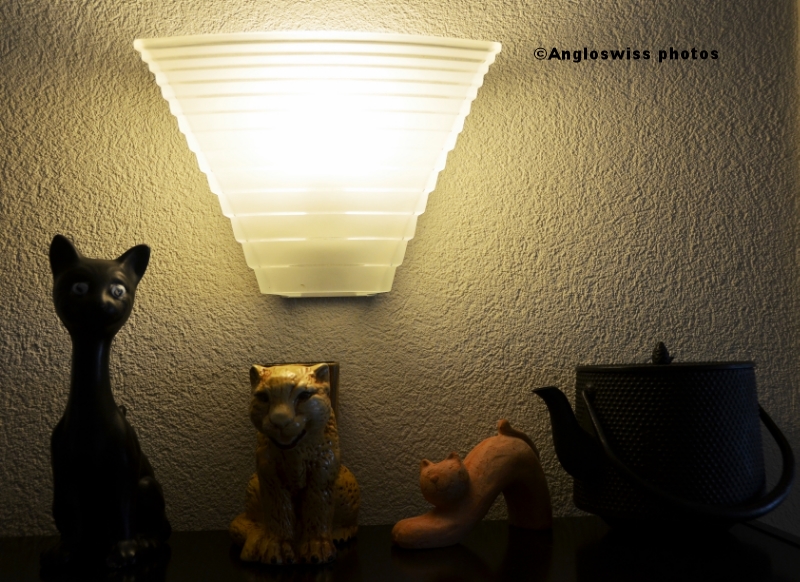 “What do you think Tabby. Looks very mysterious.”

“Yes Fluffy, it must mean something. Even the title is full of spaces with a question mark at the end. Do you think they are coming to take us away.”

“You mean all three of them. I don’t like the look of that one second from left, he has that jungle look on his fur.”

“Yes, definitely and the one on the right is bowing down to him. Do you think we should bring him some offerings of tuna fish.”

“No Fluffy, I think it is a tiger and they do not eat tuna fish. They are more into human meat, like a leg or an arm.”

“Are you mad Fluffy. We need Mrs. Human to open our tuna fish tins and to clean our recycling trays. No, let’s just ignore him. he might go away.”

“But I have never seen him move, he just sits there. The black one does resemble Bastet a little.”

“Yes, true, perhaps she is keeping him under control. Just a minute Fluffy, Mrs. Human is coming and putting them all in a big bag.”

“Perhaps she will kill them before they eat her.”

“No Fluffy, she is taking them out into the garden. Look.”

“Yes, I can see her from the window. She is arranging them all between the plants. Whew, at last they have gone.”

“Not quite Fluffy, did you hear that?”

“No problem Fluffy, it was Roschti the ginger tom from next door. He was going to mark them, but changed his mind. I don’t think he will be bothering us for a time, he is a real coward sometimes.”

“True, who could be afraid of a few cat models.”