Of all the technologies that have gone extinct in your lifetime, which one do you miss the most? 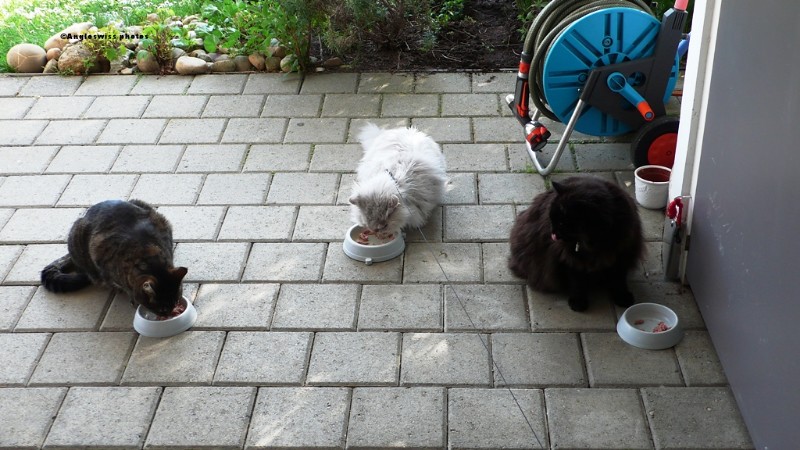 “I think I miss the good old days when food was food and not transformed into pellets.”

“Fluffy I am sure you grew up with pellets.”

“I did Tabby and so did you, but there was a time when we felines did our own thing. Roaming the fields, eating the meat freshly killed from the hunt, they must have been the good old days.”

“An how do you know about that.”

“I suppose I do. I believe my great grandfather lived on a farm, eating what was crawling and sleeking in the hay. Then life was feline worthy. The food never arrived in a plastic bag with an “eat before” date on it: nothing expired, a decomposing mouse had such an aroma and taste. You cannot replace it with a bag of vitamin filled pellets that you have to eat in six months. the mouse was still edible in six months.”

“Now you are overdoing it Tabby, we never kept a mouse long enough to know if it could still be eaten in six months. Six minutes was the usual eating time on a mouse.”

“Of course not Tabby, that took more time to digest.”

“Yes Fluffy, those were the days.”

“Do you remember the taste of fresh milk from the maternal tap, that could never be replaced.”

“I remember the fight I had to make sure that my departed sister, Nera, didn’t drink it empty before it was my turn. I am not sure if I have such happy memories.”

“But she was a stately feline, larger than any other I remember.”

“Of course she was, when she emptied the milk taps on her own.”

“At least we can still sleep and dream about it.”
Posted by Pat Gerber-Relf at 19:25