Bastet is building a new feline spacecraft that will carry the best of modern feline culture. What belongs onboard? 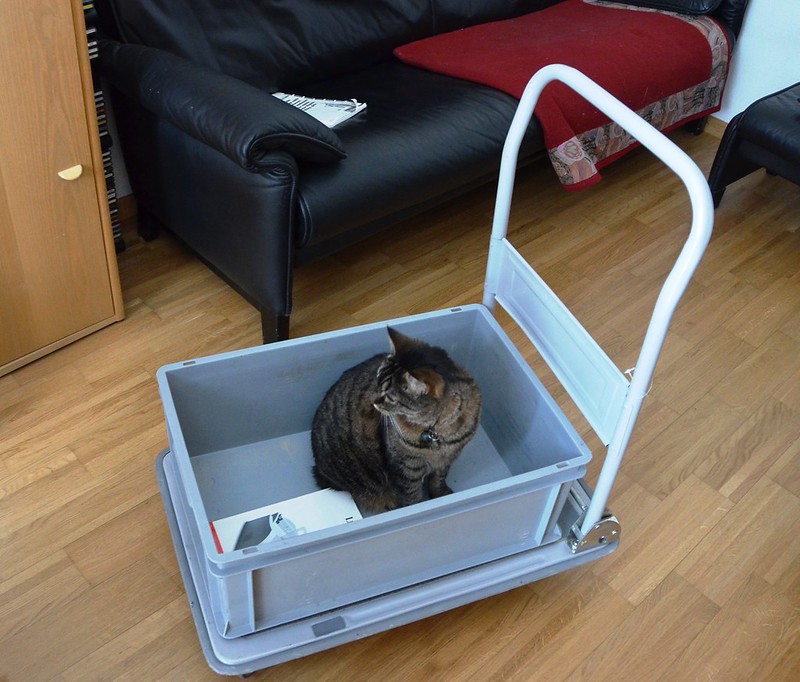 “Come on Fluffy, hurry up, we don’t have all day, the our feline spacecraft will be leaving soon.”

“Do you think three tins of tuna fish will be enough Tabby?”

“Yes, that will do, but don’t forget a bag of vitamin enriched pellets.”

“We don’t, but perhaps the felines on our mother planet might find them useful. They could play games with them, pawing them over nets.”

“I wish I could be going as well Tabby. We can never play feline volley ball on the earth. Should we include a photo of Mrs. Human?”

“I am not sure Fluffy. Oh, yes, just a minute, perhaps the photo where she is cleaning our recycling tray to show how well we have the humans under our control. It would also make a good impression.”

“Don’t forget the film of me sitting next to a dead mouse.”

“But Tabby, the mouse was already dead. The feline next door killed it and left it.”

“They don't have to know everything. I will be famous throughout the feline universe with my talents.”

“Ok, but put the photo of me with the bird in my mouth in the box. It was my bird and I caught it.”

“Now the box is full Fluffy and the feline from the FELEX is waiting outside with the feline spacecraft. Let’s wave our paws as he takes off.”