Daily Feline Post: Always a meow to remind me

A song comes on the radio and instantly, you’re transported to a different time and place. Which song(s) bring back memories for you and why? Be sure to mention the song, and describe the memory it evokes. 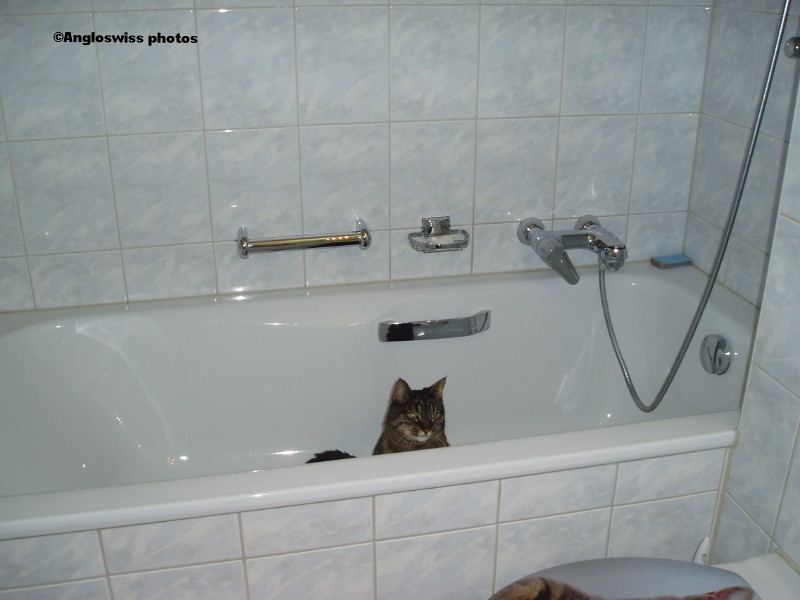 “We felines don’t listen to radios, too much noise and disturbance.”

“True Tabby. That’s why you prefer to sing in the bathroom.”

“Of course, I am on my own and the resonance of my feline high tones are perfect. Fluffy, did I once tell you that I had the chance of becoming the lead singer in the cat choir in our area?”

“A new feline arrived in town and he could hit the high notes better than I. I have a rich soprano meow but his was even higher.”

“Yes, degrading really, but he could hiss much louder than I could. I decided to just remain in the bathroom and practice.”

“I also have quite a good voice Tabby. Mrs. Human tells me she can hear me all over our home, even in the middle of night. I even wake her with my meows.”

“I know Fluffy, you also wake me with your meows.”

“Perhaps we could practice together, we might even reach No. 1 in the meow hit parade and get a tuna fish disc for our efforts.”

“I don’t think so Fluffy.

“Remember Cat Marley, the great singer with the same dreadlocks as I have on my head, although longer.”

“Of course Fluffy, he was one of the greatest. I remember his greatest hit “No Feline no Meow”.

“His words were “One good thing about a meow, when it hits you, you win half a life.”

“Ok Fluffy, you are not Cat Marley and Mrs. Human is already covering her ears.”