Daiily Prompt: The Kindness of Strangers

When was the last time a stranger did something particularly kind, generous, or selfless for you? Tell us what happened! 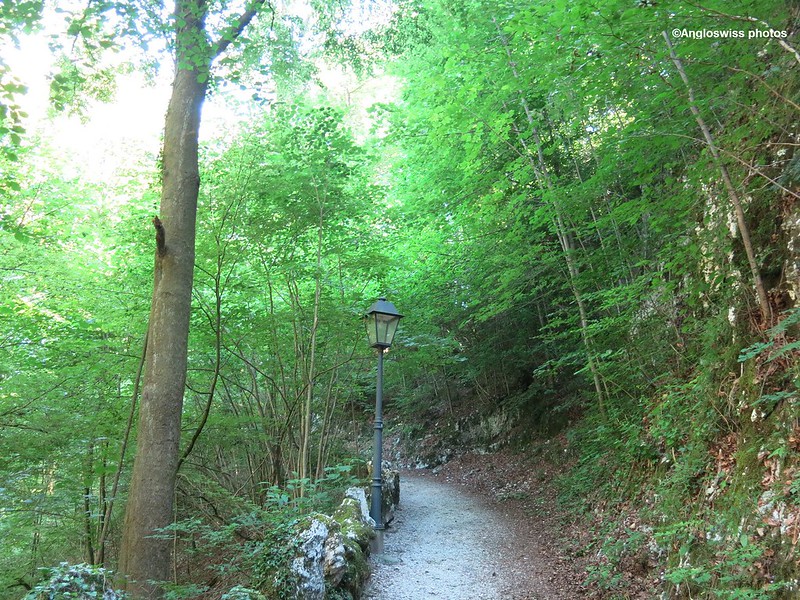 As I reported a couple of days ago, Mr. Swiss an I went on a mission to visit the local hermit who lives in a place called the “Einsiedelei” all on her own. It was a nice hot day and so the cool air in the Verena gorge as it is known, was welcome. Unfortunately it seemed that half of the area also discovered it would be a good idea and so we were dodging in and out trying to avoid meeting people. As no-one fell down the steep slopes of the gorge, or fell trying to get back to civilisation, there was no necessity for complete strangers to help anyone.

Mr. Swiss helped me to return to civilisation as we took the high path to return home and it was a very steep descent. I needed a protective hand on my arm to ensure that I did not set up a record of being the fastest descent in the gorge history. There were many traps on the path, probably to test the abilities of the pilgrims. The path was lined with tree roots and stones, and also gravel. For me they were an invitation to prove how to survive. It seems that midnight walks are not so popular as the lamp in the photo was the only lamp I found. There were a few candles here and there in various gaps in the rocks, either for the romantic effect or perhaps the hermit was not allowed to have electricity, being non hermit friendly.

On the other hand who needs electricity. I had enough difficulty finding my way during the day, not to talk of a midnight sojourn. Whoever put the lamp on the high path of the gorge was a stranger doing something kind for the evening pilgrims.

Otherwise, since writing this prompt the last time, there have been no deeds of kindness or generosity performed for me. Of course Mr. Swiss does his 50% in cleaning the apartment. He will often do a quick shopping tour if I have forgotten something and regularly empties the felines recycling tray. I also selflessly cook lunch for him (and me) daily. In return he prepares the evening meal, so what could possibly go wrong. I live a secluded life in the Swiss countryside, although I did rescue a spider last week. He or she (difficult to say when it concerns spiders) was in our bathroom. I did not mind the spider being there. It was perched on the tiles and doing what spiders do.

“Good morning spider” I said “do you have the feeling you are in the wrong place at the wrong time.”

“Definitely. It is not the fate of a spider to sit on tiled walls in a place that is so spotlessly clean there is nothing to eat. I would not even dream of spinning a web here, although perhaps where the ceiling meets the walls.”

“I would not advise it spider, humans are not so keen on spider webs in their bathrooms, but I have a suggestion, if you don’t mind. I am a stranger and are determined to do something particular kind and selfless for you.”

“Oh yes, you have a female spider for me?”

“No, not exactly (at this point I realised I had a male spider). I thought I would fetch a spider friendly container which you could climb into wit a little help from me. I would cover it with a spider friendly piece of paper and carry you to the outside world in my garden. I am sure my garden is teaming with female spiders (I did not tell him that they usually devour the male after the action has taken place)”.

He thanked me profusely and I carried him carefully to the outdoor world where he sped away into the undergrowth looking for someone to love. You see it is no good hoping that others will assist you, you have to take the initiative yourself.