You’re having a nightmare, and have to choose between three doors. Pick one, and tell us about what you find on the other side. 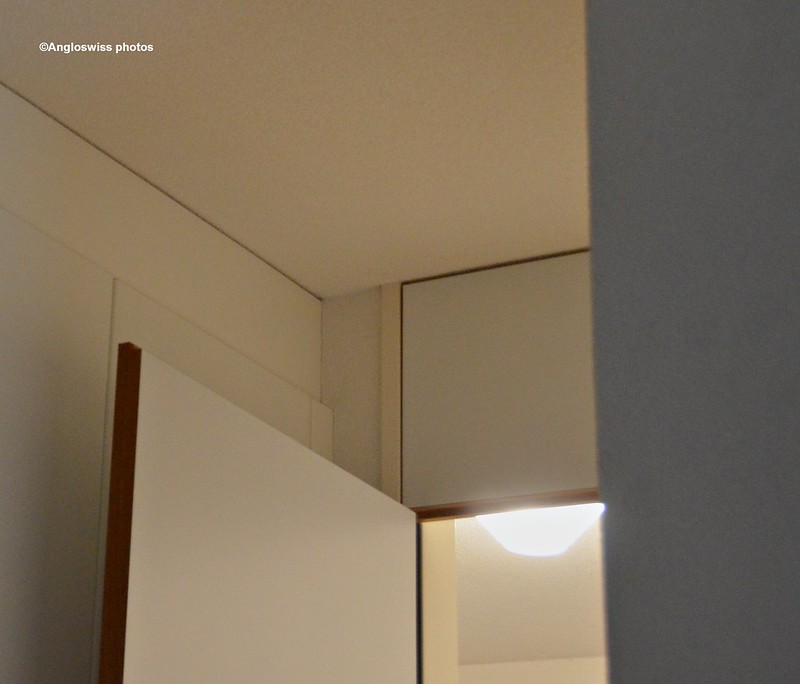 There are doors and doors. Some doors are square, some rectangular and some open into a dark dismal path of no return. You can dream of these doors, knowing that when you open one there might be a monster behind it. There was a dream once with a tangly wiggly frumerous dankly of cubletigated frigerous chumbles. Yes, behind the door a Jabberwock was lurking, spoiling the drudgerous thoughts of an innocent sleeping victim. I called upon the bandersnatch who killed the jabberwock with one swipe of its fladdly blade. With what? Yes reader and fellow bloggers, there was no vorpal sword to help. The slithy toves were using it to open the next door. And so I progressed to the next door.

The handle was slippery, as if a slimy hand had tried to open the door. I looked and found it was my hand and remembered I should not eat jello before trying to open doors in dreams. It could become very complicated. A hand gave me a damp cloth to wipe off the slime from my hands and the door handle. A hand? I took a closer look as this hand was very cold and sharp. It was a bony hand, with two fingers missing. Where was I, I did not like this dream, but now I could turn the slimy door handle. There was a shriek, a hollow laugh, and something moved across the hairs on my head. I shivered, it was a friendly spider. He was friendly because he moved on and did not stay. There was a distant rumble, a severed head tumbled to the ground on the rails. I found myself in the ghost train of the international union of ghost drivers.

“Hello” said a voice “would you like to go for a ride? I can only sell you a one way ticket, but it is the best way to go, illuminated by the fires of hell and the cauldron of unknown destinations. You will love it.”

“You are not sure, you have to be sure. It is not everyone that can take this eternal ride. The last human that joined us is still travelling, he loves it, especially the downhill run.”

“Yes it goes up and down, we have to keep it interesting otherwise people would not join us. We are only charging two souls today, special price, two for one.”

“Do not ask, the seat is still warm, I just have to clean it first of all. Blood stains are not a good encouragement for our guests.”

“I think I made a mistake. Sorry to bother you, where is the door out?”

“We don’t do doors out usually, but you can try this one” and he pointed to a trapdoor between the rails. “You must be quick, the next train is coming down the track soon.”

I decided to grab the chance when I could and pulled the ring in the door. This was not such a good idea, it was the third door and I felt myself falling into an endless space. This time there was no return, it was the third door, and according to the dreamland special from WordPress it was my last choice. With a squelch I landed on a table. My WordPress t-shirt was ruined, covered in brown stains. At least it was not blood. I took a taste and found it to be chocolate flavoured. I had an omen of something evil, a recurring nightmare that had been following me for some time.

I hear metallic peals of laughter, I saw reflections in the dark. This was the end of a horror trip. Gleaming pairs of artificial eyes were staring, and there was a murmur which was becoming louder. Voices were calling in unison

I realised this door lead to the infinite torture. Someone put the lights on and they stared in my direction: it was the Wordy den, the place that no-one goes in their right mind. I left and returned to the ghost train, but the driver was holding his bony hand out for a soul. In the meanwhile I could not remember where I had put my soul, and so I took shelter in Jabberwocky, but it was brillig and I was pelted with momraths and jujub tree fruit. Then I awoke.

I was back to the present day, still trying to think what I should write for a repeat prompt I once wrote on 20th December 2012 where I was being chased by a slimy fish

Do you ever have a déjà vue with these prompts?


Click here for more
Posted by Pat Gerber-Relf at 16:27