Daily Feline Prompt: The Feline Show must go on 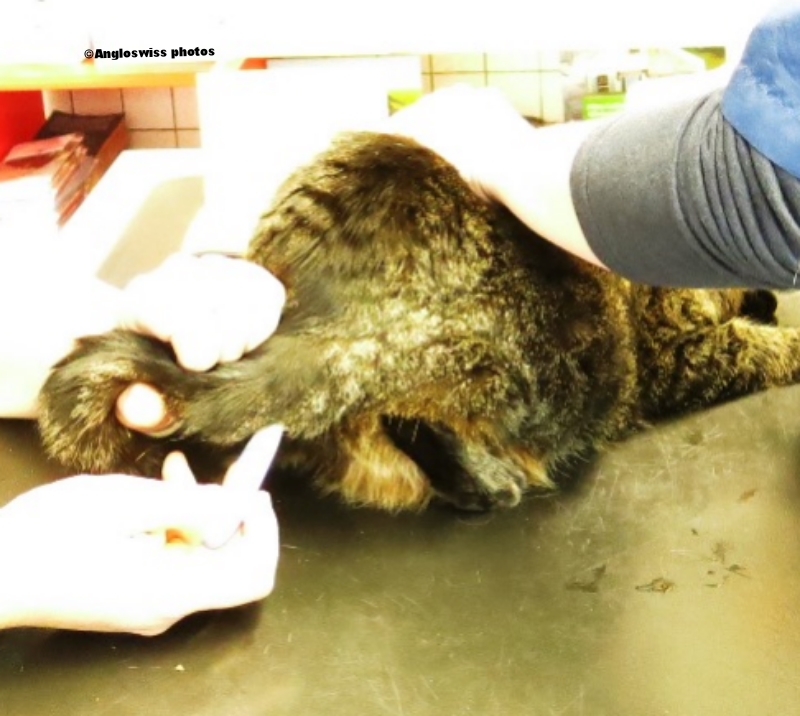 “What is that Fluffy.”

“It’s the poster I designed for our new film.”

“We are now in the film business?”

“Yes Tabby, Our daily feline prompt requests being involved in a movie. We can be director or producer or the star. I decided to do the directing and producing and you are the star.”

“And what is this film called.”

“I thought I would do a horror movie “The Demon Vet Strikes Again”.

“That is according to the success of the film, but the famous scriptwriter Feline Tarantino said he would help with the screenplay. It all begins when a brave feline is taken to the vets.”

“That happens every year Fluffy, do I now get paid for it?”

“Wait a minute. The screen play says that the vet is infected with the dreaded anti worm pill virus and gives it to all the felines that visit his surgery.”

“You mean pure, without crushing and mixing it in yogurt.”

“Yes, that is the pure horror of this film. He then takes a jabbing tool and inserts medicine into the tender part of the feline. she shrieks with a horrific meow and jumps from the table.”

“What happens then Fluffy?”

“That depends on you. You now have to develop your method acting talents, something like Marlon Gatto in “On the Water Rooftiles” film.”

“In the dramatic meow arts, method acting is a group of back paw techniques applied to create in themselves the thoughts and feelings of their characters, so as to develop lifelike performances.”

“Ah, I get it, if it itches, then scratch it, but not just a normal raise the leg move, do it with feeling. Raise the leg artistically, with feline, meow, hair splitting vibrance in the feline vocal chords and do it all in slow motion, with feeling. No problem Fluffy, can I cough up a hair ball as well.”

“No, I don’t think so Tabby, that does not go down to well with the audience.”

“I thought I would bring some reality into my actions.”

“You can do that in the last scene.”

“No, Tabby, he kills you with a poisoned syringe.”

“You don’t it is all in the film and you will leave an undying memory in the film world.”

“I will have to think about it. What’s the pay?”