There are no letters in the meow language, Choose a meow and write a blog post without using it. (Feeling really brave? Make it a vowel!) 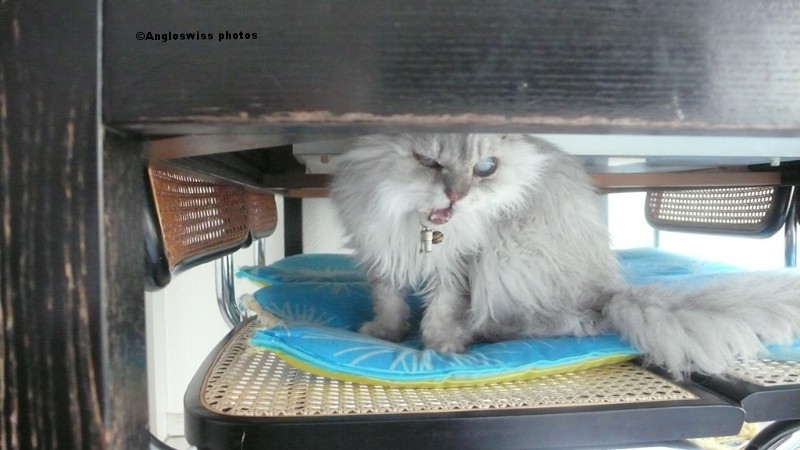 “Fluffy, it’s something that humans have in their primitive language. They have to write things that they say.”

“You mean that they have no telepathy.”

“No, Fluffy, it is a primitive race and they never reached the higher levels of communication like us felines. They never attained the status of begin god. We should always pity those not so fortunate as us.”

“Oh, I see. It is a good job we have an automatic translator on our pawpads from meow to human, otherwise we would never be able to impart the feline word in the Daily Feline Prompt.”

“Quite right Fluffy. We can thank the infinite wisdom of Albert Felinestein and his development in the formula F=mc2 meaning Feline = meowcat x meowcat.”

“Oh yes, Tabby, he really brought it down to the basics for every feline to understand. I believe he was copied by some human as well.”

“He was, but the difference is that the Albert Felinestein equation is understood by all felines and the human primitive equivalent is only understood by the chosen few humans.”

“Then we really should help the humans, they live in such a complicated world. All this shopping and cleaning and money stuff. Thank goodness we never need anything like that.”

“Of course not Fluffy, for that we have the humans.”

Click here for more
Posted by Pat Gerber-Relf at 19:48