You’ve being exiled to a private island, and your captors will only supply you with five foods. What do you pick? 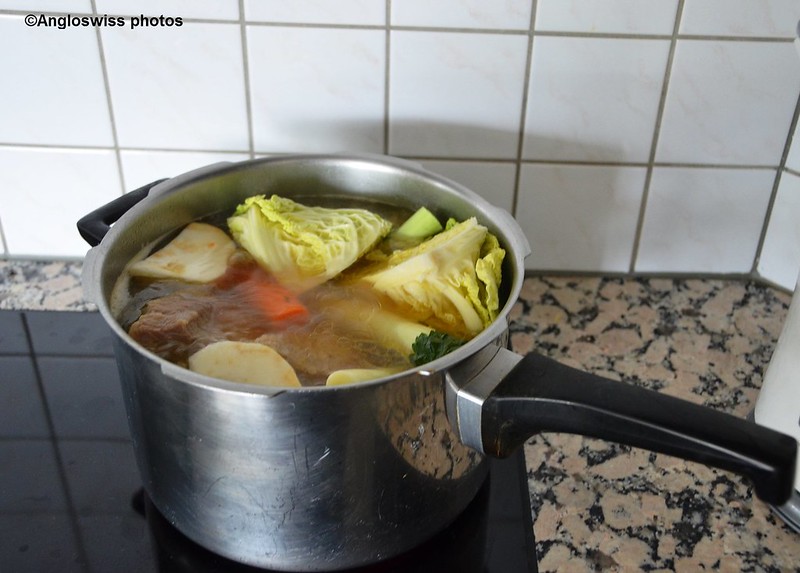 “This was a stupid prompt leaving me unmotivated the first time round.”

“But Mrs. Angloswiss, it was brought to inspire your imagination and tell us all about your favourite foods.”

“Woody, this has nothing do to with favourite foods. I am on a private island and get five foods. How would you like to eat just chocolate cake for the rest of your life?”

“Oh yes, Mrs. Angloswiss, but fresh and not that old stale stuff you served me this week.”

“There is no mention of anything being fresh in this prompt. I am on a private island? Who has private islands today? Only millionaires, experimental farms trying to change the world with new developments in the nature of things or something infected with radiation. I would probably die from other causes than the food.”

“Mrs. Angloswiss it is just a game, a daily prompt and you have such a wonderful imagination.”

“Mrs. Angloswiss your imagination is running away with you again. I am Wordy your help and support in all problematic situations. Tell us about the nice pot of food on the picture.”

“It was lunch last Sunday. Yes, that might fit. Mr. Swiss suggested a pot au feu translated direct from the French as “Pot on the fire” so what could be better and very easy to cook. First of all fill up a large pot with water and boil it. It is very hot and could shrivel your fingers if you put your hand in it, but we are not cooking human flesh, are we Wordy?

Now for the ingredients. I would suggest flavouring the water with perhaps some bouillon powder, or just salt. No-one likes to eat a good cooked dish with no spice do they Wordy? Even stewed meat would be tasteless without a sprinkle of salt. Now we have the first problem. I am only allowed five things on the this desert island, which might be radioactive contaminated. I want meat in my soup. Who will kill the meat? Will these captors on my island kill for me? That is not included in the prompt. Will I have to do it myself? I do not kill living things Wordy. Now and again I might make an exception and tread on a fly. I have even been known to dismember mechanical things. Wordy, stay here and stop shaking, I am telling you about my five ingredients.

So we have a nice meaty soup and now for the veg. Do you like carrots Wordy? Yes, good, then I will peel a few and put them in the saucepan. Some celery, leek, cabbage Ok, fine. There we are Wordy we have our five ingredients. I am sure you would like some nice additional flavour. I will chop up a few parsley leaves, just for the flavour.

Now to prepare the meaty part of the dish. Wordy stay here. I need this machete to chop the meat. Don’t be worried, where are you going?

I don’t know what is wrong with him. I thought he was enjoying this harmless little prompt and now he has run away. Perhaps it was the machete, perhaps because I was chasing him with it or perhaps the name of my dish disturbed him, and I was so pleased with it. On my private island anything goes. They did not say where the food came from and I just cannot kill the little harmless animals that live there. So Wordy come here. I can see you hiding in the branches of that tree. You are my fifth ingredient. I named the dish after you, Wordy stew.”

Click here for more
Posted by Pat Gerber-Relf at 15:54