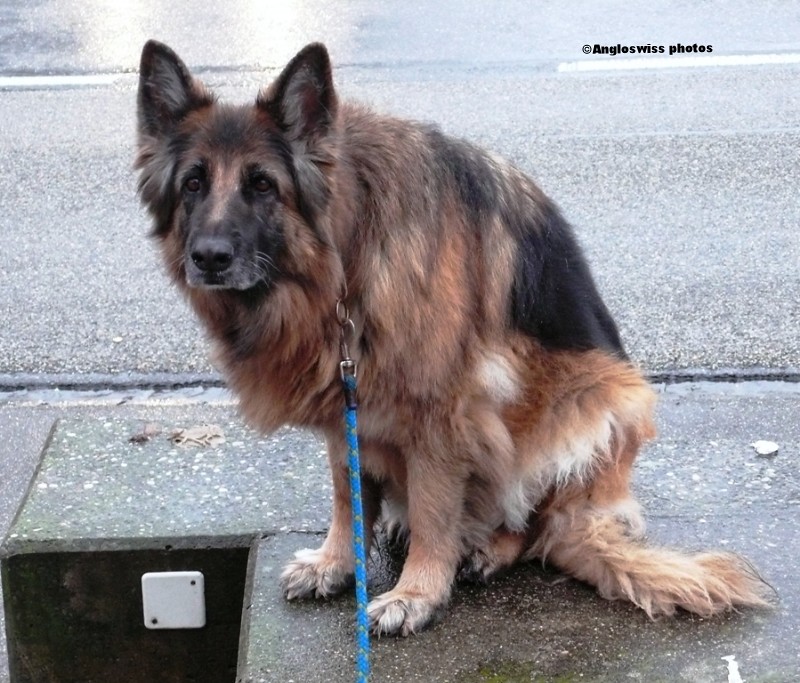 “I cannot see the dog on the photo because I am blind, whatever that is,  but I know what a dog is Tabby. They have a sort of, well, doggy smell, not as  sweet flavoured as us felines and they bark.”

“So what do you do when you know there is a dog near.”

“I run Tabby as fast as my four paws will carry me.”

“That is because you are a beginner Fluffy. We are felines and we do not succumb to nervousness when there is a dog nearby.”

“We look it in the eyes with an intense “I could kill you” look.”

“Does that work Tabby, does it go away?”

“If the dog is smaller than you are it might yap a bit and go, if it is a specimen like in the photo, an Alsatian, it will stay and return your stare.”

“We remain where we are of course and try it with a hiss.”

“And that will frighten the dog.”

“It could be that the dog barks.”

“Oh yes, they can be very loud. But then they go.”

“Errr, they should Fluffy, but there are canines that have no respect for us felines that were worshipped as gods in the old country.”

“Run for your life and dive in the next cat flap or up a tree. I would add that trees are only used if you know you can descend after the canine has gone.”

“What if the canine doesn’t go?”

Click here for more
Posted by Pat Gerber-Relf at 16:38