You have the chance to write one last post on your blog before you stop blogging forever. Write it. 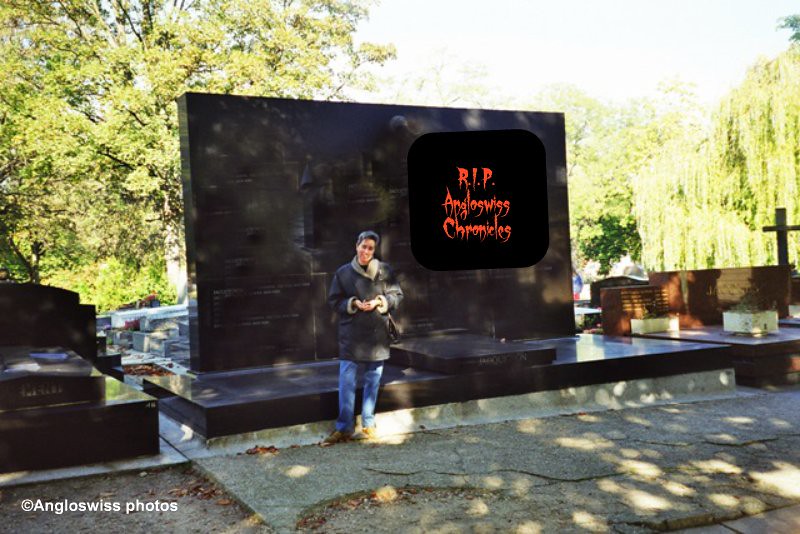 Dearly beloved fellow bloggers, we are gathered here today to mourn the blogging loss of our beloved blogger, Angloswiss. She battled her way through all the obstacles placed in her path, but she remained steadfast to the end.

We will remember her as being resolute, obstinate and ignorant to the end, ignoring the words of warning placed on her way by the brotherhood of WP, but
she did not listen and above all not read the words written on the grid. It was a hard fight, she lost some words on the way, but carry on regardless was her motto.

We remember the day when the grid appeared. She was lost, desperate, no-one wanted to understand her feelings on the loss of the pingbacks. She was warned, pingbacks were a dying breed, no longer needed and should neither be seen or heard. She wept many tears, she begged on her knees, she pleaded, but to no avail. The pingbacks were gone, decomposing in a lost place somewhere in Silicon Valley.. Now and again a few might raise their head in defiance, but the day came when Angloswiss wrote “there will no longer be pingbacks on my blog”, and so it was.

The grid was creeping over her computer, demolishing all chances of a normal blogging experience, but she never gave up. Oh, the despair when she was confronted with the days when it was not possible to spread the blogging word, due to those dreaded words “0 responses”, but she continued, undaunted and defied the Wordys of this blogging world. They were closing in on her, slipped into the grid by an unknown demon.

Then came the day when Wordy appeared on her doorstep regularly eating her famous chocolate cake and dropping the crumbs into the keyboard. Was this the secret weapon engaged by the dark forces of the blogging world? Were they out to finish her brave efforts?

She continued ignoring the attempts of blog assassination. Her strength was waning despite her efforts to fight back and protect her blogging world. And then the final insult, the grid expanded including prompts of the ancient days. She was bewildered, no longer found the way out and was trapped in a maze of blogs implanted on the grid. A confrontation of words written some years ago, with photos and waning likes. Her blogging circulation was cut off, not by a knife, but by decaying odour of dead blogs. They crept into her system, into her bloodstream, poisoning every click of the mouse on the keyboard.

Yes, there are things in this blogging universe that are better forgotten. Her last wish was “do not cry for me bloggers, it is a far far better thing I have blogged than I ever blogged”. She will return, she will slide into the computer on the darkest night. You will be blogging, but she will be there to infiltrate your blogging thoughts. You will stare at your empty screen and suddenly words will appear as if written by a ghostly blogging hand. There will be no escape and she will send messages from the blogging grave of the grid of death. The script form “Exquisite Corpse” which was always her favourite will creep across the screen dripping red.

To conclude this service of blogging rememberence, drinks are supplied. There is a selection of red wine for those that are partial to alcohol. As an alternative the local blood bank has donated some glasses of their samples, for those amongst us that would prefer this alternative. I am sure she would be happy to see the floral tributes. It was her last blogging wish to have belladonna decorating her blogging grave. The icons can be found at www.fifty-shades-of-blog.com.

Click here for more
Posted by Pat Gerber-Relf at 16:55