Daily Prompt: Ripped Into the Headlines

Write about something that happened over the weekend as though it’s the top story on your local paper.

Yes. another international crisis is happening before our very noses, but there is a rescue on the horizon. The Cheese central shop in Neuendorf is looking for a buyer. 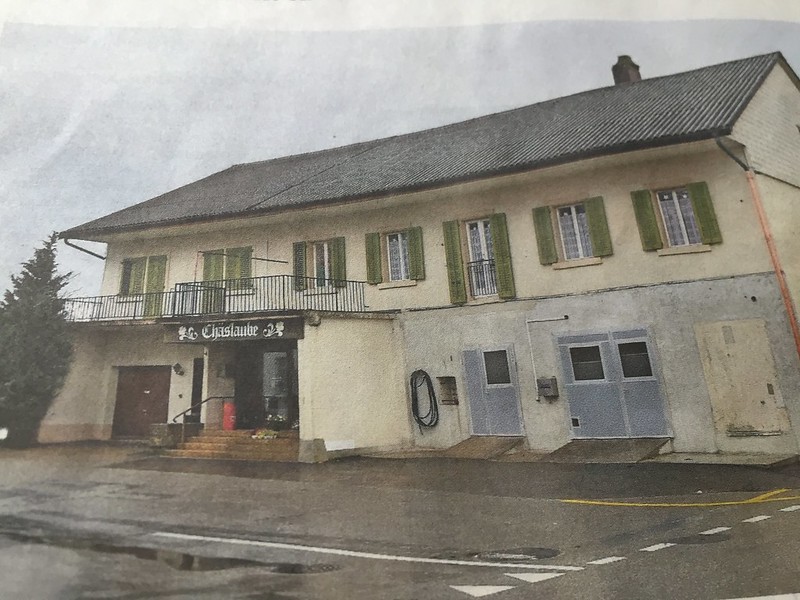 Nothing is worst than change. This was also discovered by the customers of the local bank in Härkingen and Neuendorf when the banks were closed at the end of last year. The two buildings are to be sold, but there is a further problem.The cheese shop is included in the building in Neuendorf. The company running the cheese shop might buy the building, If they do the Neuendorf population can buy cheese as always. A swiss village without a cheese shop is like a desert without sand.

When the last cheese producer left the village in 2002 there were still 12 milk producers remaining so they were worried. Where can we go with the milk when the cheese shop closes? Although there is still a problem. The milk quantity is decreasing. 600 Liters are required in a 2 day rhythm. If this does not happen then the cooling system will shut down and you cannot make cheese from bad milk (perhaps gorgonzola?). A place to collect the milk in the village could be organised which would maintain the milk quantities. The village is thinking about it. The lady that owns the cheese shop is now unsure. what will actually happen to her shop. The bank building may be bought, but do the new owners want to continue with cheese sales, meaning that the production must also be continued.

The first cheese company in Neuendorf was grounded in 1854 by 20 farmers, the cheese production was in a cellar.The Neuendorf famers often had arguments about the price of the milk examination system,. You cannot make cheese out of any milk in Switzerland, it must be approved. In 1875 a cheese manufacturing building was built in the Allmend Street but this was not the solution to the cheese making problem. There were three other farmers who decided to do their own cheese known as the “dirty ones” and eventually they also bought the original building. Eventually the problems were solved and 1977 was a record year for the cheese manufacture. They were also making yogurt and various sorts of milk, and selling it with success. How this production will be continued is still an open question.

And so another episode of excitement in the Swiss countryside is being dealt with. I must admit that personally I think I once visited a restaurant in Neuendorf, but do not remember seeing the diary or even the bank that has now been closed.

Believe me, this was the most exciting story I read in the local newspaper today. Otherwise five people died in our Kanton and had their obituaries displayed, but no-one that I knew. The fish that disappeared from the River Birs between the towns of Delsberg and Roches have appeared again, but no-one really knows where they went in the meanwhile. We Swiss should have a better control over our fish population. Another headline to be a concern of the world press. I wonder if the New York Times reported it.