Is there a painting or sculpture you’re drawn to? What does it say to you? Describe the experience. (Or, if art doesn’t speak to you, tell us why.)


The problem when receiving the same prompt that was written approximately two years ago about your taste in painting is that tastes in painting do not really change. The artists that performed the work are now either dead, thinking about dying, or have not painted anything since. In this case I must redirect everyone to the last time I wrote about this, showing my personal tate which has not really changed in the meanwhile: The Artist's Eye Fist Prompt 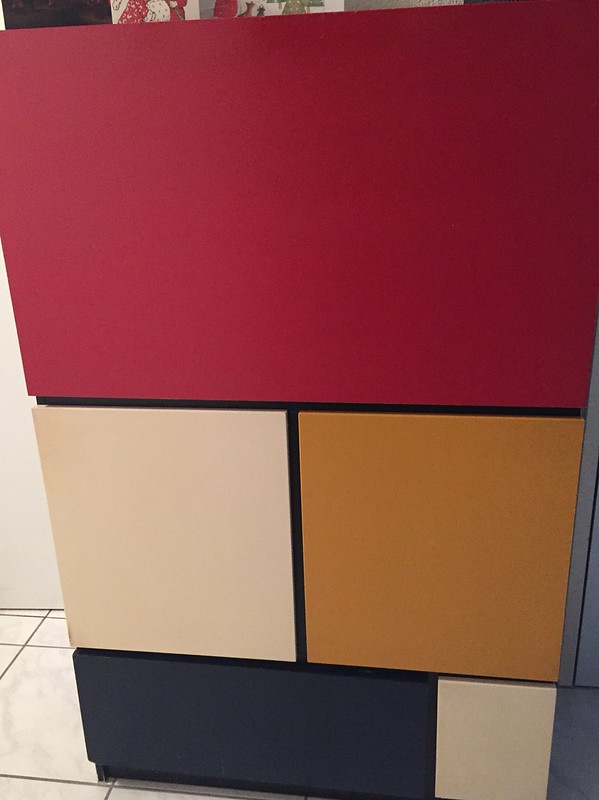 I must now supply another link and redirect you to a blog written today on this subject by Geek Ego Sum The Artist's Eye or Critical Repreentation by Geek Ego Sum, which gave me the idea for today’s Angloswiss contribution.

I naturally do not have the original Mondrian, but if he had been in the furniture business he would have earned a lot of money by having his works reproduced. This cupboard stands in our corridor and it has moved apartments twice as far as I can remember, meaning we bought it many years ago. It was one of those “flat pack” furniture items and I am sure it was not expensive. At the time when we decided to purchase this work of art we were in the throws of raising 2 children. My oldest son was then a teenager and being autistic was brilliant at flat pack furniture. He could just throw a glance at the complicated designs of “how to put it together” and help Mr. Swiss, generally eventually taking over whilst Mr. Swiss was still searching for the screw he could not find to finish the work of art and uttering a few profanities on the way..

I am sure it was Mr. Swiss that spotted this bargain somewhere in a department store and decided yes, it would suit our artistic apartment - perhaps he intended to buy a Picasso or a Matisse for the wall at a later date, although I have not yet seen these being sold in a Walmart equivalent yet.

Over the years a few stains collected on the top surface due to the fact that perhaps bottles of cleaning liquid were deposited there, but being a black surface it is not so bad. There is also the point of a nail sticking through the wood (I don’t think it is real wood) where repairs had to be made, but it is hardly noticeable. The large red front flaps down and is held on hinges. This is another problem part of this work of art, and I must always be careful when replacing and removing items, to ensure that they are stored carefully and do not interrupt the metal hangings.

It is a very handy cupboard, but unfortunately the covers of the bottom drawers (the blue and white ones) tend to make themselves independent now and again, but nothing that a hammer can knock together again. Yes, if Mondrian released what a brilliant idea he had with those many coloured squares and rectangles he could have made a fortune, but he probably did by just painting it.