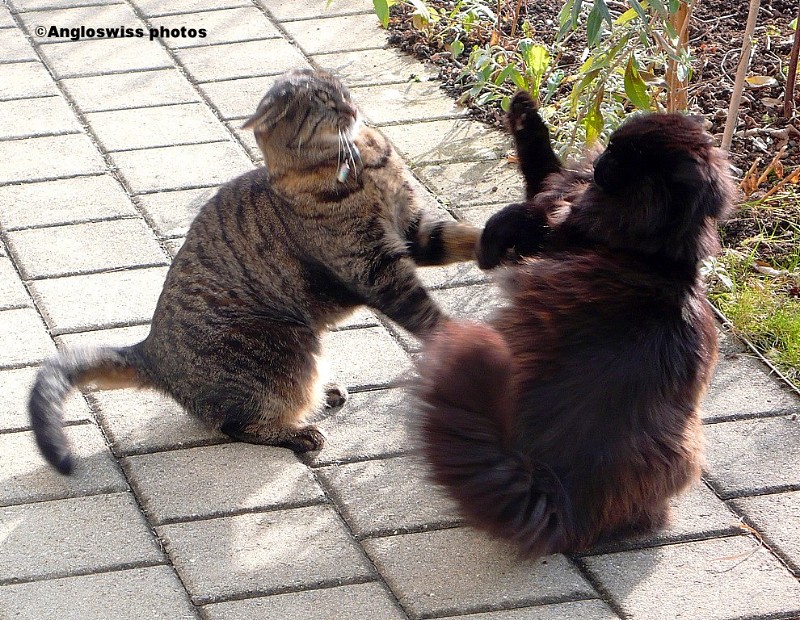 “Were you having an argument with your sister, Tabby?”

“Of course not, we did not argue, just had different opinions from time to time. We were discussing that I was in her way and I should move.”

“Of course not, we were sisters although there is an open question about whether we shared the same father.”

“How is that possible?”

“Mrs. Human how long have you been with the same mate.”

“You mean Mr. Human? I would not exactly call him a mate, we humans use the word husband.”

“Yes well we felines do not use the word husband, it does not exist …..”

“Mrs. Human don’t put words into my mouth, although I did just want to remark that the meow language is very well consructed, and we tend to save words.”

“So what about your father or fathers?”

“What about them? Our mum was just in the mood and so was my dad, or Nera’s dad, probably both of them. Anyhow after dad No. 1 and mum had a few meow/hissy moments together, dad No. 2 arrived.”

“How do you know all this?”

“Mum could never keep a secret. Anyhow that is probably why I am a short haired tabby and Nera had such long black fur, although our other brother and sister were more a mixture.”

“There were more of you?”

“When mum did something, she did a proper job, no half way with our mum, although I don’t think there were more dads that two. She was quite worn out afterwards.”

“So where are your other brother and sister?”

“No idea, perhaps it might be the feline across the road, who knows.”

“You don’t recognise your own family.”