Daily Prompt: Your Days are Numbered

What’s the date today? Write it down, remove all dashes and slashes, and write a post that mentions that number. 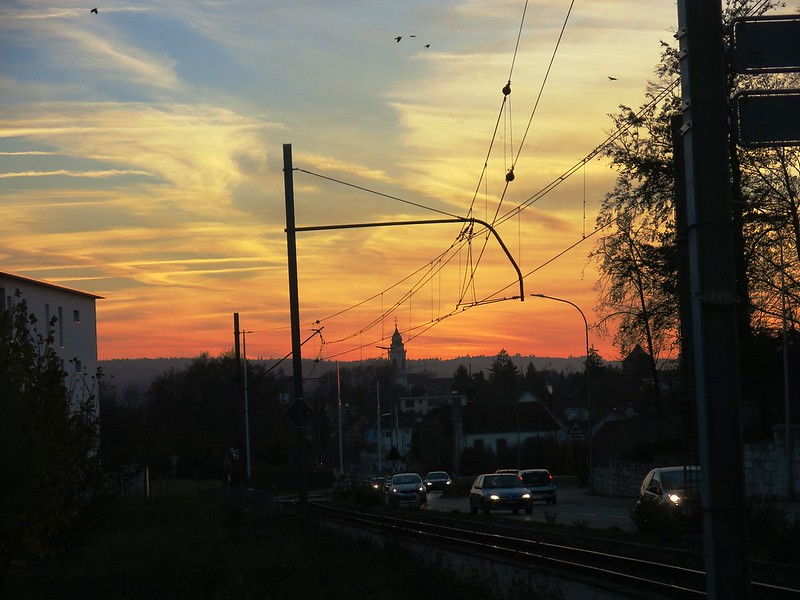 I decided on this picture from yesterday’s sunset. It says it all, the end is nigh, 8112015 (without the dashes and dots), and this might be the last one.

My first thought: should I now write my testament leaving all my worldly goods to the next in line? My days are numbered, and so I began to tidy up my life today. 8112015 is the magic number it seems, the one that tells it all according to WordPress. Of course my life is tidy, everything registered on two computers, an iPad and an iPhone so what could possibly go wrong.

But there are some remnants still laying on a shelf. It was time to tidy up the loose ends. What is that? Why my old Toshiba computer, left to gather the dust of the ages and still active, although who wants a Vista programme. When it arrived it was the thing to have and quickly everyone realised it was the beginning of the end. Thank goodness Windows No. 7 followed hard on its heels, but that was the death sentence for my Toshiba Vista and so today, after more than 5 years, it was sent to the computer cemetery in the cellar. I will soon have a new Windows 10 machine and we don’t want fights breaking out between computers.

Mr. Swiss was not at home, he was practicing how to play drums in his rehearsal room in town. Upon his return I proudly told him 8112015 and he was silent.

Mr. Swiss immediately began to prepare and my guilty conscience was shared. He opened the doors to his storage cupboard in the spare room. Do not ask what he stores, better not, you know 8112015 is the dreaded number. He then began to remove various papers and magazines and uncovered - yes - a computer. He told me it was his No. 1 Acer. He is now on No. 3 and believe me I did not realise that No. 1 was still alive. He placed it on the settee and continued. A HP computer appeared next to the No. 1 Acer. When questioned he told me that was the computer he had after the No. 1 Acer and two keys were no longer working. I was overwhelmed, 8112015 had become 8112000. Eventually, accompanied by the music of a funeral march, he carried them to the cellar and deposited them in the computer cemetery next to my Toshiba. At least the unwanted computers from the years gone by would not be alone.

In the meanwhile I found my old iPad which was neglected due to the fact that it would not co-operate and had a blank moment from time to time. Yes 8112015 came to my mind as I decided to see if this iPad could be resuscitated. It is now plugged into the electric current and is slowly reviving. At the moment it is busy with an update as it seems that for almost a year it had no longer been updated. It is alive and its Apple is glowing white, I think it is nearly there with its update. Success, in the meanwhile it has arrived and now I have two iPads, one mini and one maxi.

And so 8112015 continues, just another exciting day in the Angloswiss household.
Posted by Pat Gerber-Relf at 15:51