Who?? I can hear you all saying. We also have pop musicians in little Switzerland. They do not usually get so popular outside Europe, some not even outside Switzerland, but they exist. Of course, you should understand the language - Swiss german our dialect, to get the gist of what it is all about. The big star has been Polo Hofer for many years, since my kids were teenagers. He has been going for 40 years, probably more, and is now one of the grand old gentlemen of Swiss rock being 70 year old. He is now giving his last concerts as he has decided the time has come to take it easy and do his own thing. My oldest son, who is also autistic, is one of his biggest fans and attends his concerts when he can. He has travelled to Zürich to see him, but last week he was appearing in Kofmehl in Solothurn. Kofmehl used to be a garage, but has been transformed into a concert hall. 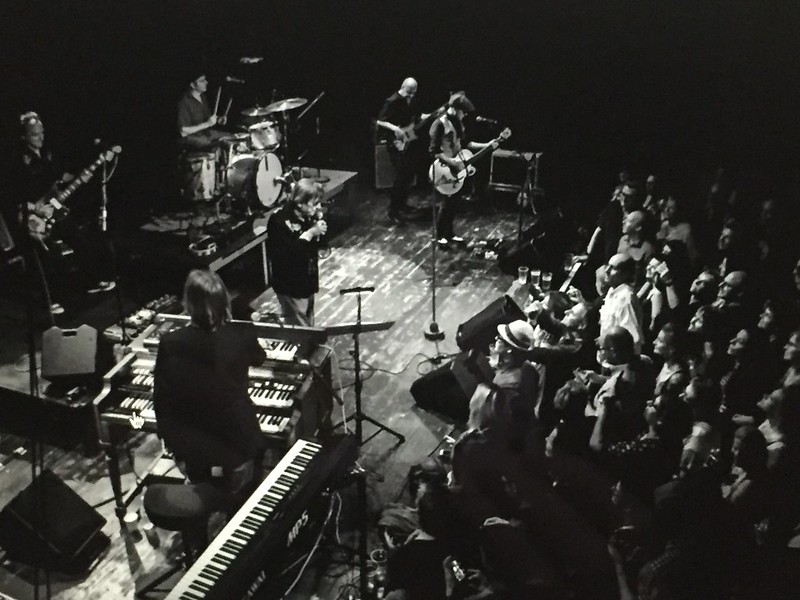 I took this photo with my iPhone on my computer. The band is on the stage and if you look carefully you can see a young man on the right in the audience wearing a white shirt - yes that is my son, always somewhere near the front and swinging with the rest.

I do not often put YouTube videos on my blog because my taste my not be yours and I really do not want to annoy, but in this case I feel that I should perhaps introduce you to Polo Hofer. This song is very popular amongst the Swiss, the title being “Alperose” telling of the meeting with a young lady at Bluemisalp with a young man after a hike on the mountains. It was the beginning of a romance reminding the singer of Alp roses. So enjoy if you can.