Can anything be funny, or are some things off limits? 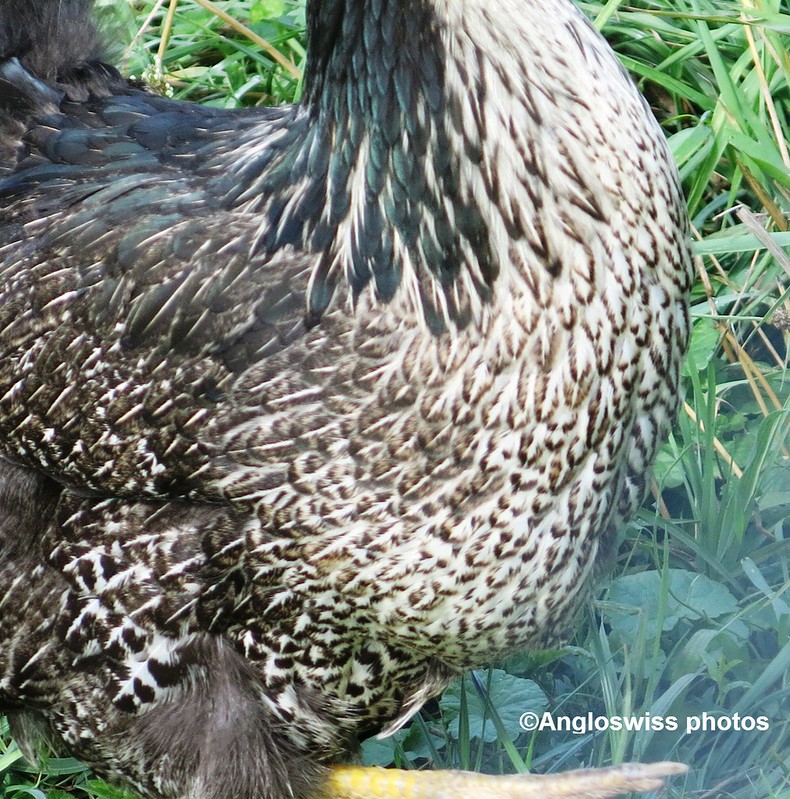 “Speaking as the Rooster,  I do object to having photos like this shown on the WWW. After all I have a reputation to live up to and do not wish to be the joke of the hen coup.”

“I wasn’t really laughing Harald, but it is a strange photo. For once you are not showing your comb and tail feathers to prove that you are the boss.”

“I am the boss Clara, with our without my tail feathers.”

“That’s true Harald, you lost you tail feathers a few months ago to the fox.”

“And why did I lose them Clara, why: because I was risking my life saving all my wives from a fate not to be wished to any hen: lunch and dinner for a fox and his tribe. If it was not for me you would now just be a pile of feathers.”

“OK, Harald, you are the boss, although you do look strange without a head and feet.”

So it seems there are things that are not to be laughed at.

Laughter is in the mind of the interpreter. There is perhaps one place left in the graveyard and two funerals, so let’s have a race to see who gets there first. Perhaps amusing for the spectators, but not so much for the deceased and the family. I once saw it on a TV show.

About a month ago I was shopping in the local supermarket. For some strange reason metal posts had been inserted in the floor at the corner of the refrigerators. Not really a problem, but it you are me it is. I managed to get my foot hooked into this strange pole and I did a graceful fall. Luckily Mr. Swiss was not far, so I gripped his arm as I was going down. This enabled me to slide onto the floor instead of hitting it. Some might find it amusing to see a golden oldie on the floor of the supermarket. This did not bother me so much as it is a customary occurence, especially if you happen to suffer from Menière - a form of being giddy, originating in the inner ear, which can cause balance problems.

Now I had to stand again and that is a problem. I need something to pull myself up and only had Mr. Swiss, who is more golden and older than me. There was a lady nearby who also volunteered to bring me into a horizontal position. Between them both I was again standing on my two feet. To pour oil into the wounds we met a friend of ours which was slightly embarrassing. Was he laughing, no, he seemed to have a look of sympathy in his eyes.

So lets not laugh at funerals, accidents, the loss of money and property, burning down the house or the worse case scene, your computer crashes. Above all do not laugh at WordPress for bringing such a stupid prompt the second time round. I did not even do it the first time, but perhaps I was not here, recovering from one of my falling down accidents, who knows. Above all do not laugh at Harad the rooster, he is only doing his job, even if he does move when I take a photo.
Posted by Pat Gerber-Relf at 15:55