Daily Prompt: The Young and the Rested

When was the last time you felt truly rejuvenated and energized? What made you feel that way? 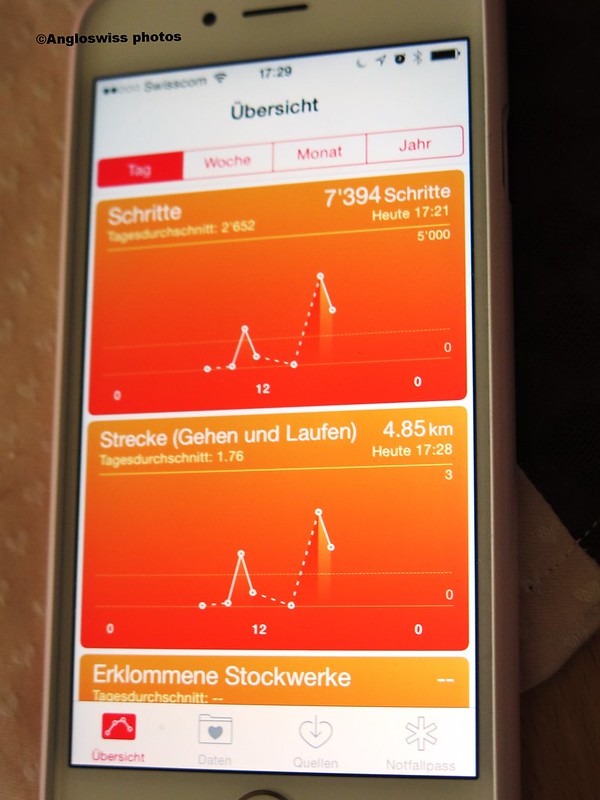 So you are now all waiting to see what a golden oldie who's days of rejunivation and energy are just a dream. Thanks to modern technology dreams can come true. Of course sitting at home with a computer, two felines and Mrs. Swiss can make you feel lazy, worn out and down, but where there is a will there is a way.

This week I was in town once again to discover if the shops still had clothes to fit my luxurious contours, which have expanded in the wrong directions during the Summer. I had my first feeling of triumph when found what I was looking for, so I bought three of them (trousers), as you never know if the stocks are cleared due to a mass invasion of over sized, overweighted golden oldies. I also took a top for good measure. Admittedly it was a shop catering for the larger sizes.

Exhausted from this feat of energy Mr. Swiss and I decided to have a cup of coffee in a street café. We have a nice neat book store in our local town and they serve refreshments on two tables outside, so we chose to sit and watch the world go by. It is quite pleasant as the cobbled streets in town are closed for traffic. The town was not overpacked, the weather was pleasant and we were biding our time. I love book stores, but since my Kindle moved in I very rarely buy something there.

As we were sitting there drinking our coffee, a small store flashed into my eye on the opposite side of the street, with the name “Swisscom” shop where you could buy the latest in mobile telephones. I still had my good old No. 4 iPhone although Mr. Swiss now had the latest model, No. 6. for some time. I had been talking about getting a new one and now the idea hit me. Now was the time to do it, otherwise I would have to go into town again.

Mr. Swiss found it was one of my rare brainwaves, so we entered the shop and were met by a gentleman that registered our names on a list by hand and said as soon as an assistant was free we would be told. Mr. Swiss found this a little inconvenient as they were not waiting for us, but I decided patience is a golden oldie virtue. It is not often that they let me out. During the next few minutes we went ln an exploration tour of the shop examining the various possibilities.  Eventually a young lady arrived. She was very helpful and in a few minutes my new mobile was ready to go. All I had to do was choose the colour of the model. I went for gold, I mean everyone takes black or white and I always was someone for something completely different. I also chose a cover. I was a little disappointed that they had no english flags (which was my last cover) or even a Swiss flag, so I chose a pineapple which was the most daring one they had. She explained this and that and Mr. Swiss noticed I became quieter and quieter. This was due to the fact that I eventually could no longer follow it all, but knew that Mr. Swiss would organise it when we arrived home. Within an hour at home (or was it 2 hours - I believe a small problem arose) I had a new iPhone fully operative with all my apps installed, but no-one called me which was very disappointing.

I noticed there is a new installation on these iPhones for walking tours shown by a heart sign. Mr. Swiss had been showing me for some time on his iPhone how many steps he had walked daily, as well as the distance. It is even possible to show how many stairs you climb. As I always take the lift, this feature will probably remain unused. Anyhow yesterday we took a walk in the country and you can see on my phone above the steps (Schritte) and distance (Strecke) that I had covered. You are never alone with an iPhone, it watches every step you take.

Oh and the next day I had to call No. 2 son, but he was not available and I only reached his combox. He returned my call, so that was my first call on my new iPhone. Now I was one of the crowd, totally rejuvinated and energized with my new heart app which can even tell you how healthy your body is by entering various data - cholesterol, iron, unsaturated fat etc. etc. . I have not worked that one out yet.
Posted by Pat Gerber-Relf at 16:03

Labels: daily prompt, iphone, the young and the rested