Daily Prompt: Take Me to the moon 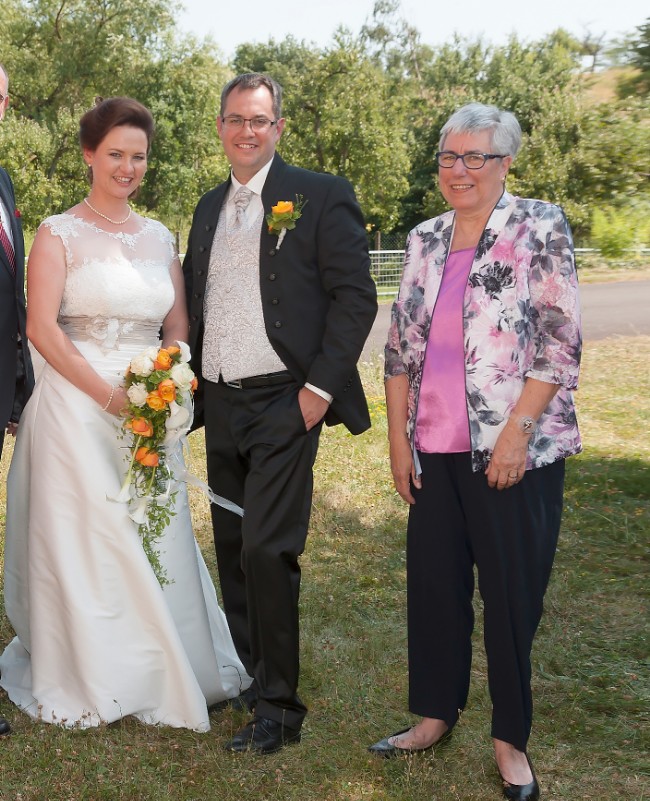 If you are wondering where Mrs. Angloswiss wedding photos are, they do not really exist. It was almost a shotgun wedding. We arrived at the registry office and half an hour later I was married after signing on the dotted line. It suited me and it we are still stuck with each other, for better or worse. We don’t do declarations of eternal love on blogging sites, it goes without saying.

Ask me today and I would say I would not go any distance. I found my love of a lifetime and why should I travel further. The question is really now overhauled at the age of 69 and after 46 years of married life.

Admittedly I did go a long way to find him, but that was a side dish. I knew I did not want to stay where I was and so took the opportunity to see a little of the surrounding countries, although I only got as far as Switzerland, which was a hop over the English channel and a train journey through France.

I could have stayed where I was in London. Of course, now and again I met the man of my future life, but he was perhaps not of the same opinion, and probably it would not have worked out. When you are young you have all sorts of expectations. Where did I find the man in the moon? In the same office where I was working in Switzerland, although it took almost a year to discover that we had found each other. So what did we do about it? We got together in December, got married in February and in the next September I had a ready made family of two children, plus my own contribution. I must have been a sucker for punishment as five years later No. 4 arrived and there I was changing diapers in between, accompanying the offspring to school, cooking, washing, ironing - just the whole enchilada. I often wonder if I was worth an entry in the Guiness Book of records.

I am glad I did not have to go to the moon for that adventure, I would not have had the time and it would have cost too much. The question is now “Would you do it all over again?” With the same man yes definitely. I did not ask him the same question - he does not blog, just reads my attempts and passes his comments.
On Tuesday next week I am travelling again, this time to London. I see my dad once a year, usually in Autumn around his birthday. This year he will be 100 years old on 24th September, so I will be there to celebrated with him. The queen is also invited. I heard she is otherwise occupied, but it seems she will be sending him a telegram, it has all been organised. He is the oldest member of the extra care home where he lives in his own apartment, which is not really astonishing and it might even be that the Lord Mayor of Dagenham, where he is living, will call in to say “hello”.

I have heard reports on a spam newspaper on Facebook that the end of the world, due to a meteor strike, is programmed for next week. The english national newspaper, The Daily Mirror, also brought a report and today Facebook tells me that are extraordinary luminous clouds over Costa Rica. On the other hand I am at ease at the NASA said if there was a meteor on its way with 10 Km diameter, we would already have seen it coming, and why worry as long as we have Bruce Willis to save the planet.

See you all on the flip side, if the comet does not decide to make a surprise appearance today.
Posted by Pat Gerber-Relf at 15:53

Labels: daily prompt, take me to the moon