Describe a time when you quickly switched from feeling at the top of the world to sinking all the way down (or vice versa). Did you learn anything about yourself in the process? 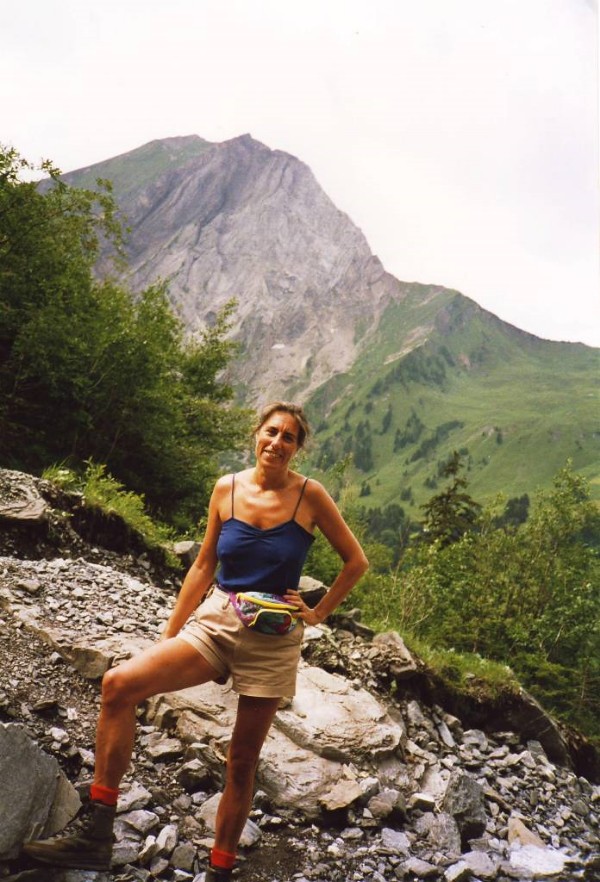 In my younger days in Switzerland we often went into the mountains for holidays with the kids, usually the Bernese Overland. As you can see I was capable then to climb to various heights, but unfortunately everything that goes up seems to go down, which even then I usually was not so good at. I did it sitting and sliding usually.

Although we are now figuratively speaking. I am often feeling at the top of the world, but there is always something or someone that is determined to give me a push downwards. As I said I wasn’t too bad at going upwards, but the sinking feeling was not always so good. It all begins in the morning after a refreshing night’s sleep, I have to rise from the bed. I used to be able to do this without even thinking about it, now I need at leat five minutes to organise my muscles to get up and stay up. It often occurs that I find myself sitting again, so let’s try again.

Life has also had its pitfalls, not that I am an ambitious person. I usually just take things as they come. There are always ups and downs and I must admit I am not so good at managing the downs. I remember when I was a working woman, I coped quite well until the day that it was decided there should be a different approach to the work. Even then i did not mind, things are constantly being repaired in life, even when they are not broken. I had been delivering goods all over the world, dealing with export documents and bank documents (Letter of Credit) and there was never a problem. My philosophy was stay cool and follow your nose. One fine day there was a revolution in the office, it was repaired, although I never broke anything, and  found myself with a new leader almost half my age. Of course she knew it all from the books. She was even OK, no problem, it was the circumstances that put her at the top.

How do you react, it was a new situation for me. I always had everything under control. On the other hand, why bother? So she took over the stuff I had  been doing for almost 30 years. Ok a shipment had to be returned at our costs because the customer did not want the stuff, I think it was publicity material. I would have asked the customer in the Far East, but lacking experience she did not ask. No-one said anything, so I keep quiet about it. It was then that I realised that my work no longer was enjoyable. The system also changed. I was no longer dealing with the companies I knew so well, I was delivering direct to their customers on a 24 hour service. Yes, that was stress, and at the age of 62 you no longer need that sort of stress.

Guess what, Mrs. Angloswiss had a so-called burn-out. After three months at home I returned to my job. In the meanwhile our new chief had moved on to a better job, she was no longer telling me what to do, but I was not interested. That was the result of falling and being at the “give me, do it” stage like a conveyer belt. Brains were no longer important, just results. I decided to sit the next two years out, and hope to survive. Then things changed. The economic situation began to sink people were losing their jobs and the companies were saving money. Yes, I was one of the first to go, but I was not unhappy, I was given an early retirement. My company recognised my 30 years of work, I was given a very good settlement, receiving my wages for the next two years although no longer working. I thought it over and so I used as little of the money as possible.

It paid out and now I only have ups really, although my trecking days in the Swiss mountains are behind me. Now I just go for local walks in the country, everything more or less nice and flat and with Mr. Swiss as my support.
Posted by Pat Gerber-Relf at 18:00