You get to be a 6-year-old kid again for one day and one day only — plan your perfect 24 hours. Where do you go, what do you do, and with whom? 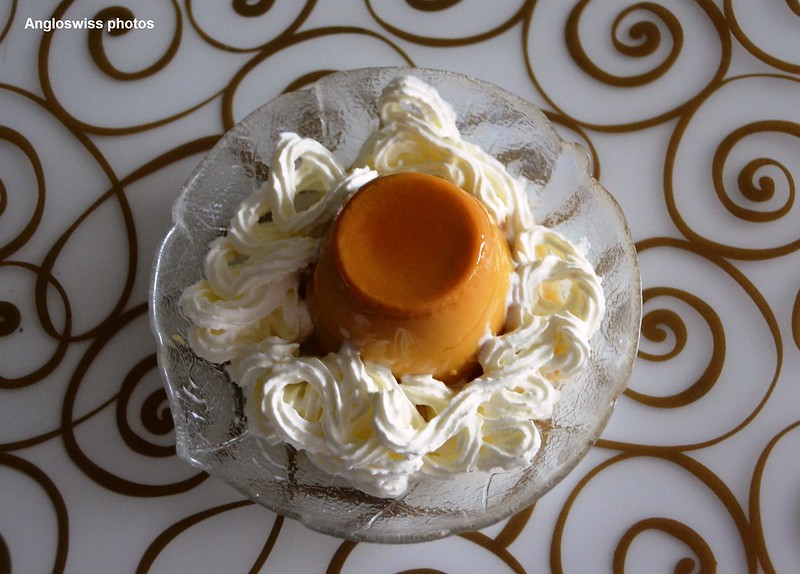 Caramel desert with whipped cream would definitely not been available. It would probably have been a cake either made by mum or a bought cake at the bakers. I do not really want to be a 6 year old kid again and don’t forget sweet rationing in England after the war only ended in 1953, so probably there was not a lot of choice to celebrate with sweets and cakes at the time. Sugar was rationed and diary products. I remember when mum went to the grocers she had a book and they would make a mark to show how much she had bought and how much there was left for the week. London was in a half ruined state and my playgrounds were the bombed out houses.

I am not even sure if there was anything I wanted to do in my perfect 24 hours. I was not at the TV age, we did not have one, as most people at the time. I really had to look in Aunty Internet and discovered that in 1952 we had the great smog of London, so yes, I do have a memory of walking through a thick yellow mist to school. If I had carried a knife with me, I could have cut pieces out of the smog, it was so solid. It was London at the time when air pollution was only a subject for the newspapers, and you just had to get on with it. We were all burning our fires for warmth at home with coal. Today we are all very clinical with our electricity and gas.

I remember when I arrived at school and perhaps did a nose blow in a handkerchief to be confronted with black sooty particles in the handkerchief. I dread to think what my lungs contained, so it really did not make a great difference when I began to smoke at the age of 16. The damage had already been done at the age of 6.

We did not really have a lot of money. Dad worked for his living and I believe at the time it was when he was working in the Kensitas cigarette factory in Old Street in London, so my life seemed to have been in a cloud of smoke. A perfect 24 hours would not come into the question at the age of 6 and I cannot remember having dreams of going places and doing things. Mum would have done her best to organise a nice tea and perhaps some of my friends might have been invited.

I just discovered that 6th December 1952 was a Saturday, so I did not have to go to school. Who knows perhaps a day up to London and feeding the pigeons in Trafalgar Square could have been included, although the poor pigeons probably had woolly scarves around their necks and were coughing away in the foggy air. To be realistic, it was no great spectacular day and money and opportunity were not there to have endless fun.