Do you ever find yourself doing something your parents used to do when you were a kid, despite the fact you hated it back then? 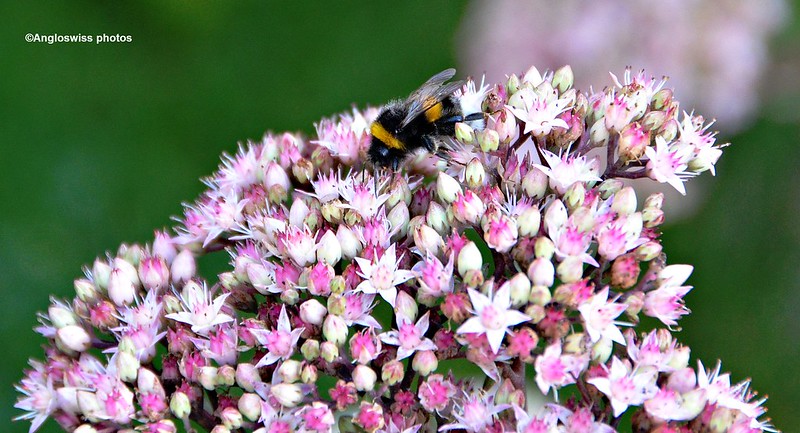 I had no real inspiration to do this prompt. I have written so much about my renegade spirit in growing up that it is even  boring me.  This bee in my photo is doing what its mum and dad did, and what generations of bees have been doing, gathering pollen. Does the bee know why? Probably something called instinct, which is a useful word when you do not really know the answer.

i have never found myself doing what my parents used to do when I was a kid, because I always had the intention of not doing what they did when I was a kid. Now that’s a short answer, but you see I live in the 21st century and things have changed a little since 1946 when I was born. In  1946 Europe was recovering from a war to end all wars, but it was not, and wars continue. In those days people from oppressed countries fled to other countries, adopted their life style and stayed there. Today they are fleeing again and no-one knows how to react, how to deal with the situation because the oppression is universal and we all have different opinions. It seems that half the world in moving and at the moment Europe has reached its limits.

My main problem today is that Windows might decide to update my Windows 7 computer to Windows 10 all on their own without asking me first. I got the permission to do it about a month ago, but decided to wait, no rush. Now I read that Windows 10 has become an independent programme and is doing it all on their own. Proof: Mr. Swiss updated his new little computer to Windows 10 a couple of weeks ago. Everything is fine it worked and it was a new computer. Today his main computer, which is about a year old, running on Windows 8.1, has gone independent. It did not ask for permission, but is now merrily downloading a programme which Mr. Swiss did not yet want on that computer. I read some accounts of this in Internet.

Perhaps my windows 7 machine might also decide to become Windows 10.  I hope not because on Monday evening I am awaiting my documents from the Swiss airline by mail to get me through the barriers at the airports. You know you now have to do it all by yourself. At one time there was a nicely dressed stewardess at a desk that would prepare it all for you. If Windows decide to overtake my computer when this important document is to be printed then I will not be a happy bunny. There is also a problem that the built in photo programme on Windows 10 is definitely not to my liking.

So parents, you did it OK as far as you were concerned. It’s my turn now and it will soon be the turn of my children. I wonder what they will write in ten years on this theme. Perhaps they then have windows 20 to deal with and their kids will be showing them how to do it.