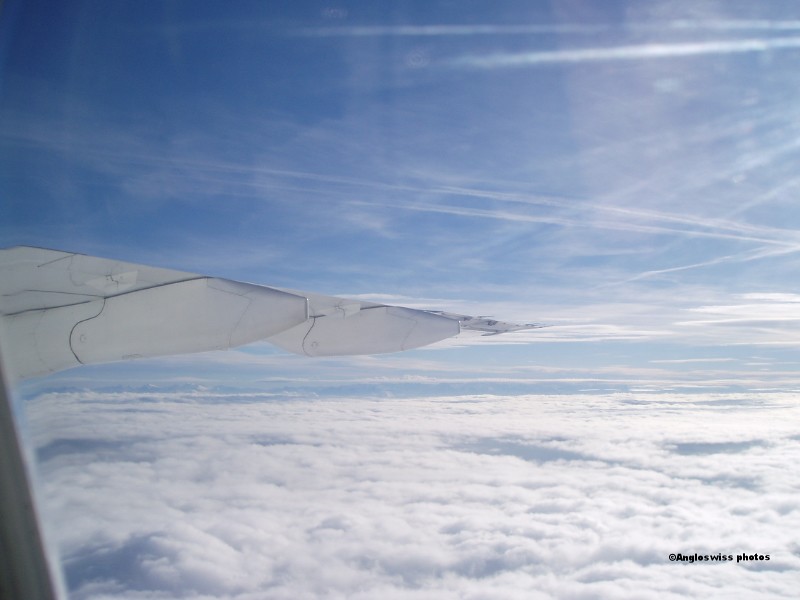 Looking out of the window of an aeroplane is probably a lot safer than uploading (or downloading - I never know the difference) Windows 10 on your computer. I must admit I was still thinking about it before take off arrived, so I did not reserve my entrance to the magical world of Windows 10. The little emblem at the bottom of my ageing Acer computer was ignored, left in expectance of a click and reservation.

On the second day of the Windows 10 appearance a colleague proudly showed a screen capture of his newly arrived Windows 10. He is an expert, knows the difference between a download and upload, and it looked very neat. The tiles had been removed and it looked quite friendly, just like my Windows 7, which I love with all my bytes and online feelings. I began to think about it and did a click. Windows told me I was in the waiting line. It might be tomorrow, a week, or perhaps a month and yes I will get it eventually.

Mr. Swiss found he would rather wait, after reading all the horror stories about the privacy sphere, which no longer existed with Windows 10. Windows were collecting vital information about your life from your eating habits, to the way you slept as well as your health condition and were keeping it in their records for distribution to the advertising agencies of the world, the FBI, Deuxieme Bureau and the CID : at least it seemed like it.

I mentioned to Mr. Swiss I was now in the queue and he found “OK, I will wait until you have it, take a look and make a decision.” In the other sense of the word, I was to become the Windows 10 guinea pig.

This is now history and I am still waiting, but no longer with impatience.  In the meanwhile I have read a blog from my blogging colleague with the comments. She knows what she is talking about, having experience with the computer world. In the meanwhile a colleague in Facebook uploaded it (in India). Afterwards his computer refused to work, so he unloaded it, back to his old programme, but the computer decided to strike. You cannot hold a carrot in front of a donkey and afterwards take it away. The donkey wants his carrot and probably this was the feeling Windows 10  had waiting to be eating and digested. Now he has given his computer to the repair shop - an expensive task.

To sum it all up,, when my invitation for an up/down load arrives from Silicon Valley, or wherever the windows central is, I will ignore it. I will not have my Windows 7 machine contaminated with a Windows 10 killer programme that will spy on my secret files to tell Bill Gates all about it. Mr. Swiss finds this a wise decision, taking into consideration how old my computer is.

I can wait until the first computers arrive with a built in Windows 10. By then all the glitches and problems will be solved perhaps by Windows 20.