For those that no longer want to do the Daily Prompt, there is a prompt generator where you can get your own daily prompt idea 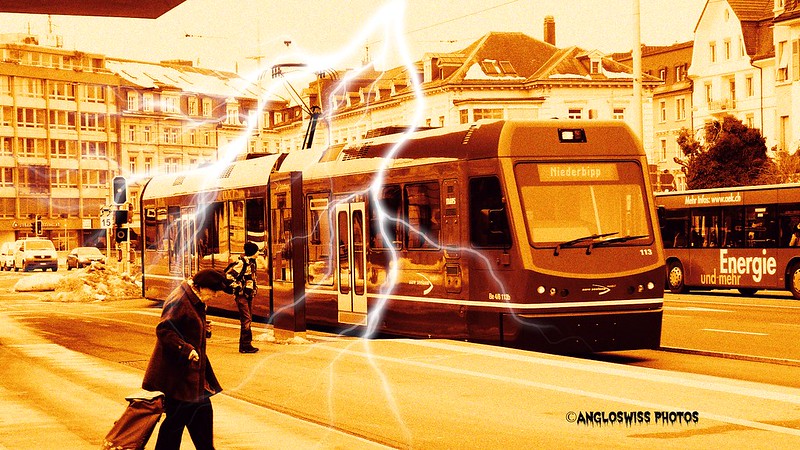 The local train was sitting at the station dreaming of becoming a big train: not just doing the same route every day, but going places and seeing things, just like the big trains at the railway station. There were black clouds gathering in the sky and a storm began. There was a crash and a terrific bang.

“Did someone say something?”

The little train open its lights and remembered it was time to go, although the driver that was entering the train was not the usual smart uniformed driver. His face was white and bony, actually a skull and his clothing was not so clean. There were a few spiders spinning webs on the peak of the hat.”

“I am your driver of the day, just call me Travel.”

“OK Travel, but you look different to the guy that usually drives and if you don’t mind be saying, you are a little unkempt. Even your shoes are dusty.”

“Do you want to go for the daily journey or not. The guy upstairs said with the next bolt of lightening  I should appear and take you for a ride.”

“I don’t know any guy upstairs, but if you are going to take me places, that’s OK.”

“OK, just hold on, I have to do a little construction work.”

The little red train could hardly believe his lights. He had been waiting at the end station which was next to the big central station and suddenly rails grew out of the concrete connecting to the rails at the main station. He was soon on his way.

“Where are we going?”

“You wanted to see something more of the railway world, so let’s do it.”

“But where did those rails come from.”

“But Travel, I am not made for the big rails, my wheels might break.”

“Oh, they have become sort of invisible, although I can still feel them.”

“It is all part of the service on a stormy day. So let’s go.”

And now the little red train was on its way through places he never saw before: he even overtook one of the big trains who gave him a whistle.

“This is fantastic, hope I am not in your way.”

“Not at all, now be careful we are coming to the signal box. You will probably have to stop.”

The little red train found himself on a junction in the railway lines waiting. Suddenly a long freight train crossed his path with at least fifty trucks.”

“Of course, we are on our way to the depot with goods, just our daily work.”

The signal turned green and the little red train continued on its way.

“Oh yes, this is really something completely different. What are those old rusty trains on the side lines.”

“Don’t bother about them, they are waiting for transport to the happy train hunting grounds. Their train life is done and they have to make room for the new trains, faster and bigger.”

“Look there are little human children waving from their gardens in the houses at the side of the railway lines and now we are passing through a station without stopping.”

“We don’t stop at stations on this journey. So hold on we are approaching the turning table.”

“The place where we get ready to return: hold on.”

The little red train soon found himself on the return journey. He had eventually been to other places and seen something else. The mysterious railway lines appeared again and the little red train was back to his normal end station.

There was no answer, Travel was nowhere to be seen. Perhaps it was a dream, although the little red train noticed a spider climbing out of the train door. Yes he had been places and seen things today, he was a happy train.