Daily Prompt: Windows 10 and other things

Today is your lucky day. You get three wishes, granted to you by The Daily Post. What are your three wishes and why?

Please read my first answer to this subject in 2014 Lucky Star. Otherwise I have nothing new to add. 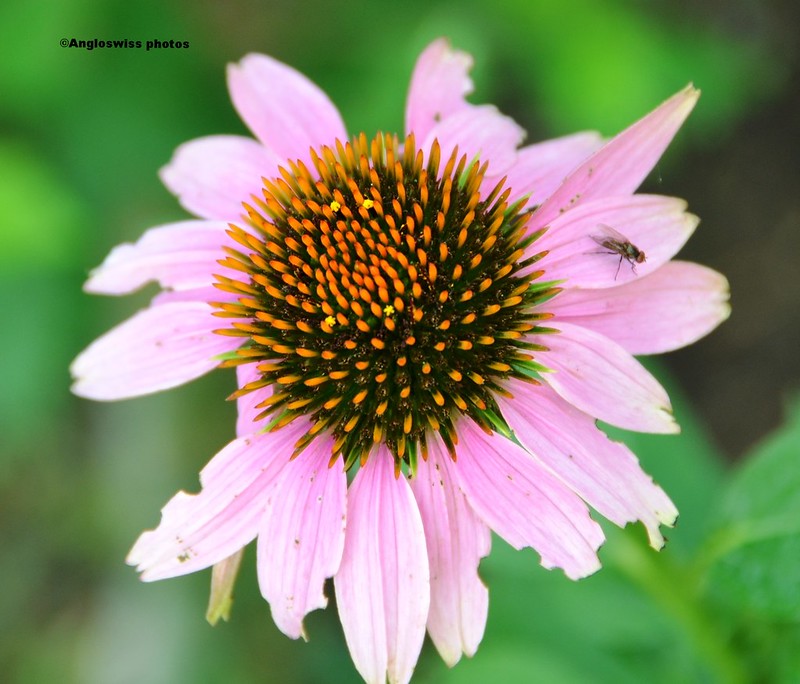 At the moment I feel a bit like his flower in my garden. I think it is called Echinacea.but not sure. I am certain someone will correct me if I am wrong. Anyhow it is a bit rough at the edges like me. Otherwise life at the villa Angloswiss is not very inspiring at the moment.

Windows 10 or not, that is the question? Actually not an urgent question for me, because I am an Apple person. Of course, it is always nice to be able to upgrade a Windows computer when it costs nothing, but my Windows computer is suffering from the dreaded Acer problem. I think a gremlin or bad karma has infected its inside. On the other hand, when you have a problem you go for a wander in Internet and discover that many others have the same problem, and you do not feel so alone and abandoned.

It all began about a year ago when I noticed that certain letters on the keyboard refused to work: generally in the morning when I switched it on. I consulted with Mr. Swiss, who bought his Acer about  week before I did, and he said his computer was suffering from the same symptoms. In the meanwhile he has replaced it. However, I continued ignoring the missing “i’s” and “o’s” and a few others and discovered that with patience, five minutes later they again appeared. Consulting in Internet I discovered that my problem was a minor one, as other users of the Acer computers were suffering with lost alphabets and number keys that were printing letters. I continued regardless and really the symptom disappeared after I had issued a few curses over the computer and cleaned the keys, which were somewhat stained from breakfast cereal. Perhaps my Acer computer had an allergy to milk and cornflakes? Who knows? Eventually my Acer was again healthy and I forgot the problem.

It was then that Mr. Swiss brought a smaller Apple macbook home at a special offer (for me to use as well he said). The result was I got infected, and the Apple was the answer to my fruity dreams. How could I have manage without an Apple computer? This was so much the fact that I treated myself to the best Macbook available and have been using it since, although not in the morning. I did not want my new Macbook to be covered with memories of breakfast. I got used to “pages” instead of Word, although I have not yet got so much acquainted with “numbers” instead of “Excel”. but I rarely use the programme. Up to when I retired I was doing the complete accounts for our local first aid group in Excel, but I decided when retired I no longer needed more work than I already have. Retirement is not such an easy job sometimes, and a certain logistic plan has to be made. The day revolved on getting enough sleep.

If ever life gets boring I will try to get to grips with numbers. My only problem, which is not a problem, are photographs. Windows have such a nice little programme for doing basics to uploaded photos. My general size from the camera is 4000x3000 (I think in pixels, but again am not sure - am certain someone will correct me if this is not the case). Anyhow I generally chop my photos to 2000x1500 before saving, as such a large photo is not necessary on my computer and half the size saves space. I am still saving my photos on my Acer and am searching for a free, simple resizing programme on my Apple, which I have not yet found.

In the meanwhile I was away from my Acer computer for five days in Germany and when I returned I realised the dreaded missing letters syndrome had returned and it takes at least 30 minutes daily until they appear. Today it only took 10 minutes, so things are getting better. I am convinced that my Acer felt neglected and forgotten and has now realised I am back to stay (for a while) and will improve its behaviour.

In the meanwhile I am still thinking about converting my Acer to Windows 10, although it is really not necessary at the moment. I have now been spoilt by having an Apple and a Windows machine. I love my Apple and would never part with it. On the other hand it is always useful to have a Windows as a side line. Perhaps I will wait until the new computers arrive with integrated Windows 10 and think it over.

Appreciate any constructive ideas about my dilemma. Not bad or someone who did not know what to write.
Posted by Pat Gerber-Relf at 16:36