A Walk along the River Aar, Switzerland 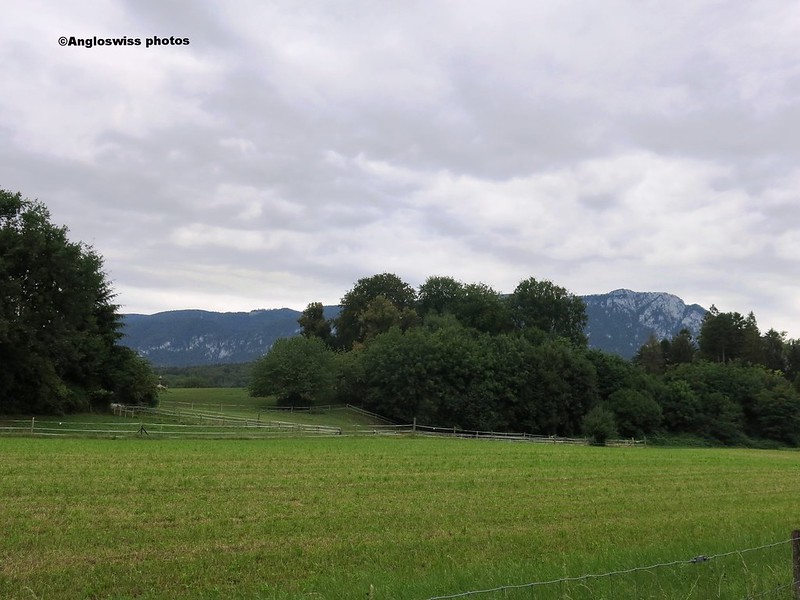 I have not been down to the river for some time. We had days of heatwave which decided to melt the remainders of the brain I had. Afterwards the monsoon days arrived where I was developing webbed feet and eventually the weather changed into “go for a walk” days, so I grasped the opportunity. Mr. Swiss was busy showing his computer how to understand something complicated and I decided it would be better to leave him to it. Accompanying your partner with the computer is something like being a back seat driver, it does not work.

I donned my sturdy walking shoes, walking trousers (the three-quarter length) and a suitable t-shirt and I was off. Of course, to complete the picture, I had my camera hanging around my neck. The path to the river from home is a downwards walk which makes it all the much quicker to arrive. I decided to take the path on the right along the river bank as on my last walk I took the path to the left.

I was on the search for duck and swan pictures and this time was not disappointed. I saw my first duck paddling along the river, so I overtook it, as I wanted to be ready with the camera when he approached. I then heard a quack to be interpreted as “come on guys, we will be famous, and smile when she presses the button” and they all arrived together. The chief duck took a position on a stone to organise the photo. 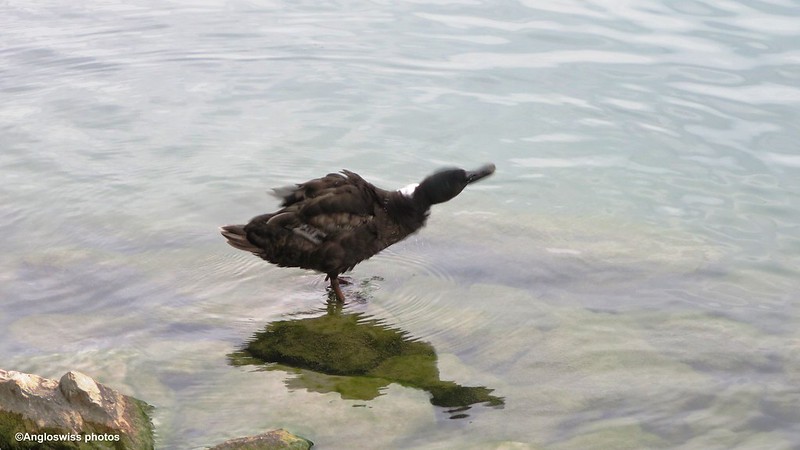 He did a few commanding quacks telling his tribe to hurry as it should be a group photo and soon they all came swimming along. 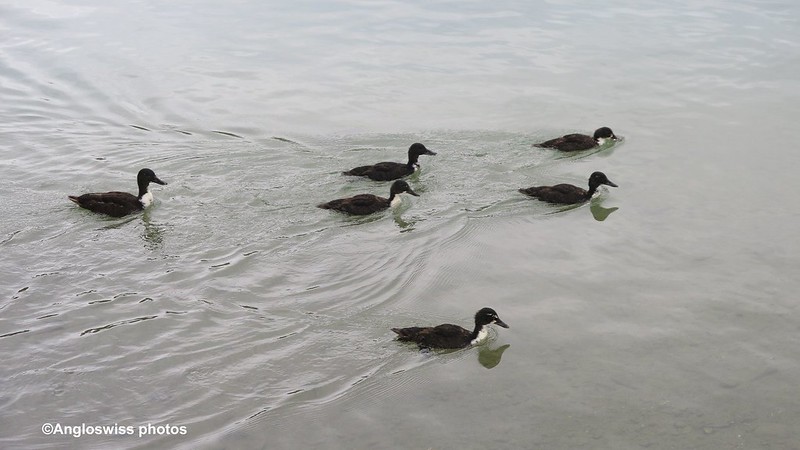 “Can we continue on our swim” quacked the chief duck.

“Yes, go ahead” I said, but not without asking if there were any swans around.

“Just walk down a little further and you will find the boss swan. I heard he was going for a swim with the wife, but I think she dived off to the other side of the river to catch a few fish”.

The river bank is lined with reeds and trees, but in between there are spaces perfect for taking a photo. Suddenly there was a gap in the trees and there he was, the chief swan.

“The duck boss quacked you would be along with the camera, so I though I would wait for you to arrive. How do you want the photo? Shall I put my head in the water?”

“No I don’t think so. I would like a full portrait and if you could bend your neck a little I would get the colourful part of the beak as well.”

“No problem. Do you think you will get a mention in a photography magazine? If you do, my name is Cygny.”

“Ok, thanks Cygny: now smile and keep your beak closed.” 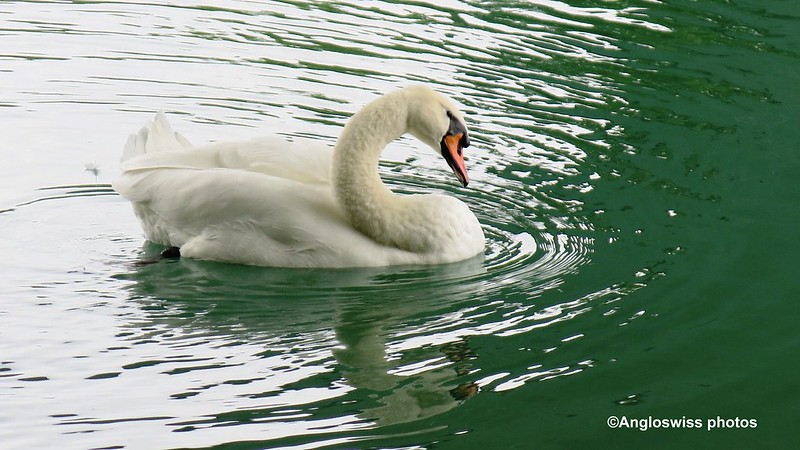 I had now reached the turning point of my walk, near the bridge and then I saw something that I had never seen before in the river. I know that rivers have fish, but not for photographers, more for those that want a tasty meal. It was just after the bridge where there was a small concrete damm on the river’s edge and there they were, little fish swarming around. I poised with the camera, being careful not to fall into the river. Unfortunately I had forgotten to take my iPhone with me and if there had been an accident, there would be no way to warn Mr. Swiss, although he was probably so engrossed in his computer, he may not have heard it. Suddenly the fish all swarmed together. 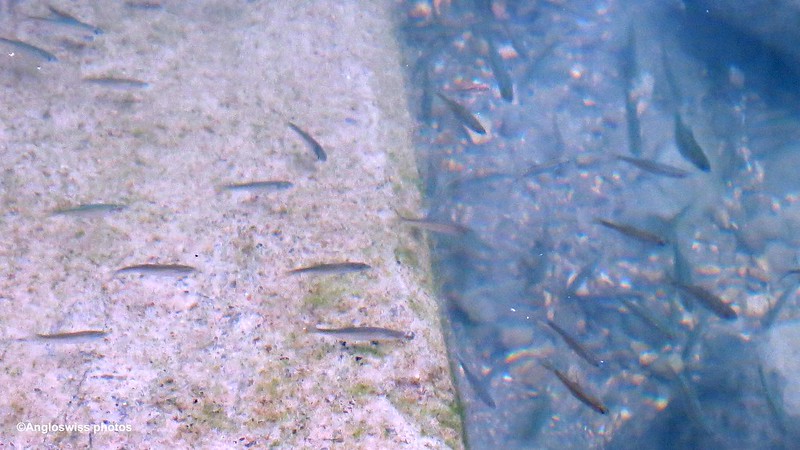 Not exactly worthy of a place on the front cover of “Angler’s World”, but it serves its purpose for this blog.

I reached a bench and made the most of the opportunity to relax, watching the river flow. There was even a small motorboat that passed bye. Suddenly I heard and saw them again, quacking away and waving their wings.

And the duck tribe swam on its way to wherever they were swimming. I took a direct path home along the river bank, although the downward path to the river had now become an upward climb to home. I was successful and eventually reached home, not without having a small conversation with a neighbour who was tending to her garden. We are both golden oldies, so it was all about the advantages of taking walks to stay healthy and to keep the joints oiled. Why do we golden oldies always have the same subject to discuss.

Mr. Swiss had organised his computer in the meanwhile and was glad to see I arrive safe and sound after my walk down by the river.
Posted by Pat Gerber-Relf at 15:49