Many countries celebrate Father’s Day and Mother’s Day. If you could dedicate a holiday to a more distant relative, who would it be — and why? 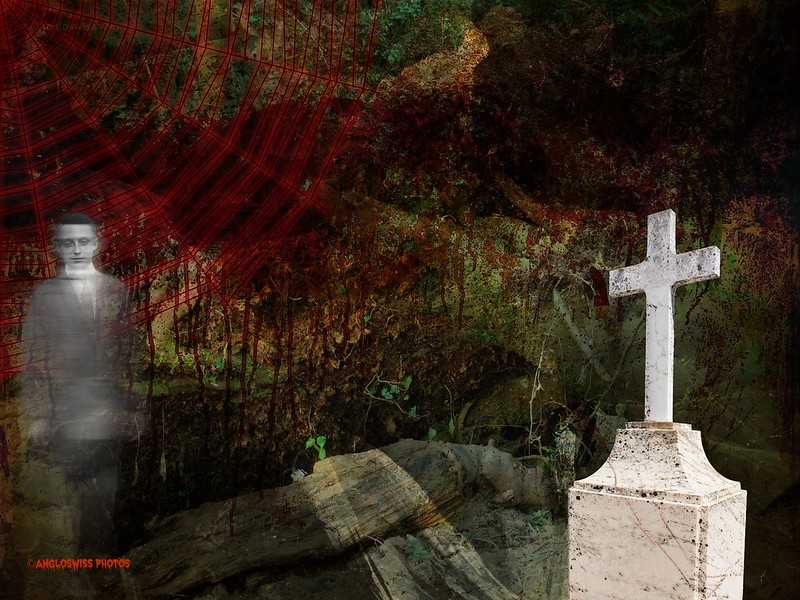 What a brilliant idea WordPress. Of course I would love to dedicate  day to more distant relatives, although most of them are no longer amongst us, but where’s the problem. We all have those boxes of old fading photos in the attic, so let us go and have a look.

“Yes dedicate a holiday for me, I was the best relative you had and I still am, although no-one ever thinks about  me now.”

“But the photo is more than 100 years old and in the old sepia colour and photos do not talk.”

“Well I am talking, WordPress makes it possible, they will be sending you a bill for the extra work.”

“Be sending what? I don’t remember ordering you.”

“You are doing the daily prompt aren’t you?”

“Who are you? I don't remember being told who you were.”

“Of course not, I am one of the relatives they did not like to talk about. Of course, in my time I was well-known, a personality, everyone knew me, especially the ladies.”

“You were an actor?”

“No, all my deeds were the real thing, although some guy called Bram Stoker did write a book about me.”

“You mean you were then original Dracula.”

“No, not exactly I was his twin brother arriving an hour later. Mum was quite surprised, she thought she had it all behind her and then I decided to put in an appearance.”

“I didn’t know we had vampires in the family.”

“Of course you didn’t, people do not walk around telling people that great great uncle Cyril was actually a vampire, I just let Dracula take all the credit and his name was more convincing. When mum saw my red eyes and my pointy corner teeth she decided to give me a nice name as having one boy in the family not eating his cereal with milk in the morning was bad enough.”

“So what did you eat with your cereal?”

“You don’t really want to know, so let’s just say it was very healthy I never lacked for iron in my body.”

“Are there more of you in our family.”

“Oh no, me and my brother were unique. We shared everything, although as he was an hour older, he got the first picks. There was of course our cousin Wolfi, but we didn’t see very much of him. He liked to roam the forests, but if  he met a lost stranger he would always put them back on the right path if they agreed to have four legs afterwards and howling at the full moon.”

“I did not realise that I had such a special family.”

“It’s all in the genes you know, I think it began with our ancestor Attila. He was an animal lover, went for long rides over the alps on his favourite yak, Curly.”

“He called his yak Curly?

“Yes, I think because of its teeth. Are you finished looking at the family album, I have to go.”

“Yes, although most of the photos seem to be of wild animals.”

And he left me with just the photos. As it was now approaching evening I decided to take a walk, but first of all I dressed for the occasion. My ears were already becoming pointy, so I lifted my back leg to scratch behind my ear. I sharpened the claws on my front legs on the door, which had already changed from being arms, and I was away to the local cemetery. It is always good to meet the members of the family in the evening get togethers.
Posted by Pat Gerber-Relf at 16:18