Daily Prompt: Take it from me - at your own risk

What’s the best piece of advice you’ve given someone that you failed to take yourself?

There are many. The last time I had this prompt in December 2012 I was a newbie to the game of daily prompts and believed in the daily prompts to keep me out of mischief and to learn something new. Today I am deep into mischief, still doing the daily prompts and have learned that if you miss out on one, don’t worry, it will guaranteed appear again in a year or so. The conclusion is ignore any advice I give you, it will not work. 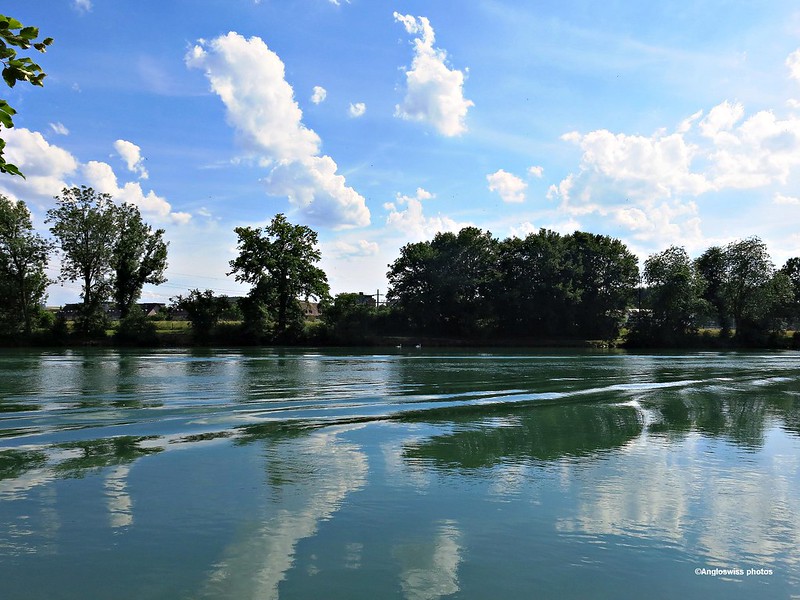 Yesterday I went on one of my death defying walks along the banks of the local River Aare. Death defying because you never know if you fall in to be swallowed by a local sea serpent who has been brought up by his family to only eat human meat. Not that a sea serpent has actually been seen, but you never know what is lurking in the depths. I am losing the thread here somewhere, of course we don’t have sea serpents, at least I have never seen one.

However as I was walking along the bank I did see this. 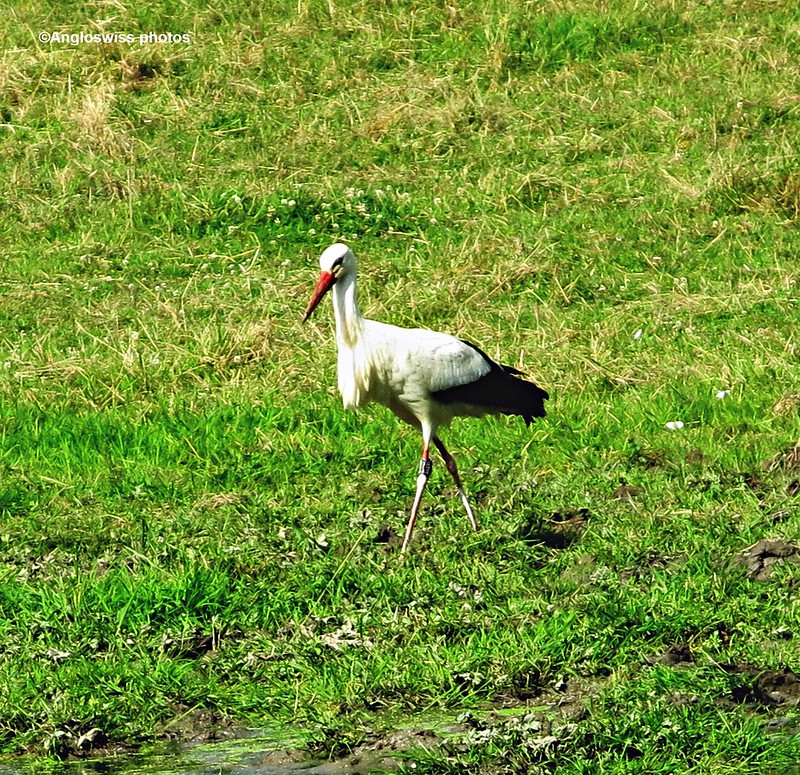 It is a stork, we have a colony of storks further along the river at a place called Altreu. They used to be kept in their nests - probably because it was feared that the population would increase dramatically if the storks were allowed to delver babies all over the place. Now they are allowed to fly and now and again one is seen perching on a lamp post or a roof. If they perch on roofs, then avoid the ground below. You might be the target for their recycling system. This particular stork seemed to be enjoying his excursion to the river bank and he paused in his efforts for a photo. The idea is that they fly to warmer countries, like Africa, in Winter, but no. Why go somewhere where you have to search for food and no-one knows you, so they now stay in the colony in the Winter.

I was on this walk on my own, Mr. Swiss preferred to stay at home. There were other walkers also making the most out of the warm sunny weather, so I was permanently moving to one side to avoid being trampled by the older male members of the geriatric male population who were doing their best to set up a running record and proving that they could still do it. Dressed in their running shoes and athletic short trousers showing their muscular legs (well they were more muscular than mine) they pounded their way on the path ignoring all obstacles. Now and again I could hear the sound of wheels on gravel and a bell. These were the wannabe Lance Armstrong types, training for their success in the Tour de whatever. They are dangerous. If you are walking and hear their bells then move, preferably into the next field and let them pass. They mow any object down that is in their way with their bikes. Yes, there are many dangers on the riverside paths.

Now and again you might just hear the sound of an ambulance approaching to pick up any victims of exhaustion. I notice I never see young men doing these risky manoeuvres by foot or bike. Perhaps the older generation want to show that they can still do it, even with grey hair and rheumatic joints. Now and again a member of the female section will pass by, but they are sensible. They even say “hello” and smile as they go pass, whereas the male members just look ahead, grimly keeping their eyes on the end of the trail and baring their teeth at anyone getting in their way. 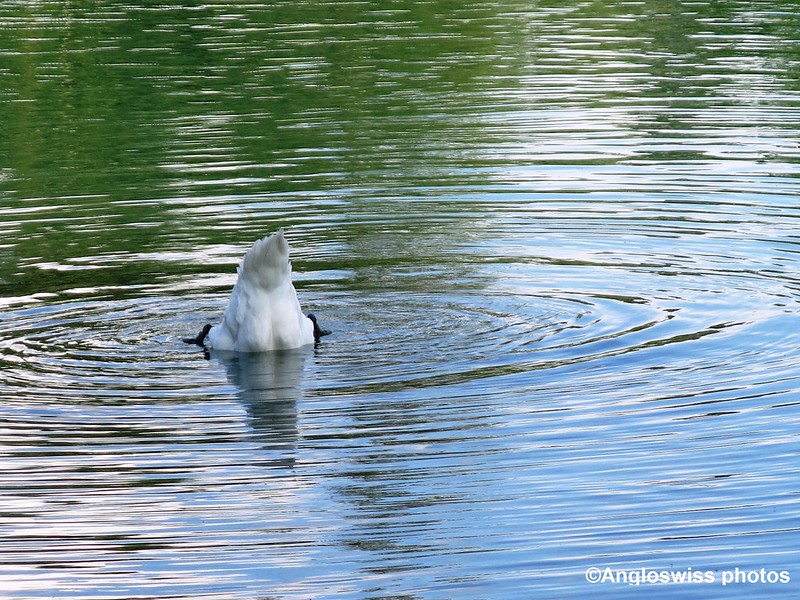 Even the swans were bent on doing their swan things.

“No time for conversations human, there is something moving down here and it looks edible.*

And so this was the only view I got of a stately bird, she had better things to do.

Today I am having a quiet day, reading my book on my Kindle and cleaning a few windows, but tomorrow who knows. I heard there might be a mllking competition at the local farm, Yes, such is life in Switzerland, never a dull moment.
Posted by Pat Gerber-Relf at 16:58

Labels: daily prompt, take it from me