Write a feline story or post with an open ending, and let your readers invent the conclusion. 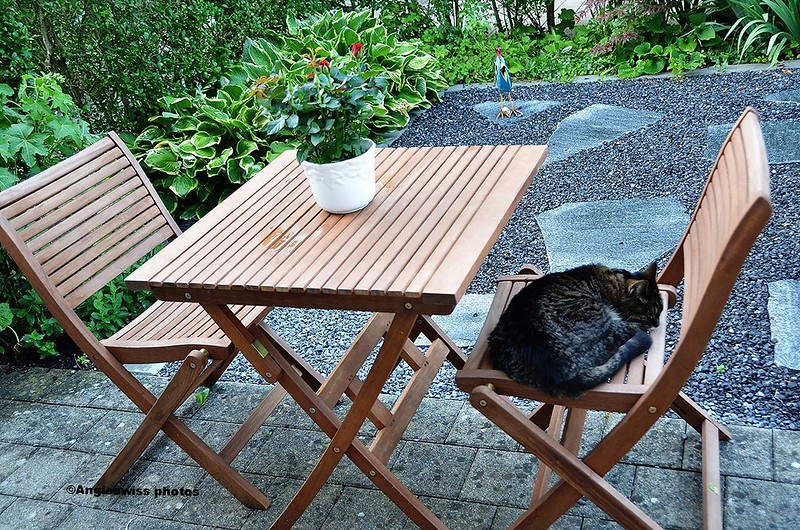 Once upon a feline time there was a tabby feline, called Tabby. Tabby decided to end her sleeping phase and awoke to the sound of birds chirping outside, and so she went outside. The tall tree in her territory was full of birds. Tabby studied the birds, they were in all shapes and sizes. She studied the height of the tree and the length of her four legs and decided no way would she climb the tree. The last feline that climbed a tree in the neighbouring territory was Butch, because Butch thought he was the boss. Unfortunately Butch was clever at climbing but stupid at thinking things over, and so Butch was stuck in the tree and could not return. His human had to call the firemen to rescue him with a ladder and so Tabby decided to leave the birds where they were. It was a pleasant feline friendly day, so she curled up at the foot of the tree and slept again.

Tabby slept of an hour and awoke again. She decided to find a better place to sleep and so she walked through her apartment finding that Mrs. Human was taking photos in her front garden. It was then that Tabby saw two empty chairs. “I have never slept on those chairs” was the first thought that entered Tabby’s whiskers. And so she jumped onto one of the chairs. Mrs. Human was immediately there clicking with the camera. Eventually Tabby fell asleep on the chair, thinking why have I never slept on this chair before, it is so comfortable.

It was then that a dog called Dusty entered the garden……..
Posted by Pat Gerber-Relf at 17:00