Write a post about anything you’d like — in the style of your favorite pawrer. (Be sure to link to them!) 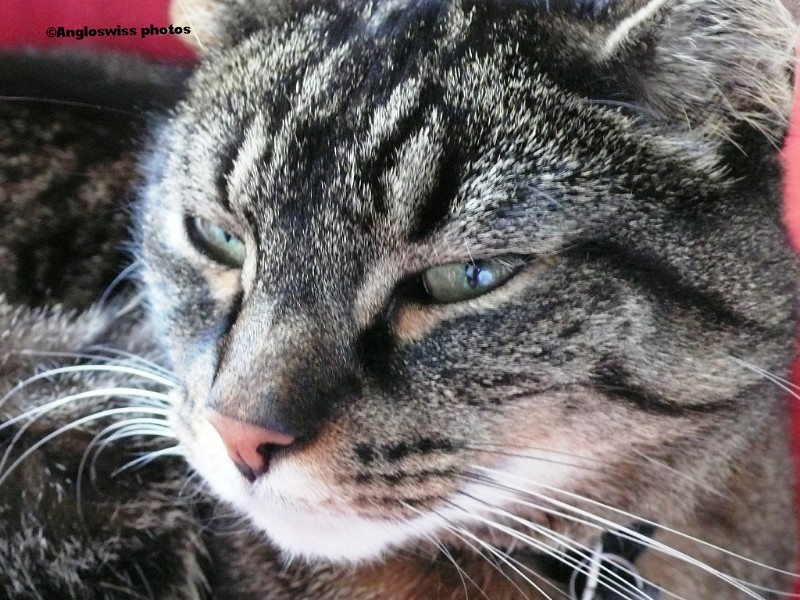 “You look like Tabby with the Macdonalds M on the forehead.”

“I beg your pardon. This is my imitation of the Mona Cat, painted by the famous Leonardo di Gatto with the mysterious smile.”

“Tabby, since when do felines smile.”

“Of course we smile, We have an internal mesmerising smile that only such great artists as Leonardo di Gatto can capture”.

“It says in the feline prompt that we should be flattering.”

“Fluffy, since when does flatter exists in Meow.”

“Well that would be that part of this feline prompt dealt with.”

“Did Bastet have something to say about this?”

“I think she did. Just a moment Fluffy, I will have to paw through the two thousand pages to see if there is anything mentioned. Ah yes, here it is in chapter 1012, verse 33. “Felines do not imitate or flatter. This would be a negative influence on catching birds and mice. They should remain their egoistic selves. The exception granted is for gifted artists, such as Leonardo di Gatto, who will be remembered for capturing the mysterious poses of the Mona Cat.”

“You see Tabby, you should not imitate the Mona Cat. In any case you look nothing like her. There are thousands of felines with the same fur patterns as you. Tabby felines are quite common you know.”

“All the better. There is a reason. If I happen to catch a bird for dinner the witness is asked “Who did it?” and she says it was a tabby cat. Now which tabby cat is the question, so they will never find the guilty party. On the other hand if the murder was committed by a Selkirk Rex and he was described as having curly or no whiskers, a dreadlock hairstyle with frizzy curls, there would be only one suspect here.”

“Tabby, I do not commit murder, it is a question of survival of the fittest and my curls are very unique.*

“So who gets the next bird victim.?

“You Tabby, you have more chances of getting away with it.”

Click here for more
Posted by Pat Gerber-Relf at 17:33