What’s the most surreal experience you’ve ever had? 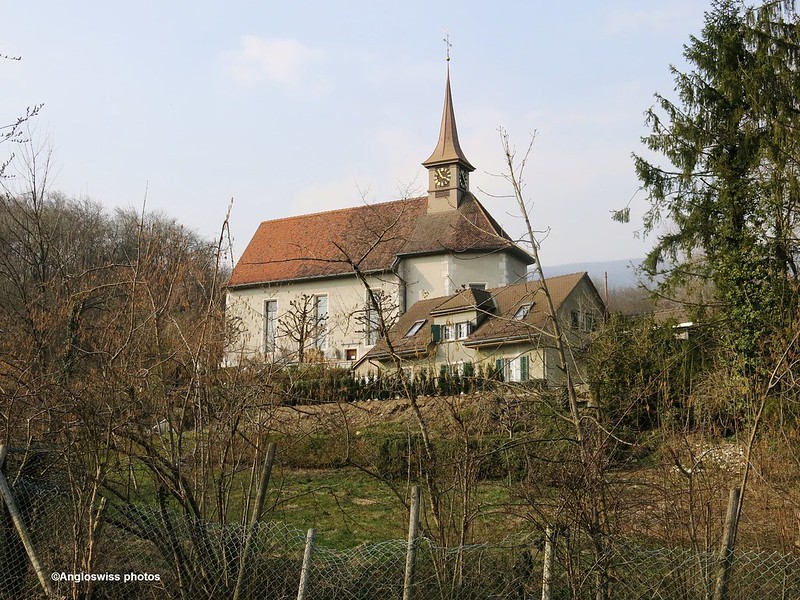 “Let’s take a walk to the village church” Mr. Swiss always has good ideas for our tours in the afternoon, although our churches, like most other things worth seeing in Switzerland, always seem to be situated in high places. Nevertheless we continued, Mr. Swiss leading and me following. I felt like one of the 7 dwarves known as “copycat”, although that would be dwarf No. 8. So onward I stumbled, climbed, holding on the iron bar with both hands as I climbed the stairs to the top. Yes those churches think of everything, they even build stairs to make sure you arrive. 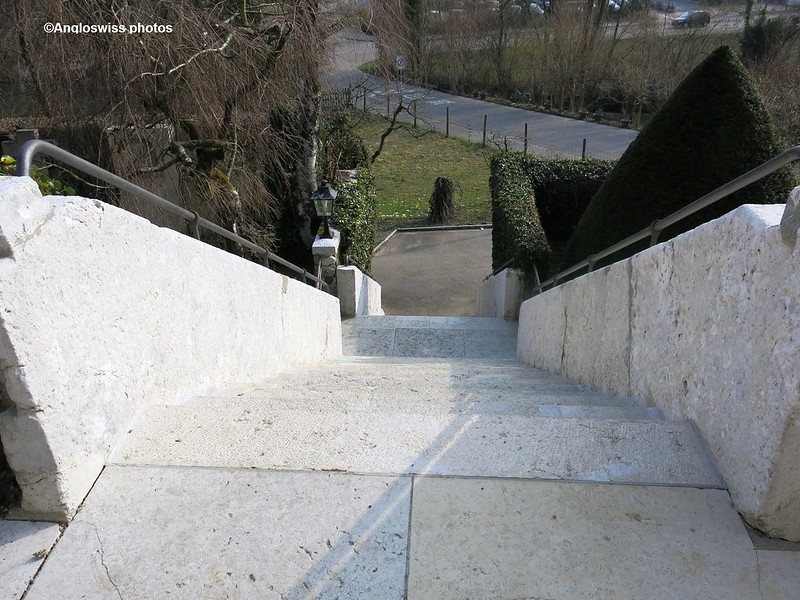 I got there safe, but perhaps not so sound. It is a catholic church, our area being predominately roman catholic, but churches are not fussy who visits, and we had no intention of going inside. I stood for a while to gather my breath and ensure that all my limbs were in place.

“I beg your pardon.” No it was not Mr. Swiss, he had already turned the corner.

“I said do you mind, you are standing on my gravestone.”

I bent my head and discovered that I really was standing on a gravestone, with name and dates and everything that belonged.

“I might be dead, but in my life time I was respected as one of the elders of the village, one of the people that had something to say and to prove it I had a pole position in the graves surrounding the church.”

I looked around and discovered that there were a row of graves on the floor and even on the walls of the church there were stones commenting various pillars of society, some of the names being from familiar established families in the area. I was a little perplex but mumbled an apology.

“I should think so, you graveyard tourists have really no respect. The next thing you will probably do is to produce one of those new fangled digital cameras to take a photo.”

“Then take a few steps around the corner. One of our show offs, the painter Frank Buchser Frank Buchser who lived in the village has a monument. He thinks he is something special, although I believe he is well known, not only in this area. Take your picture there, I just want to have my peace and quiet.”

I decided to move on, being carful not to walk on the other stones and not wanting to wake more dead. Of course I took a photo of Frank Buchser’s monument, it was too good to be true. 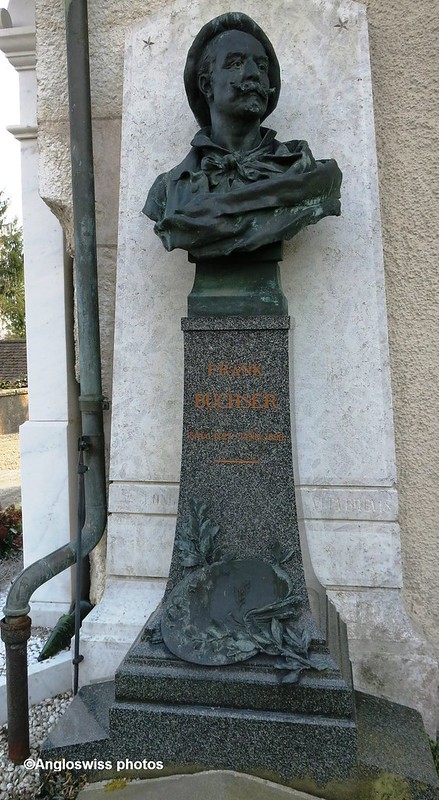 “Who are you talking to?” called Mr. Swiss from somewhere in the distance.

“Just a dead person that is buried here” I answered truthfully.”

“Forget it.” I decided I did not want to confirm the fact that I sometimes have illusions, he knows it after 46 years of getting used to me.

I continued with my walk, still avoiding the dead people and decided to take a few photos from the church. Three of my photos included the graveyard belonging to the church where the normal unimportant dead were laying. Who knows, one day I might ….. forget it. It’s too early I hope.

I turned a corner where Mr. Swiss was standing, examining a stone engraving in gold letters on the wall. Another one of the dead that made it in life I suppose. I then saw a wonderful view, the photographer’s dream. I was patient for a few minutes, as Mr. Swiss was standing on the lefthand side of my photo viewing lens. Eventually he moved and I took the photo. When I uploaded the photo at home, I realised he was a figure on the lefthand side of this Pulitzer prize suspicious photo, so I cropped him out and here is the result. 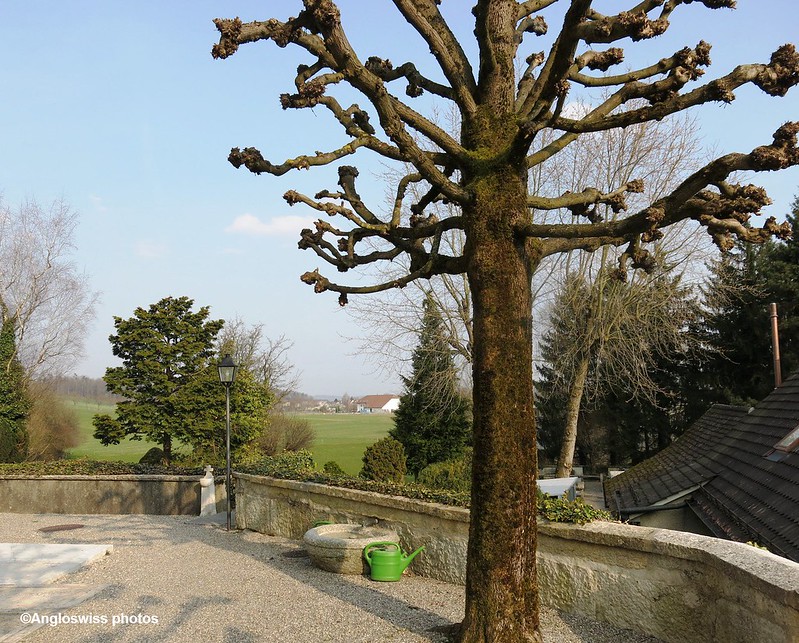 The white building in the middle in the distance is our local stables of which I have blogged now and again on my marathon walks.

We eventually walked down the hill to the top part of the village. The church is known as St. Niklaus and so it the top half of the village of Feldbrunnen. I could hear voices saying “Goodbye, come and see us some time, it gets quite lonely here now and again” as I left.

“Who is that calling?” said Mr. Swiss.

“Oh, no-one important, just a few happy spirits I met on the walk.”

He probably thought another Mrs. Angloswiss weak joke but what did he know.