This week, you can write about yourself, someone else, or a fictional character.  Whomever you choose, that person is going to die twice in your post for this week’s challenge. 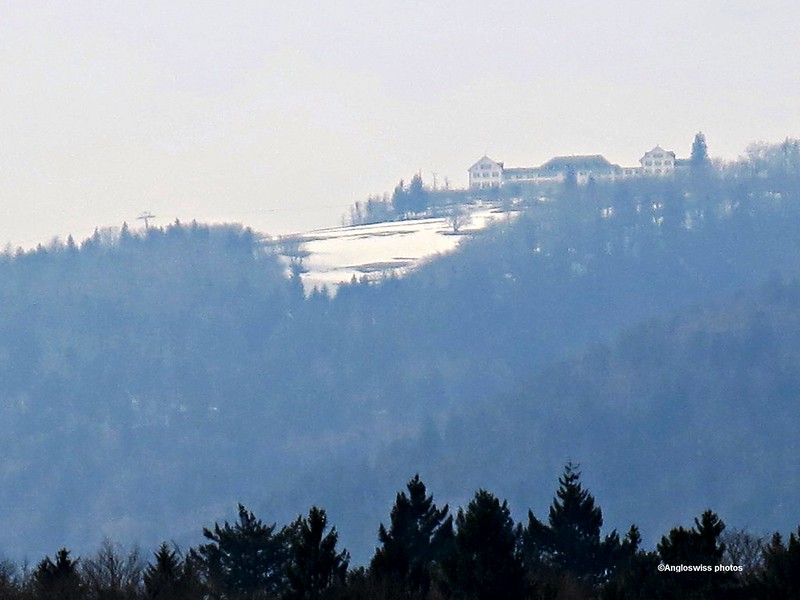 Part 1
“It’s cold” thought Tran the hunter “and I’m hungry” and so he plodded upwards over stones ignoring the vultures circling over his head.

“They can go away, they are not going to get a meal from me.” He flapped his arms as they drew nearer and then he saw it, slowly pacing along over the ridge. A nice fat juicy goat, one of the big goats and he aimed with his slingshot.

“Ug” jumping up and down, straight between the eyes. He was shouting his words of happiness, at last food. He walked closer, it was not moving, an instant death. “Lucky goat and lucky me”. He thought of the many kills he had made where it was not a kill, but a slow following of the victim, stalking his prey until it eventually fell with glazed eyes and lack of breath, dead. If I was lucky. it died in a place where he could truss it up and carry it over his shoulders. If he had misfortune the animal would stumble into a crevice, or the worse case die on a high ridge.

He got to work, skinned the animal first of all. “At last something warm to wear in the ice days” he thought. He pounced on the meat and tore a few mouthfuls off the bones. This was luxury, his first kill after two days.

Then he heard a faint rustle and they appeared, probably smelling the scent of warm blood in the air, their sabre teeth reflecting in the sunlight. They were not fussy if it was man or goat, they had cubs to feed and kill was their motto.

Part 2
Wilhelm was happy, his house was finished at last. His brothers had helped him to fell the trees in the forest. The had built a solid wooden chalet to accommodate Wilhelm and his family at last. The first night in the house was disturbing, but Wilhelm blamed it on too much ale, too much to eat and everything that belonged to a family feast to commemorate a new house. He twisted and turned in his bed, Heidi was sleeping. He descended the stairs to the living room and heard noise coming from the cellar. This could not be. The dogs were in the kennel outside and the cats sleeping in front of the fireplace. He ventured into the cellar, where the woodpiles were ready for the Winter.

He saw a figure, at least a head poking through the floor, although somewhat misty in outline.

A weak sigh answered. “I am the same as you.”

“That cannot be, although your hair has the same red colour as mine. Are you human?”

“I am human, see my body” and the figure rose from the floor and Wilhelm now saw it in its full size.

“My people called me Tran”

“This is our land, we hunted it until it was empty and spread to the heights.”

“You mean the Tafelspitz, our mountain.”

“We call it the pointed demon, where the mountain spirits live.”

Wilhelm pinched himself, was he dreaming. He had no fear of this transparent ghostly shape. He saw visions of sabre toothed tigers pouncing, tearing flesh from bones and leaving just a skeleton with a crop of red hair on what was a skull.

He awoke in the morning with a feeling we would call “déjà vue”.

Part 3
“What is the problem, why has the work stopped?”

“I think we have found something boss. Looks like a skeleton.”

“We do not have time for skeletons.”

“Of course it is deep down. We are building a tunnel through the alps, not a cable car to reach the top. OK, men, take a break. I will have to call the experts.” although Fridolin had a strange feeling. The skeleton had a shock of red hair on the head. Some things disappear through the ages, but hair remains. He remembered seeing many old skeletons in the bone houses, and they still had traces of hair.

The archaeologists arrived and took over, although Fridolin often took a quick glance over their shoulders.

“Found anything?” he asked.

“We have found plenty, but this one is from the pre ice age. He must have wanted to be found, laying on the exact path of the tunnel. Has a nice crop of red hair on his head, something like yours.”

Fridolin felt a shiver go through his body. There were some things better not said, but just remaining as a thought.  Why did he feel linked to this morbid discovery. That night he left his bed in the neighbouring sleeping quarters for the building troop and took the lift down to the tunnel where the bones of the past had been found.

He saw them. Two men, one clad in a crude leather cover, one dressed in the hunting clothes of the middle ages, but both with red hair.

“We are one, but three” the two men said together.

And Fridolin knew the truth. He was the third man.

“A few months later Fridolin returned to his family for a well earned holiday. He was glad to see his wife again. His little red headed boy ran to greet him.
Posted by Pat Gerber-Relf at 20:38