Life in the Swiss country

I am still discovering my little part of the world by walks. Spring is here, the weather is fine, so let’s go and see the surroundings. 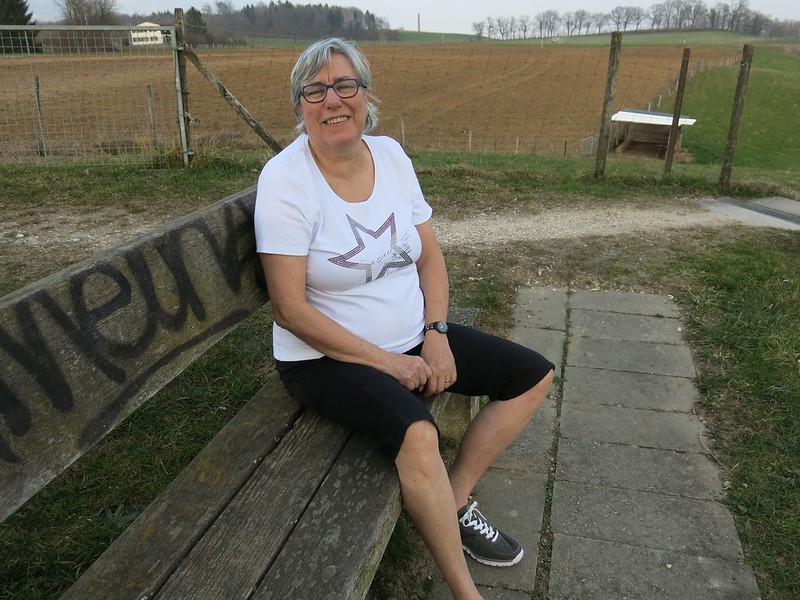 This is how I look with almost five kilometres walking behind me. I had just climbed the stairs to the top of the river bank, where I have a nice view over the river and am taking a five minute rest before the last 5-10 minutes on the home stretch. Note, temperatures are now very pleasent, hence the sporty look. I also noticed that I should perhaps go on a diet, although I am sure when the end of Summer arrives and few kilo will have been shed on the way, at least I hope so.

We took a walk along the rive Aar and yes, I saw my first swans. 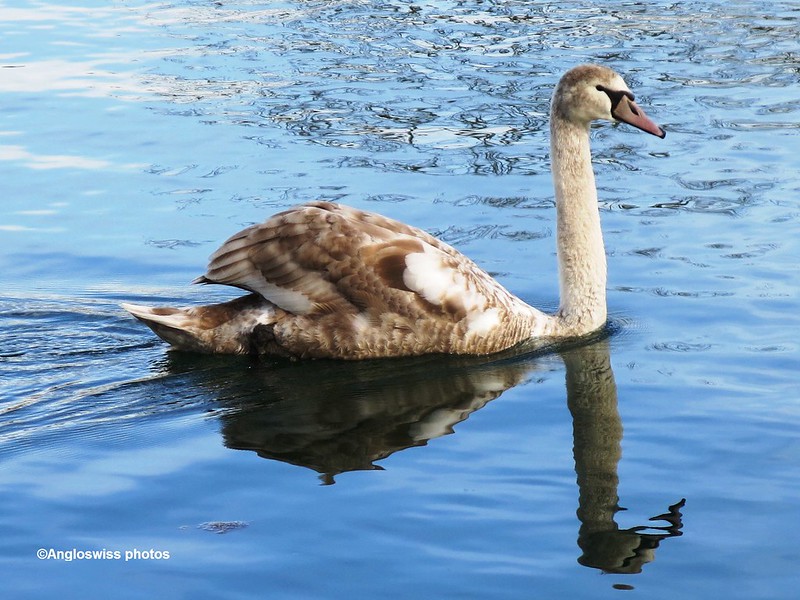 This one must be now a year old as he still has the remains of his first coat of brown feathers. We have quite a few swans on the river, they seem to live in colonies. Here might be mum and dad swan. 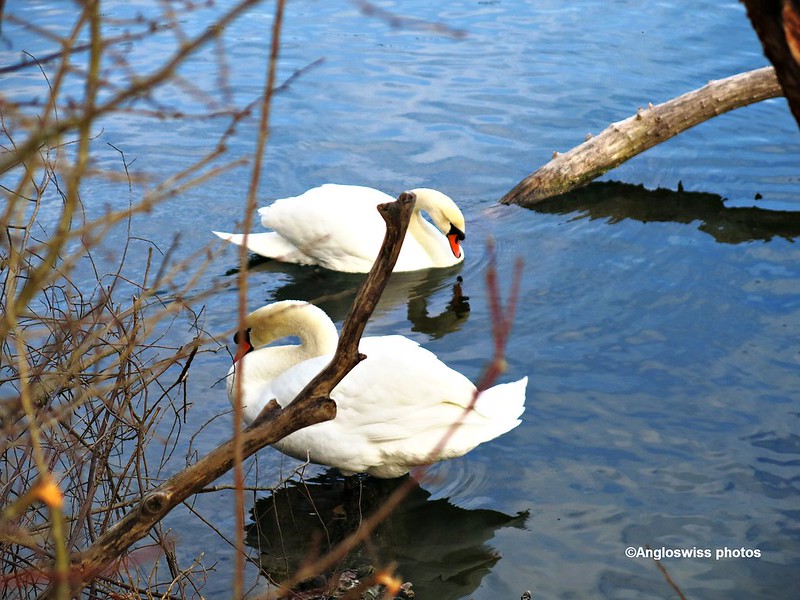 Apparently they are very faithful animals and stay together all the time. You can feed them, but they are not always in a good mood and can get a little iffy now and again, so I just took a couple of photos. Then I saw a duck, or whatever, that I had never seen before, so of course I took a photo. If anyone recognises this feathered creature, I would appreciate knowing his name. 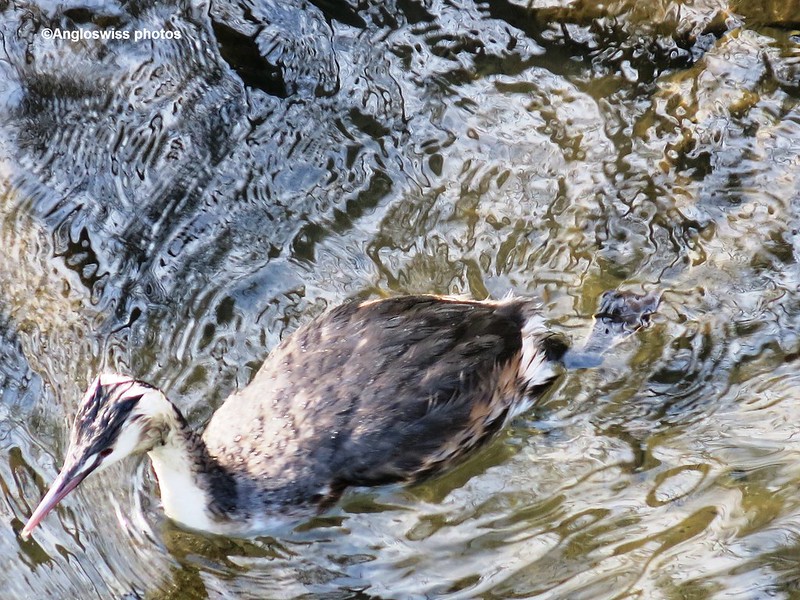 The water looks quite choppy as it was swimming on the small stream leading into the river from the cemetery. Yes, all roads and rivers seem to lead to the cemetery in the area where I live.

We live in the village of Feldbrunnen, Switzerland, population about 1,000 humans give or take a few according to deaths and births, not counting cats, dogs, ducks, crows, sparrows and  hedgehogs. I almost forgot the cows. I am not sure how many, but I would guess about 50-100. I have not seen any this year, but they will soon be out in the pasture munching grass and fertilising the ground. And we have horses, see yesterday’s daily prompt.

Everyone seems to know everyone. We have no shops, so you cannot quickly buy something you have forgotten. The worst case scenery would be to borrow it from the neighbours. It is not a problem, but we Swiss tend not to borrow stuff from other people if you do not know them so well. We have a restaurant when it is open. It seems to change the owner once a year, so it is not such a certain thing. We have a church, denomination roman catholic, so if you are something else you have to go to the next town of Solothurn. However if you pass on, you will be buried in the local cemetery regardless of what religion you are. The funeral services are held in the chapel at the cemetery.

We have a gynacologist, and a vet, so if you are female or animal you are cared for. All other problems are looked after in Solothurn. The village was originally farmland but slowly it is growing. Our apartments were built about 20 years ago. There is a small problem when digging the foundations for new developments. Many years ago the gallows and chopping block were situated in our village, there was even a street called Gallows Street. It might be when the workers are digging with their bulldozers that a skeleton will appear, with or without head. The local archeologists then move in and we are in the local newspaper.

We also had a murderer who killed his wife and a local lady wrote a book about it. She held a talk in the local village museum on a Sunday morning all about the murder case and how the book developed. I decided I did not want to miss that one so exceptionally I was up early on a Sunday morning.

Otherwise we are generally peace loving people. It is a tax paradise, as luckily a few millionaires built there villas here and there in the village, saving us a lot of expense for building the infrastructure. We have a school in the village, but as there are not a lot of children, the teacher might have two or three age groups in one class. This is quite common in the smaller Swiss villages.

Click here for more
Posted by Pat Gerber-Relf at 18:12