Ghostwriter and Bits and Pieces

If you could have any author –living or dead – write your biography, who would you choose?

I chose my ghostwriter, or she chose me, two years ago, my feline Nera. Since she has gone to the eternal corn chambers and I will be 69 years old end of this year, so ghostwriters are no longer my thing. It is a shame that Lewis Carroll is no longer with us, he would have painted a wonderful Jabberwocky picture of my life in the way with borogroves, bandersnatch, all put together with a vorpal sword, but unfortunately it is no longer possible, so I will now dwell in the world of the slithy toves and write on regardless. 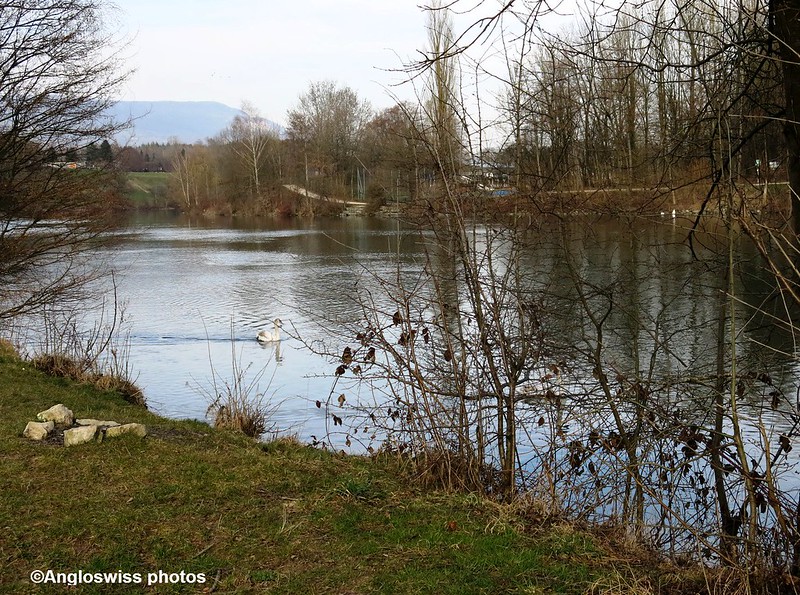 Let us begin with another one of my prize suspicious photos I took on a walk along the river banks of the Aar. I believe there is a swan somewhere on the river, but she preferred to remain incognito, I believe she had a date somewhere with another swan, after all it is Spring and the promise of cygnets is in the air..

We are still walking, Mr. Swiss and I, and today our afternoon journey continued up and down over fields and threading our way through trees which had been planted in the wrong places some one hundred years ago. We avoided cemeteries today and decided to stay in the land of the living. Stay tuned for tomorrow’s report with illustrations if we survive.

This morning I again ventured on a shopping trip to the supermarket. Mr. Swiss had business to complete at the post office, so I began the shopping alone. Eventually he arrived at the shop some time later, rather annoyed. He only had a registered parcel to send, but it seemed there was a meeting of golden oldies at the post office that had problems, and they were all there before Mr. Swiss. He was not the first in the queue. There was one lady that was paying her monthly bills. Unfortunately this lady did not have a computer where she could do it from her home office online. She had written all the details in her official post office book and it seems her monthly bills amounted to five thousand swiss francs. This would not have been a problem but she was slightly annoyed.

“Why do I have to pay an extra amount on top of my bills?”

“Because you are paying manually.”

“But that is not correct. I have entered all the amounts by hand separately and I have to pay more?”

The lady in the post office was annoyed and the lady behind the counter was becoming impatient and Mr. Swiss had to wait until this disagreement had been solved. The lady paying did not get away with it  and had to pay the extra and so 5-10 minutes passed. In the meanwhile another customer had a problem with her post office account, although Mr. Swiss did not really listen to the sordid details.

“You mean that I cannot do it that way?”

“No madam, but we can organise it for you.”

“Then I will have to ask my husband, but he is not around during the day because he is working. It has to be done by Saturday. Can I come back then?”

“Of course, but that is the last chance to make the arrangements.”

And the lady left. Whatever it was that had to been done by Saturday Mr. Swiss did not know and he did not care. It was now his turn. He found the person behind the counter not very polite and friendly, but I suppose if you have to handle customers that do not like the post office way of dealing with things, then he would get a little short tempered.I was relieved when Mr. Swiss arrived. It could have been that there was a hold-up at the post office Wells Fargo style.

I will now leave you with some flowers I photographed on the river bank. I do not know what they are, but Wikipedia tells me they are white buttercups. In any case they seem to be the first flowers along the river to show their faces. 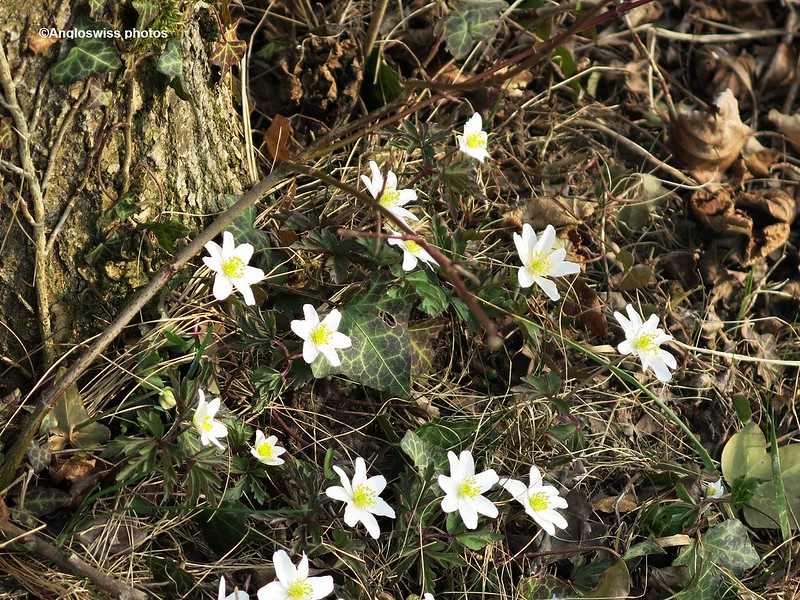