32 Flavours: On the Path again

32 Flavours: Vanilla, chocolate or something else entirely 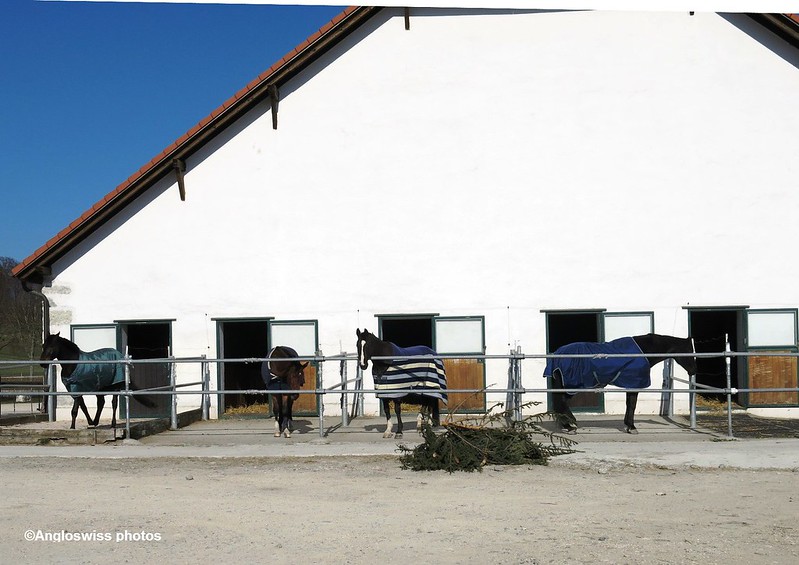 My flavours are walking flavours at the moment, for as long as I can do it. Of course I can do it, ask Mr. Swiss. It seems that he has been measuring the length of the walks that we have made together. Up to now it has been an average of 3 1/2 kilometrers daily but today we beat them all.

Along the river taking photos of swans, up the path to the cemetery photographing various graves and as a climax, to the stables where we had a very interesting discussion with the lady that owns the stables. The photo was taken on the side where some of the horses live, full of various flavoured horses. She told us where they come from. She has a couple with American origins from Maine (are you reading me Marilyn) where they apparently have the best horses in America. I think she mentioned the town of Burlington. There are a few Swiss mixtures and the daddy of them all the Shire horse with the furry bits on the legs which she brought from Ireland 23 years ago. The Shire horse is called Guiness and is now 26 years old. She noticed my camera, so made him stand for a good photo.

No photos yet, they are still in the camera and I will prepare them for another day. She also told us about the chickens, which are in the field next to the horses. There are 60 chickens and a rooster. They lost six chickens to the fox, but the rooster bravely defended his harem, losing his tail feathers in the process. What those roosters do for their womenfolk.

I have lost the thread. Afterwards we made our way home. Mr. Swiss checked his iPhone and said that today we had done a record walk. It was five kilometres. He checked his iPhone? Yes, he has some sort of devious app that measures how far you walk. I did not realise I was under observation. I must admit there were two bench sitting breaks to regain our energy, but I did it. There was a point on this walk, although I did not mention it to Mr. Swiss, where my energy was waning, but after the second bench I was ready to go.

And now to the flavours of life. Does life only consist of ice cream? I eat it once a week on Saturday evening, vanilla flavoured. Today I absorbed the flavour of stables, very aromatic, although not easy to define. A mixture of hay, more hay and I suppose the scent of the horse waste disposal. The cemetery had no definite scent, but the gardener was digging over some earth for some reason. Actually I noticed there was a lot of empty space in the cemetery. Perhaps cremations are becoming so popular that no-one wants to occupy space. Just one of my down-to-earth morbid thoughts.

We took a walk along the river. There was a sort of watery scent in the air. Today was a sunny warm day for a change: time to wear a t-shirt and no jacket and three-quarter trousers. There was a strange scent in the air when we passed a group of young people on the river bank. They had lit a fire and were enjoying themselves with a couple of cans of beer. There was an aroma in the air, but very biological. It seemed to originate in the joints they were smoking, but all part of nature I suppose.

Eventually we arrived home and after changing into my home dress I ran to my computer to write the daily prompt and tell everyone all about it.  Just to show that Spring is in the air, here is a photo of some catkins I discovered on our marathon walk. 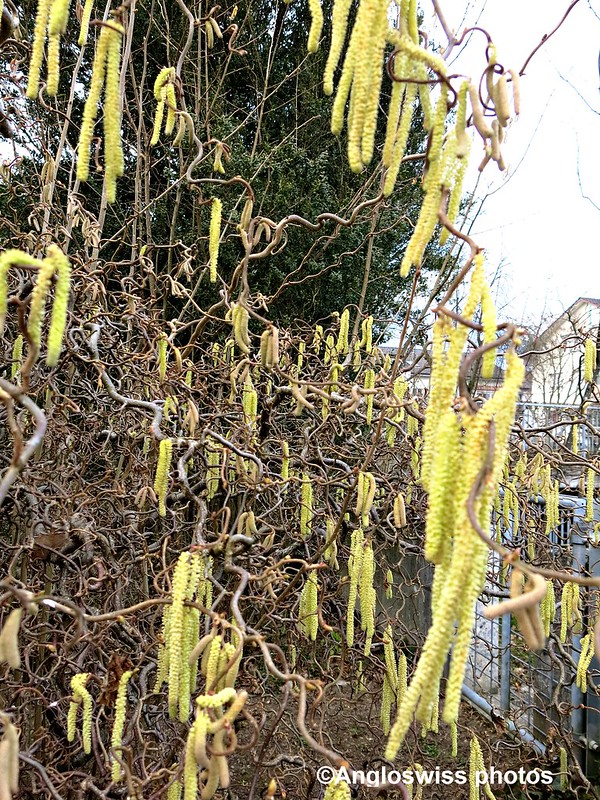 Click here for more
Posted by Pat Gerber-Relf at 18:25