“Think global, act local.” Write a post connecting a global issue to a personal one. 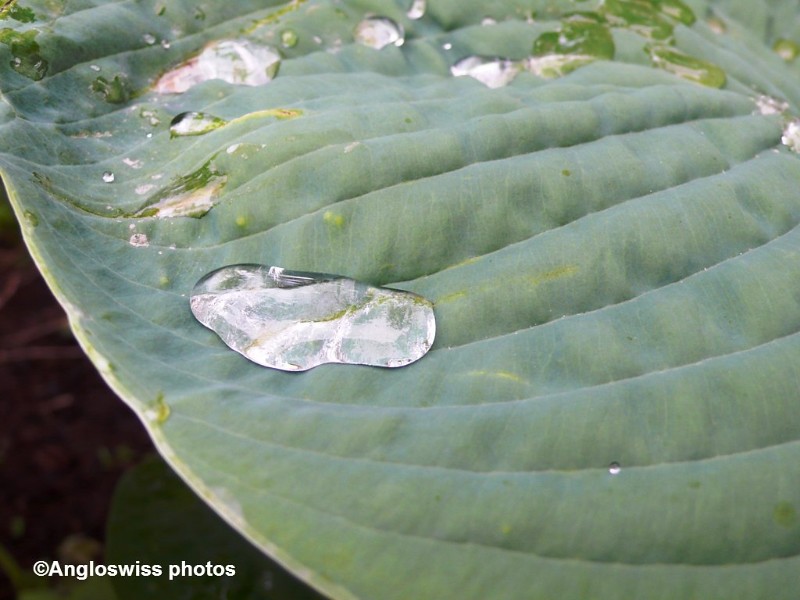 “Only water! You throw litres of it over your garden every Summer just for a few flowers, not to mention the lawn and we measure it in glasses when we clean our teeth.”

The discussion was heating up at the annual meeting of property owners in the village of Little Brainer and Mrs. Conscience was out in force. She had decided that the amount of water used in the village should be put under control, especially when people like Mrs. Jones was throwing it all over her garden.

“But if I don’t water my plants in the hot Summer days they will die and my garden will resemble a desert.”

“And we pay for it all, we honourable members of the village that do not have a garden, but live in apartments.”

“What do you suggest? We cover my lovely green flowering garden in concrete?”

“Now ladies, let us remain civil with each other.” The chairman of the meeting, Mr. Goodall, decided to intervene and prevent things getting out of hand.

“Yes, why not, at least the concrete does not need a hose pipe spouting water all the time. Not to mention Mrs. Camel’s dog.”

“What wrong with my dog? He is a thoroughbred Czechoslovakian Wolfdog. They are a rare breed and we are proud of him.”

“But he is a monster dog and drinks at least a bucket full of water daily.” Mrs. Conscience was raising her voice.

“Of course, he needs a regular supply of water to maintain his health.”

“And his size. He is maintaining the costs of our local water supply. Other people have poodles or Yorkshire Terriers, but no, Mrs. Camel has to have a prize winning water addicted vampire dog that makes our costs shoot into the impossible.”

“Boris is not a vampire, he is a loving cuddly canine. So what do you suggest? I am not going to get rid of Boris for a Fifi poodle. Boris has character, he is admired by the national canine society.”

“Ladies be civil with each other. Mrs. Jones has a prize winning garden we must agree. I believe she won a prize for her rambling roses last year at the local horticultural show and Boris is a prize winner in his breed. Czechoslovakian Wolfdogs are becoming very rare you know.”

“Of course I know that, no-one can afford to keep such a living water suction pump these days” said Mrs. Conscience.

“I know the solution. We could have water counters fitted in the apartments, then everyone pays for their own water supply.”

There was a show of hands. In the meanwhile Mrs. Jones and Mrs. Camel had left the meeting in protest, so the vote was carried out without their participation. Of course all the other members of the meeting had no prize winning garden or for that matter Czechoslovakian Wolfdogs and so it was unanimously accepted to have a water counter fitted on the individual boilers.

A week later Mrs. Jones had a telephone call from a company that decided to call about fitting her boiler with a water counter. She knew it had been accepted at the last meeting and there is nothing you can say against a democratic decision: after all it was 10 votes accepting and 2 withheld votes, due to the absence of the prize winning rambling rose water drinking owner and the Czechoslovakian Wolfdog enthusiast.

The man arrived. She noticed he was one of those foreign workers who was convinced he spoke the local language fluently, but Mrs. Jones was not of that opinion. She only understood the words “very expensive” “two days work” and “we will have to rebuild the boiler cupboard”. She was not happy and had visions of being invaded by a team of workers making a mess of her home. Mrs. Camel had the same visitor. She found having a general renovation of her boiler for an instrument to measure the amount of water Boris her Czechoslovakian Wolfdog was drinking was a little exaggerated. The man who visited the two ladies is now at home resting from the injuries he received when Mrs. Jones pushed him into the rambling rose and from the attack of Boris. It was a wonderful rose and survived due to its many thorns and Boris had an opportunity to exercise his hunting instinct on human flesh.

Mrs. Camel had a problem with Boris. Boris was usually a mild dog, although very large, but he was allergic to humans measuring the amount of water he drank. Boris was sure, in his canine thoughts, that dogs were entitled to quenching their thirst from a fully filled 10 later bucket and what did it matter to him that he was not a stupid poodle or Yorkshire Terrier with a bow in their hair.

And the result of this local action. It was discovered that the whole idea of fitting the water counters was far to expansive and things remained the same. There was also a problem of the person who should fit the counter. He refused and found the job to be too dangerous and risky. Mrs. Jones won another prize for her rambling rose at the local exhibition of the horticultural society, Boris became Dog of Year and Mrs. Conscience? She was still being careful not to use more than a glass of water to clean her teeth daily. Her dentist was overjoyed. He had never had such reliable source of income for her treatment.

Click here for more
Posted by Pat Gerber-Relf at 16:22