Dig through your couch cushions, your purse, or the floor of your car and look at the year printed on the first coin you find. What were you doing that year?

I did this two years ago so I decided to see what was offered with “Try Another Prompt” - you never know. Now, I do. It said “re-do a prompt that you once wrote”. Is this a never ending vicious circle of prompt? Probably, so I decided  to ignore the jokers at WordPress, I am too busy with other stuff.

We don’t have buffalos in Switzerland, just cows, and up to now no-one has decided to put them on a coin or a bank note. They have their purpose, they give milk and fertilise the fields. We also do not have nickels, but rappen. The French call them cents, and I believe so do the inhabitants of our english colony across the pond, but we Swiss Germans call them Rappen.

And now for something completely different. 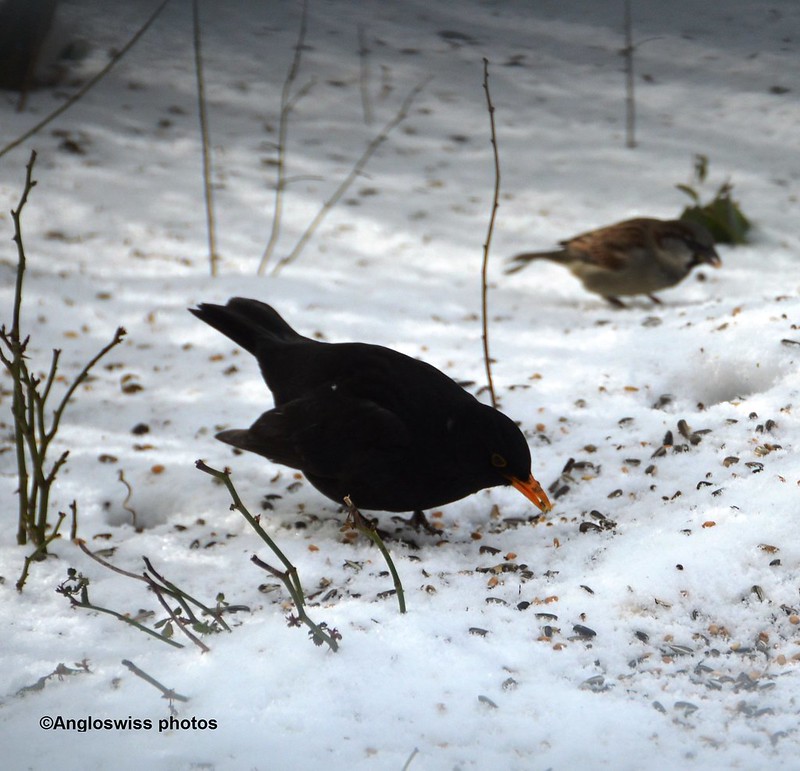 When I uploaded this photo of a blackbird in my garden I was astonished.

“I am just a normal blackbird feeding on the seeds you put out in the birdhouse, there is nothing to be astonished about.”

“Yes blackbird, but not wanting to annoy you, it seems to me that you are becoming rather round with all this food. I think we are over feeding you.”

“I don’t think so, never had it so good. Would even have it better if the sparrows would keep out of the way.”

“There is enough bird food for all.”

“Yes, but first come first served, although I told the missus to go easy on the food, her slimline is slowly disappearing. Who wants a cuddle with an overweight blackbird.”

I decided to move on and left the blackbird to his pecking enjoyments, although I really have a feeling that they are a little overweight. It was only yesterday when one fell off the birdhouse platform, losing its balance through overweight. Mr. Swiss did mention he thinks we are overdoing it.

Today was the day when we received post from the Swiss government enclosing the tax forms for 2014. The job has already been done, it was a quick one this year. Like all good Swiss citizens Mr. Swiss was prepared for this day, and most of the work had been completed. I had been supplying him with my information for the past month and now the job is almost done.

We also got three thick envelopes from the Swiss government supplying information for the next Swiss voting day. I asked Mr. Swiss what it was all about. He told me and five minutes later I had forgotten it all, so it was probably no so important. I told him to do the usual, which means I will just have to sign on the dotted line and trust his opinion. I do not have time for long political discussions, I have daily prompts to write.

Click here for more
Posted by Pat Gerber-Relf at 16:47