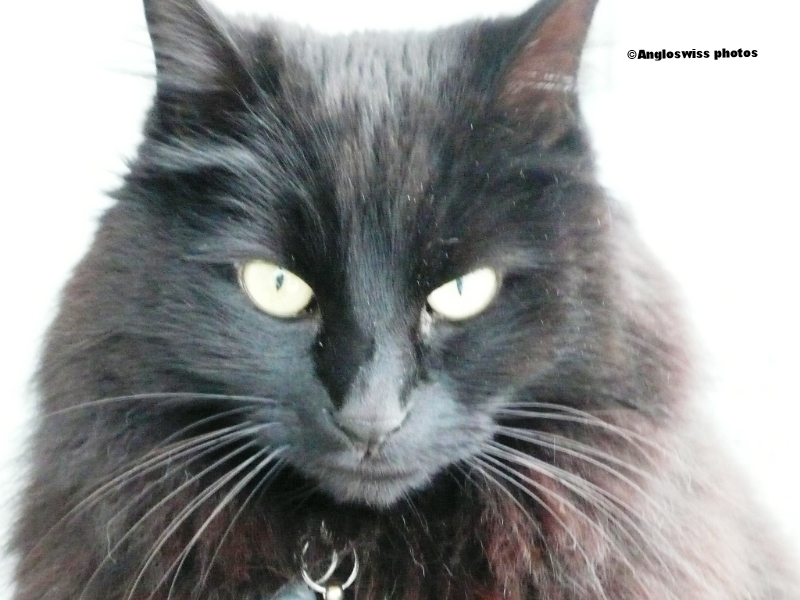 “Tabby, I don't remember that prompt, but I think “remember” doesn’t exist in meow.”

“It does Fluffy, but only for a few minutes. Gods do not need memories. I think our sister Nera, may she rest in peace with Bastet, mentioned something about our ancestors being burnt as witches helpers.”

“That must have been a human thing.”

“Yes Fluffy, it was their idea. Of course we were not witches helpers, we were in charge. Nera said they picked on the black felines first of all. As if black felines were dangerous: ridiculous!”

“Well Mrs. Human would not go too near to Nera, she said Nera did not like her.”

“Nera only liked herself, I was her assistant and you were her apprentice.”

“Ah yes, I remember. But she was good at giving orders and organising things.”

“I know if our place burnt down, she would have thought of everything and if something was forgotten she would have organised us to return to the house to fetch it alll.”

“But we were allowed to take five things yesterday Tabby and I think we covered everything, so what more should we rescue.”

“Well, there would be my photo of Garfield on the wall next to my feline cushion.”

“You mean you would return and fight your way through the flames for a photo.?”

“No Fluffy, you would fetch the photo. You are the apprentice.”

“But I thought my apprenticeship was learning to catch mice and birds and bringing home the rewards. No-one said anything about battling my way through flames for a crummy photo of Garfield. What about my catnip, who would rescue that? I got it from a feline dealer I met down in the sewer.”

“First of all Fluffy, the Garfield photo is not crummy, it is a treasure. There is even a Garfield paw print on the back. And tell me about that dealer, is it good stuff that catnip?”

“The best Tabby, I had to pay two tins of tuna for it, he wouldn’t take less, but it is strong stuff. One sniff and you forget everything, even if the house is burning.”

“Ok Fluffy, while you are rescuing my Garfield photo from the fire, I will rescue the catnip. Let’s shake paws on it.”

“Err, Tabby I can’t sniff a photo, so why should I rescue a photo?”

“You are the apprentice, you do what I say, you have to learn the important things in a feline life. I will rescue the catnip. By the way what did you say that feline’s name was down the sewer. Sounds like a good contact.”

Click here for more
Posted by Pat Gerber-Relf at 17:20