Meowing evolves. The meaning of a meow can shift over time as we use it differently — think of “cool,” “heavy,” or even “literally.”
Today, give a word an evolutionary push: give a common word a new meaning, explain it to us, and use it in the title of your post. 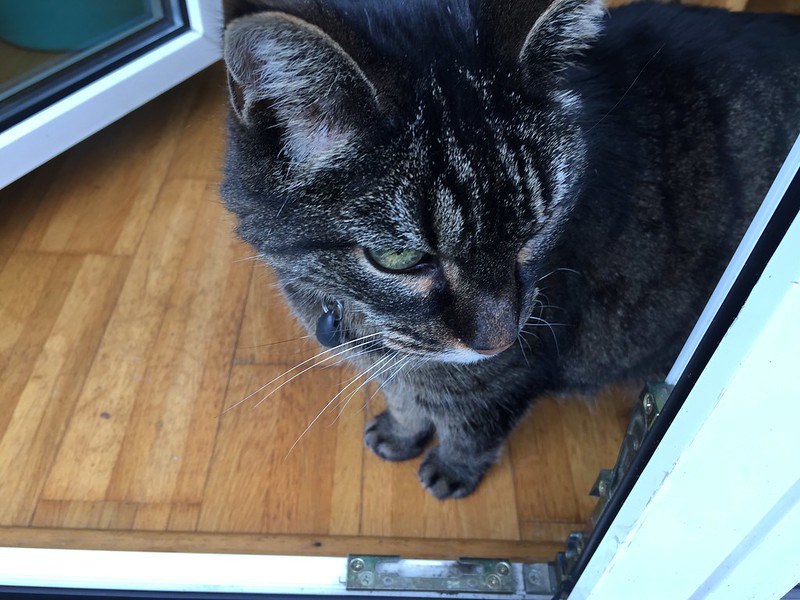 “Tabby what is that noise?”

“Nothing Mrs. Human. I met Butch, the feline from over the path and he had some interesting news to tell me.”

“But I did not understand. It sounded like you were having an argument.”

“We were having a scientific discussion about the development of a tenth life and our feline burger delivery. Butch speaks Meowchong dialect, which is not the same as my dialect.”

“What dialect do you speak Tabby?”

“Macmeow of course, developing from the pharaoh days when we were worshipped as gods.”

“And meowchong is not from the gods.”

“Oh no, everyone knows that the original Tabby dialect is Macmeow. Even the famous MacDonald bird burger inventor spoke Macmeow. That’s where he got the name for his chain food emporium. By the way I heard he is opening a branch in our local supermarket.”

“But our local supermarket does not allow MacDonald bird burgers produced by felines. I have never seen the restaurant.”

“You wouldn’t. It is only open and visible for those with the nine lives. Actually Butch and I were discussing the order we placed on our pawpads. They also have a courier service. If a feline arrives at the door wearing a white hat with the inscription “Have a big Birdmac for your dinner” he will be bringing our order.”

“I didn’t know that felines eat bird sandwiched in a bun.”

“We don’t. It is garnished with catnip and packed in a crispy ………”

“Tabby, I don’t want to know. Just keep it for yourself.”