Write about what you did last weekend as though you’re a music critic reviewing a new album.

What new album or week-end? The one I recorded a week ago, or the one that I started to record this morning, 6-7 hours ago. I think we should define this prompt a little more exactly, it has begun where the needle has stuck. OK, we now have CD’s and iPod stuff so there are no more needles to stick in a groove, just recordings that go bad in between, but in the spirit of the daily prompt promoted by promoters that do not even read what the prompt is about, but just do a copy paste somewhere in Silicon Valley, I will do my best to define the first tracks. 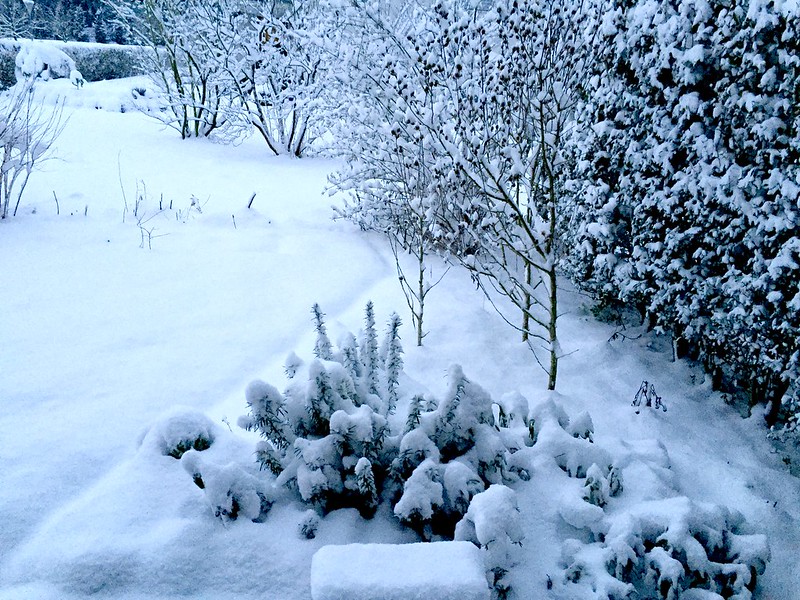 It was a slow start to the album which was entitled “How to thaw out old ideas”. The tracks were cold, the same old thing. They were encrusted in a frozen atmosphere due to outside conditions  and only began to melt when Mrs. Angloswiss did a warmed up version of a cup of tea together with a slice of bread and cottage cheese, covered with a cranberry topping. It was then that some life came into the album, although there was still a lack of enthusiasm.

It seemed that one of her main players, son No. 1, had decided to leave the completion of the album for a day in Zürich. Naturally Mrs. Angloswiss carried on regardless, knowing that the tracks on the album would exist without No. 1 son, as No. 1 son preferred another style of music, more into the thawed out movements from the sixties. We are now in the 21st century and music tastes are different. The first scratch on the new album was on the horizon. There was a stop to production as son No. 1 was occupying the shower and Mrs. Angloswiss wished to continue production by cleaning the room. She discovered an alternative track and move down to the sound of the toothbrush. This was a short interval, but there was still a blockage on continuing production of the new album as the shower was still occupied.

Mrs. Angloswiss decided on a space interval on the track and moved to the kitchen to re-record the arrangements by dealing with the feline food bowls, as a time filler. In the meanwhile she could continue with her original rhythm as the shower had been vacated and sounds of rushing water and the rubbing of a mop on the tiles could be heard, rhythmical and definite.

The next track was a mixture building up to a crescendo of success. The atmosphere changed constantly, in the living room, the corridor and the various bedrooms which allowed some variations on the theme. It was then that the sound assistant left for a musical pause to the nearby town and the album was now set in a calm background, although only half way through, almost a diminuendo. The only soloist was now Mrs. Angloswiss, but even she was too busy to form a melody as the vacuum cleaner had been removed and it was time for another shower interval.

Our leading performer had now completed the main theme of the symphony and moved to the computer to organise the background music to a “Picture This” theme on Blogger. Eventually the grand finale was reached by the preparation of lunch. It was a three part sonata comprising of pasta, vegetable with a strong broccoli flavour, its favoured soloist being the lamb chops.

There was now a pause after the main course and a long interval during which the album was left during a two hour golden oldie rest by its creator.
Posted by Pat Gerber-Relf at 15:36