Take a quote from your favorite movie — there’s the title of your post. Now, write! 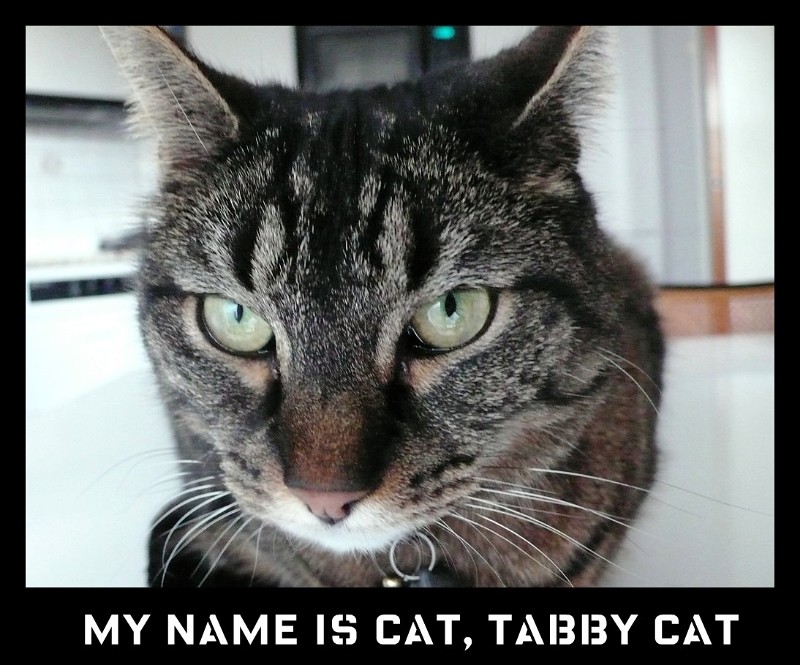 “Is that you Tabby?”

“Yes Fluffy, in one of my best roles. Unfortunately it was my only film.”

“I remember Tabby, it was in the film “Who Killed The Vet” and your famous words were “I will kill them all”.

“Yes it went down in film history. I was a hero, a flame of hope for all felines subjected to the visit to the vet. Do you remember how I pounced on the jabbing machine and clamped it between my teeth. The vet and his assistant came nearer, offering morsels of tuna fish, but I refused. I looked the other way and when they though they had me I pounced. They were screaming for mercy so I jabbed. I then gave a sly feline smile and applied my claws.”

“The director said cut and we all had a break. They had to renew my makeup, painting my teeth red and giving me contact lens coloured red. I was a success.”

“Did you get a Flosker for your performance.”

“No, unfortunately not. The co-star Cleo took the Flosker. She was playing the heroine. I had to rescue her from Butch, a ginger tom cat,  who had decided to kidnap her.”

“Did you rescue her?”

“Oh, but did you make another film.”

“They killed me off in the first film. A giant tuna fish swallowed me. That was the end of a career in film. My famous last words were “After me, the fish”.”

“Butch, Cleo and me. It was the last night of filming at the studio party.”

Click here for more
Posted by Pat Gerber-Relf at 17:37