Write down the first words that come to mind when we say home, soil, rain 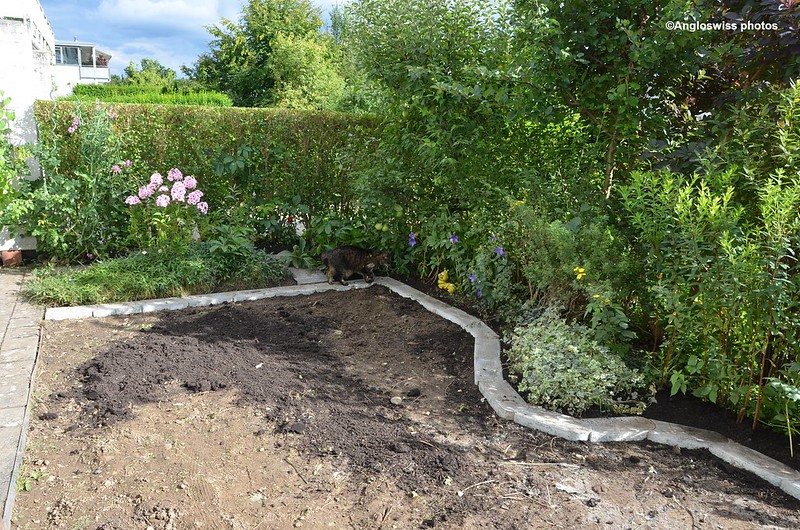 It had been raining in the garden and the soil was laying bare, the gardeners were working on it.

“Hey Fred what’s going on” said one of the worms that usually lived in the soil.

“Don’t know Joe, looks like we no longer have the grass roots to worm our way through.”

“But Fred, we are open to the perils of the upper world. I can see the crows gathering already.”

“No problem Joe, they are not interested in a worm when they can crack a few haselnuts. What worries me are the blackbirds, they are the sly ones. I think we will have to make a dive for it into the underworld.”

“Hi boys, what are you squirming about?”

“Dolores dive, hide, the top of the world has been removed. We are exposed and Joe said the blackbirds are gathering.”

“That’s not a good idea Dolores, the snails took over under the ivy a long while ago and they do it all themselves. You know, reproduction, baby snails and all that.”

“Hey Fred, that is nothing new, we can do that as well and much better. I bet you that we can produce more of our kind than the snails in a week.”

“Yea, but they are bigger and have shells. No, I ain’t going in any bush where the snails live.”

“What’s going on, what’s all the excitement?”

“Hi boss, I was just telling Dorlores and Joe not to go where the snails are in the ivy.”

“No-one is going anywhere. This is our home and we are staying.”

“But the lid of the world has disappeared, we will be eaten by a bird.”

“Then do what worms do and worm your way out of the problem. Start eating and bite the earth. Use your brains, you have enough. Your bodies are full of them.”

“Yes of course. We are not worms for nothing. We get buried in the soil, down deep. We are the kings of the underworld and no-one can beat us. Fred, Joe, Dolores you should be ashamed of yourself. You have the brains of a snail. They just hide in their shell, but we carry on regardless. The soil is even our daily food.”

“But I can feel earth tremours, something is happening.”

Suddenly there were no worms to be seen, they pushed their bodies deeper in the earth and found that the boss had a good idea. After the earth was digested Fred decided to have another look at the roof and it was there again.

“Hey boys and girl, come and have a look, the grass is back.”

“Of course it is” said the boss. “Humans have to have their nice green lawn to show everyone. They call it gardening. So let’s worm our way through a few roots and have fun. Meet you all in the Underworld later. Looks like it might start raining so we should go hide.”

“Yes boss, we all know what happens when it rains on us worms, it turns into a real wash out.”

Click here for more
Posted by Pat Gerber-Relf at 16:48